A Co. Kerry farmer got an unexpected surprise over the weekend when he ventured out early Saturday morning to check one of his cows that had been calving.

The Holstein-Friesian cow – which had been scanned in-calf with twins – had given birth to triplet calves; two heifers and a bull.

The farmer, Ronan Siochru – who is dairy farming in Dingle, Co. Kerry – commented: “She is a fourth calver and, up until now, she has always given birth to a single calf. The mother is out of ZPB and the sired bull is Mystic.

“I went out to check on her Saturday night at about 1:00am and she had one calf out and the other calf was on the way.

An hour later I came back, and I got a surprise when I saw three calves in the pen. I thought I had made some sort of mistake.

He added: “The cow and her calves are doing really well. The cow doesn’t even seem like a cow that has calved. 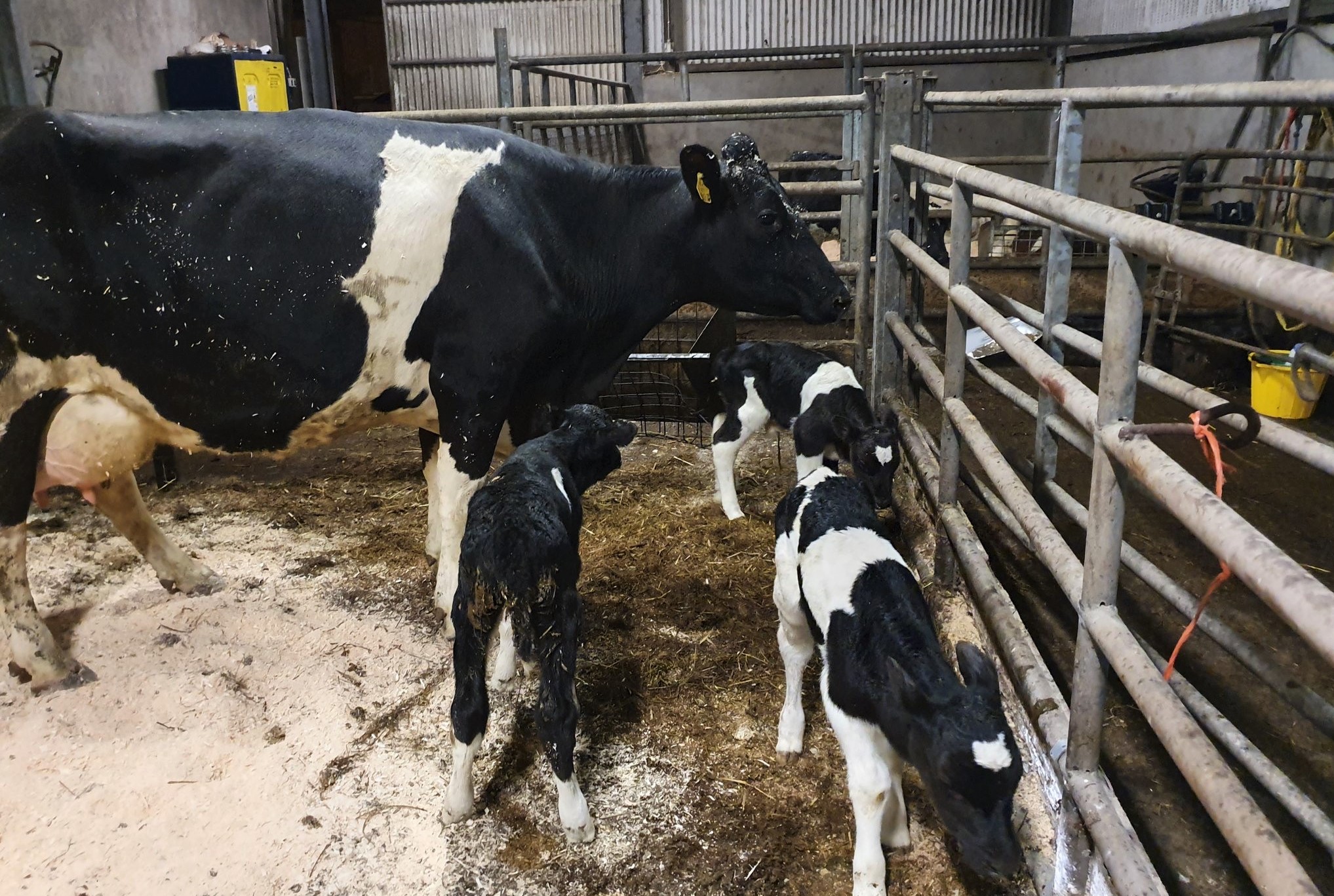 “I done a bit of research to see what the chances are of the two heifers being fertile. I found out that if the heifers have the same amount of black and white on them, there is a good chance that they will be.

“They seem to have an even enough amount of black and white, so hopefully they will.”

Avoid getting up during the night this calving season; here's how...