Back in focus: Breeding from within…to reduce costs and disease

The 22-year-old University College Dublin (UCD) animal and crop production graduate had just accepted a two-year masters in Agriculture Innovation and Extension with Teagasc at the time of the visit.

Alongside his mother Catherine and his brother Kieran, he runs a flock of 120 mule ewes and 15 pedigree Charolais cows in the heart of Mayo.

The farm operates a mid-season lambing lowland flock, with all lambs sold off the farm by December.

“We used to buy in a lot of Mayo mule hoggets. However, to reduce disease and lameness, we decided to start breeding our own mules. There are 40 Lanark ewes crossed with a Blue Leicester ram to produce these replacements. The mule ewes on the farm are crossed with Suffolk and Charollais rams.

“The aim is to have three-quarter mules and one-quarter Lanarks, with the Lanark being used to breed replacements. Every year, there are a small amount of Lanarks being purchased from a known source.

This year, Martin bought a Texel ram lamb – with an eye on the Clean Livestock Policy – and the view of selling breeding lambs from the mule ewes.

Four rams ran with 126 ewes. These included: two Charollais; one Texel; and one Bluefaced Leicester ram.

The farm has always been a mixed holding. It was primarily a dairy farm up until 2002, but there have always been ewes on the farm. Previously there were 200 ewes; however, in recent times the flock has been reduced to 120-130 ewes.

At the time of the visit, ewes were body condition scored (BCS) and foot-bathed. Ewes are currently being flushed; they are on reduced grazing at the moment. There are paddocks being saved for the ewes for when the time comes to increase their plane of nutrition. Ewes will also receive a mineral bolus, as part of the Sheep Welfare Scheme.

Martin turned out his rams on October 5, to begin lambing on March 1.

Rams had gotten their ‘NCT’; key areas such as: BCS; feet; testicles; and teeth were checked. Having carried this out, Martin has decided to cull one of his rams, due to having bad feet and missing teeth, with two rams set to be purchased.

Rams are fed oats and concentrates for six weeks to build up energy with a target BCS score of 3.5 at turnout.

The rams were dipped in a zinc sulphate bath for five minutes and then left to stand on clean concrete for 10 minutes. To try and compact the lambing season, one ram was run with 25 ewes. 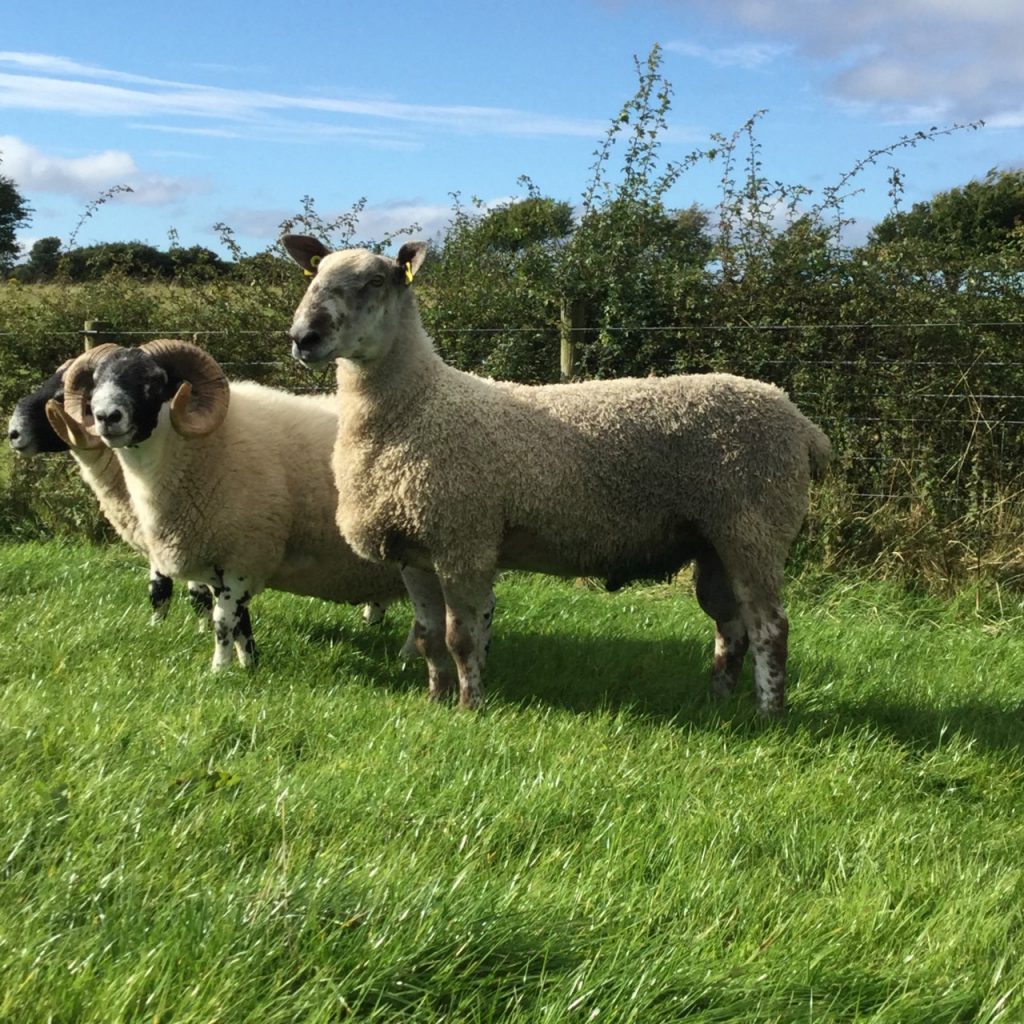 There are currently four rams on the farm. The target every year is to have one ram to serve 30 ewes.

There was a high culling rate this year, due to mastitis and age. Lameness is not really an issue on the farm. Martin puts this down to not buying in stock – with only stock rams and a small number of Lanarks purchased every year.

“It has been an exceptional year for grass growth; the main issue this year has been grass utilisation and controlling it. I have taken out a lot of paddocks for round bales due to having a low stocking rate and struggling to stay on top of the grass.

“We have spread very little fertiliser this year and we only made one cut of silage, with surplus bales left over from last year.”

Martin tries to make one cut of silage as they try to feed ewes first-cut silage only. The target date for cutting silage is the last week in May. This year, all the silage was made by May 21.

The aim is to produce silage with a high dry matter digestibility (DMD) of 70%; and dry matter (DM) content of 30%.

Being an ex-dairy farm, it is well laid out, with paddocks in place. Paddock size is 0.8ha (2ac). Last year, Martin made a new roadway through the farm, which has improved access to fields. 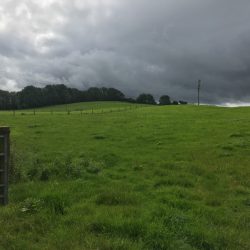 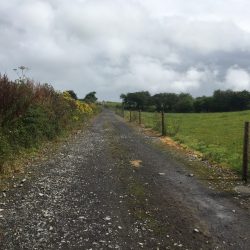 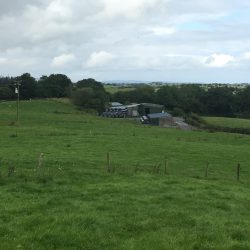 During the summer, Martin drafts his lambs every two weeks at a liveweight of 45kg.

He explained: “This year, we saw a decent return, with ewes scanning 1.8 lambs and weaning 1.6. The aim is to push this to two lambs per ewe and wean 1.75.

It has been dragged down a little bit by the Lanark ewes – which aren’t as prolific.

The mule ewes scan very well; however, with a lot of young ewes currently on the farm, as the flock matures, I hope to see this increase.

Due to work commitments; purchasing land two years ago; and putting new infrastructure in place last year, Martin won’t be increasing ewe numbers as the farm is at full capacity currently.

The aim is to breed good-quality replacements within the flock and reduce costs as much as possible. Down the line, Martin hopes to build a second sheep housing facility, with the aid of the Targeted Agricultural Modernisation Scheme (TAMS).

Prices are good at the minute; earlier in the year, they were quite poor. I would like to see lamb prices staying at what they are currently at – €4.90-5.00/kg.

While also running a commercial and pedigree herd of cows, Martin’s time is well and truly tied up. He believes if the national suckler herd is reduced this will have a huge impact on the beef industry and pedigree breeders alike, as there won’t be a market for pedigree bulls.

“The future of the pedigree breeder is dependent on the customer – who is the suckler farmer. If there is going to be a cull of 500,000 cows from the national suckler herd, it will really decimate the market for pedigree bulls in Ireland.

It all depends on the Government stance on climate change…on how it plans to alleviate our carbon footprint.

“I believe we are a very carbon efficient country in producing beef. A vast amount of land, especially in the west of Ireland, can only support drystock farming. This is the best use of the land to produce food – not forestry, which is being mentioned as a possible alternative to drystock farming.”