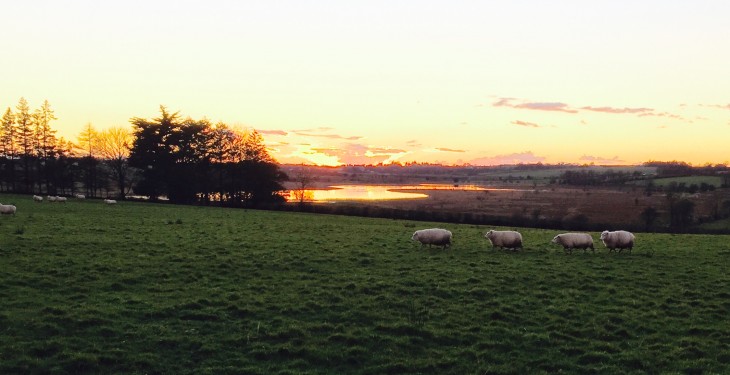 The Annual IFA Farm Income Review, compiled by IFA Economist Kevin Kilcline shows that National Farm Income in 2015 is estimated to have fallen over 3% or €75m on 2014.

IFA National Chairman Jer Bergin, responding to the estimates, noted said that in real terms, farm incomes continue to fall, with National Farm Income in 2015 estimated to be only 67% of 1995 levels.

“When compared to other sectors of the economy, average family farm Incomes are only 55% of the average Industrial Wage.

Bergin said despite the sector’s positive contribution to economic recovery, profitability at farm level clearly remains a major challenge across all farming enterprises.

The fall in aggregate National Farm Income in 2015 was driven by a sharp fall in milk prices and dairy farm incomes. While there was also a fall in the prices for pigmeat, cereals and poultry, prices for sheepmeat, beef, poultry and potatoes all increased.

Output volumes are estimated to have risen significantly for the dairy and cereals sector while there was also some rise in cattle, sheep and poultry volumes.

Good growing conditions for pasture and crops resulted in the maintenance of low input volumes and costs, and high output volumes across most sectors.

The dreadful weather conditions and flooding experienced at the end of 2015 will have knock-on cost implications and have also caused significant disruption to the horticulture crop harvest.

These impacts will manifest themselves in the National Farm Income estimates for 2016, the IFA says.

In the beef sector, an increase in beef prices of 8% for finished animals, together with a reduction in costs, led to an overall rise in output value. While cattle farmers availed of increased beef prices, initial Teagasc farm level estimates show livestock incomes remain low at €15,000 and €17,000 for suckler and beef finishing enterprises respectively.

Across the other sectors, sheep farms recorded a marginal increase in prices, reflected in a slight increase in the estimated farm level income on sheep farms, of approximately €16,000.

The pigmeat sector recorded a fall in price and a continued increase in output, reflecting further advances in productivity. While there was a fall in feed costs, it was insufficient to compensate for the 19% drop in pigmeat prices resulting in a fall in margin for 2015 on pig farms.

Kevin Kilcline said despite the positive price movements in markets for sheepmeat and beef product, the majority of farmers in the tillage, beef and sheep sectors remain completely income reliant on direct payment support.

“In other words, their costs of production were equal to, and on in most cases, greater than, the market returns for their product”