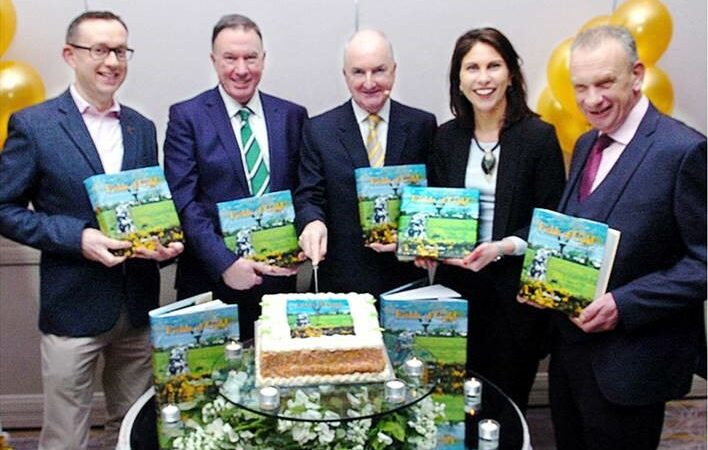 The attendance listened to tributes from special guest, RTE’s northern editor Tommie Gorman, to those involved in a book that was two years in the making.

The veteran RTE journalist, a native of Co. Sligo, said ‘Fields of Gold’ was much more than just a history of farming in the west. It was, he said, also a remarkable record of the social and political backdrop from the late 1800s to the present day.

He said he was astonished at the amount of information contained within the 576-page volume and described the book as “one of the most important publications to emerge from the west of Ireland in recent years”. 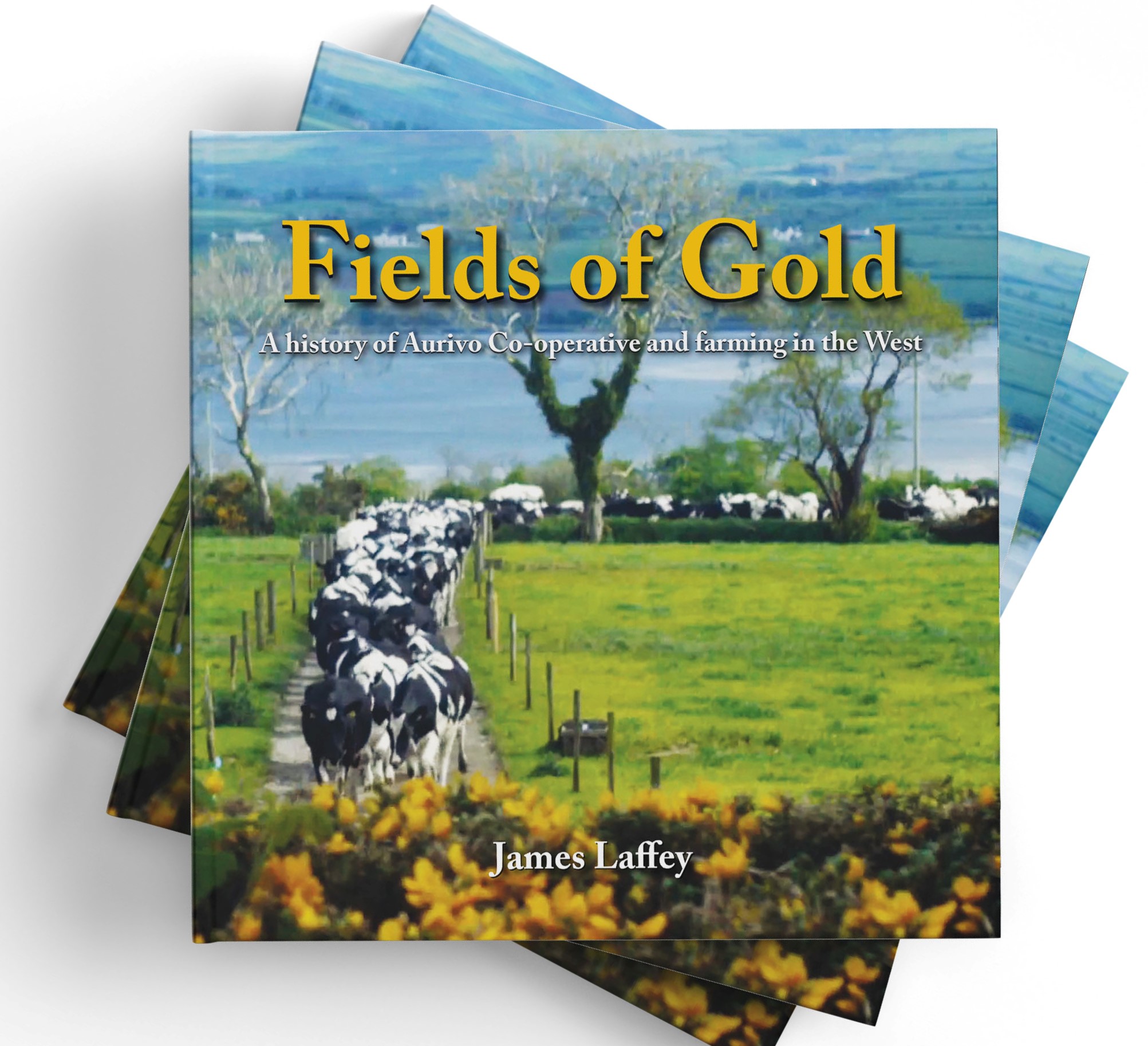 In particular, ‘Fields of Gold’ captured the essence of life in Connacht and Co. Donegal throughout the past 125 years by broadening its focus beyond farming to include a wealth of previously unknown social history, said the RTE editor.

One of the interesting features of the evening was a panel discussion involving four of the five original founders of North Connacht Farmers: Jim O’ Mahony; Michael Farrell; Seamus Monaghan; and Tony Barrett.

The four men recalled the challenges they faced in the early 1970s in persuading many of the older shareholders in co-operatives like Achonry and Gurteen to put traditional rivalries to one side and amalgamate for the good of farming in the north-west.

An additional panel made up of Aurivo CEO Aaron Forde and chairman Pat Duffy reflected on the different challenges that affect the business today and the hopes that lie for the future.

Author James Laffey, who sat on both panel discussions, explained that the co-operative movement in Connacht was unique because the leading societies were based in Sligo, but the majority of their shareholders were located in Co. Mayo.

This unusual situation developed because the co-operative creamery movement prospered in Sligo in the first half of the 20th century as a result of the patronage of the Gore-Booth family of Lissadell.

However, in Mayo, co-operative creameries did not exist, apart from a failed venture in Balla in the 1930s that is chronicled in the book.

There were plaudits on the night for Aurivo CEO Aaron Forde; chairman Pat Duffy; and the board members of Aurivo Co-operative who commissioned the book and gave the author full editorial independence in chronicling the history of NCF, Connacht Gold and now Aurivo.

As he launched the weighty tome, Tommie Gorman said he was particularly struck by the “warts and all” approach that had been adopted and how the book focused on the failures and controversies as well as the successes.

James Laffey had plaudits for the research committee of Jim Kelly; Michael Morley; Pat McHugh; and Peader Kivlehan, who brought more than 150 years’ experience in the co-operative movement to the project.

‘Fields of Gold, A history of Aurivo Co-operative and farming in the West’ is available in all Homeland stores, in book stores in the west and online at: www.homeland.ie. 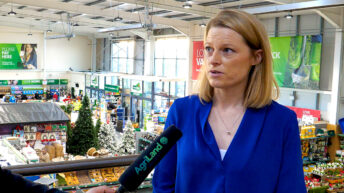 Homeland.ie: ‘Our range is very much agri focused; it will suit our farming customers’