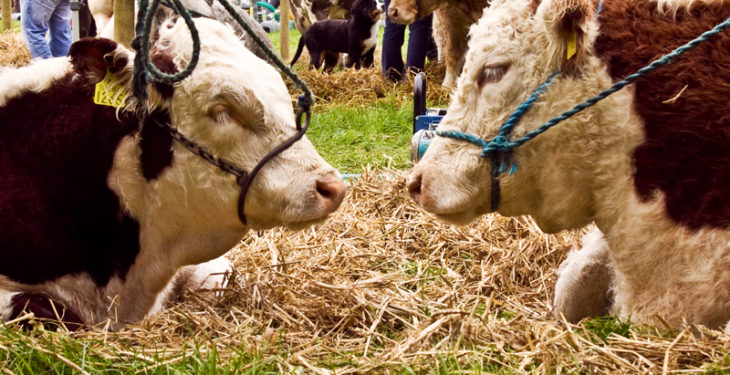 There is a number of prominent agricultural shows taking place this weekend to finish off August in style.

The length and breadth of the country is provided for with shows set to take place in counties Kilkenny, Cork, Sligo, Meath, Limerick and Galway over the two days.

Kicking things off on Saturday (August 26), will be the Ballygarvan Agricultural Show, with competitions getting underway at 11:00am.

There will be classes for cattle, sheep, ponies and poultry, while a dog show and dog obedience demonstration is also pencilled in. A vintage threshing demo will also take place on the day.

There will be a flower arranging demonstration and a kids’ ‘make and do’ in the arts and crafts tent to keep the whole family amused. The local tug-of-war competition will be fiercely contested from 4:00pm on the day.

Also on Saturday will be the Iverk Agricultural Show, which is scheduled to take place in Banagher, Piltown, Co. Kilkenny.

An action-packed show is promised, with a host of activities planned for the day. Events kick off with a show-jumping competition beginning at 9:00am.

First established in 1826, the Iverk show is claimed to be the oldest show in the country, having lasted some 191 years. The total prize fund for the day is expected by organisers to be in the region of €90,000.

The show will be officially opened at 11:00am by the Taoiseach, Leo Varadkar.

There will be two Aldi/ABP Irish Angus Bull Calf Championship finals on the day, which will kick off at 12:30pm, followed by the All-Ireland Broodmare and Foal Championship at 1:00pm.

A stated aim of the show’s committee is to “encourage everyone ‘from field to fork’ to produce the best they can”.

Another Saturday event will be the Enniscrone and District Agricultural Show, which is all set to go in Castleconnor Community Centre, Corballa, Co. Sligo, from 10:00am.

Classes for cattle, sheep, and horses will be judged on the day, while there will also be a home industries section in place, plus trade stands and family events.

The Queen of Enniscrone Show competition will take place and music will be provided by Mick Flavin from 1:00pm until 3:00pm on the day.

Moving onto Sunday’s events, the 88th annual Limerick Show will take place at Limerick Racecourse. The event, which, according to organisers, “aims to bring the people of Limerick City and County together”, will host up to 15,000 visitors, 1,000 competitors and 150 trade exhibitors on the day.

New to this year’s show will be the Limerick Show Food Village. The Food Village will showcase the best of local produce and promises to be a “feast for the senses”, organisers claim.

The show will exhibit some of “Ireland’s oldest inhabitants” – native Irish farm animals. Included in the event’s display will be Droimeann, Irish Moiled, Dexter and Bo Riabhach cattle as well as Old Irish Game Fowl and Galway sheep.

In Co. Galway, the 54th annual Oughterard Agricultural Show will also be held this Sunday, in Oughterard.

There will be classes for horses, cattle, sheep, ponies and dogs. ‘Domestic Arts’ will also be a big draw, with competitions for baking, photography, crafts, ‘best selfie’ and ‘rose of the show’.

A donkey derby will also run in the afternoon, while there will also be children’s entertainment provided.

According to organisers, the event will highlight the agricultural heritage of Inniscara, with “fun and attractions for all the family”. Taking place on the August afternoon will be competitions for arts, crafts and baking, along with an animal show.

The Girley Harvest Festival will spring to action in Girley, between Kells and Athboy, Co. Meath, at 12:00pm on Sunday.

There will be a range of farm animals on display on the day, along with plenty of family amusement.

A play centre will be in place for the kids, with a ball pool provided, while music will be performed by a local country singer. There will be a dancing area for anyone wishing to show off their dancing skills.

A dog show will be held, while for the sports enthusiasts, two tents will be erected with TVs to show the GAA action in Croke Park between Dublin and Tyrone. One of the organisers, John Curran, encouraged people to come along, saying everyone is welcome to the festival.

Finally, in Co. Galway, the Monivea Fair will be held in the village of Monivea from 11:00am until 6.30pm. The event will feature classes for sheep and poultry, as well as a dog show, a pet show, a threshing demonstration and a vintage display.

There will be a funfair held on the greens, while there will be competitions for ‘bonny baby’ and fancy dress. Butter making, wood carving and turning will also be seen in action. Art, craft, food and trade stalls will be present on the day. Admission is free.

Monivea Fair is a fundraising event run by a voluntary committee to meet the running costs, maintenance and development of the Fr. Sammon Community Centre in Monivea.

With such a well spread out range of shows, there will be no excuse not to see out the last weekend in August with some proper agricultural community spirit. 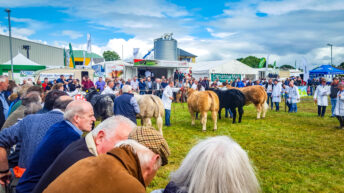