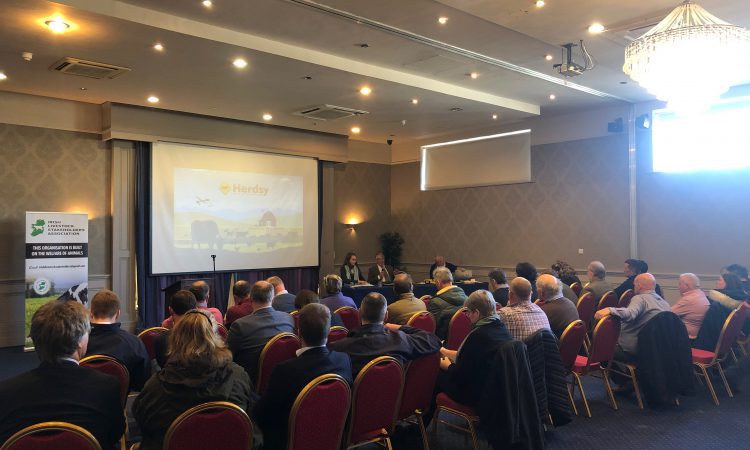 The forum was organised by Seamus Scallan of Wicklow Calf Company. The new association’s motto states: ‘This organisation is built on the welfare of animals.’

At the stakeholders’ meeting, Glanbia’s vice chairman, John Murphy, said that dairy expansion has been “really good” for rural Ireland and noted Glanbia has expanded its production by about one billion litres of milk in the past four and a half years.

He also outlined: “How we deal with our calves will dictate our licence to produce milk going forward.”

Scallan explained why he decided not to join, saying he was “not happy” with Bord Bia and noted that he felt the group was based on cattle exports and not calf exports.

The starting time of 11:00am for the meeting was delayed by almost an hour as a person had entered the meeting that was not invited and was described as having “conflicting interests” with the topics being discussed in the room.

The meeting was chaired by James Hill and no committee was elected on the day as it was felt people needed time to “digest” what had been outlined at the meeting.