Animal disease: ‘We tend to forget that health is the default for every species’ 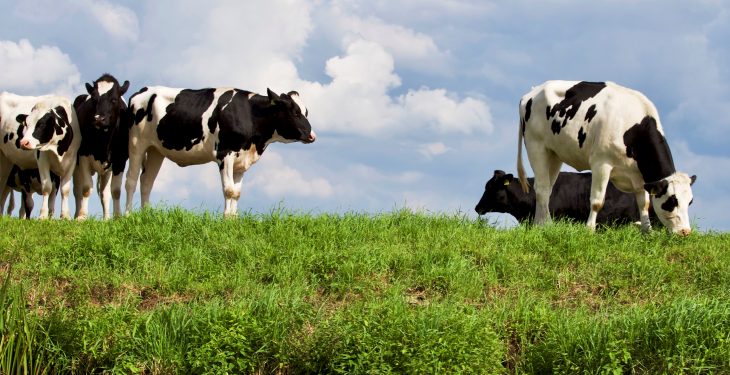 A University College Dublin (UCD) professor has said that people tend to “forget that the default position is one of health” for every species.

In light of recent fears brought on by Covid-19 over the spread of disease from animals to humans, along with an ongoing increase in bovine TB cases in Ireland over the last number of years, associate professor at the UCD School of Agriculture and Food Science Kieran Meade has said that health is the default position for both animals and humans.

‘Misconceptions about infection and disease are common’

Professor Meade said that “misconceptions about infection and disease are common”.

“Livestock diseases have a deadly impact – there are direct and many hidden costs associated with such diseases for both animals and for man and, rightly, we focus a lot on understanding diseases in order to detect and treat them more effectively,” Prof. Meade explained.

However, we tend to forget that the default position is one of health.

“Rather than exclusively focus on what makes the 10% of livestock ill, it may be useful to also ask what keeps the other 90% healthy, at least most of the time.”

‘View ourselves and livestock as a living eco-system’

Prof. Meade said that it is only in recent years that “attitudes towards bacteria and other microbes have begun to change”.

“Since the advent of antibiotics, it became commonplace to see microbes as the enemy,” he said.

Whereas today, we are now familiar with the microbiome – the sum total of all the microbes – bacteria, fungi, protozoa and viruses – that live on and inside the host’s body; and accept that not all microbes are the enemy.

“It makes complete sense that when we start to view ourselves and livestock as a living eco-system, non-targeted antibiotic usage and a sterile environment no longer seem like a good idea.

“Culturing a protective microbiome is now seen as a preferable way to protect ourselves.”

Prof. Meade explained that while people are familiar with ‘hygiene hypothesis’ – which suggests that being too clean contributes to the emergence of autoimmune disorders and allergies – it is now recognised that there is an “intricate dance between microbes and the host in order to identify which bacteria is friend [commensal] and which is foe [pathogen]”.

“However, even that delineation is a fictitious one as a microbe that causes no harm in one area of your body, such as a commensal in your intestine, is a different entity should it turn up in your lung,” Prof. Meade continued.

What is a weed? Only a plant in the wrong location and, in the same way, commensal bacteria can become pathogenic if circumstances change.

“Research on the microbiome is now showing that hosts, including humans and livestock species, can tolerate very high concentrations of microbes without any ill-effect.”

Health is the default position for every species

The key to keeping ourselves healthy, according to Prof. Meade, is the immune system.

“What has been studied in livestock is usually in light of specific diseases, but mechanisms which maintain health have a lot to teach us,” Prof. Meade continued.

“Even vaccines require a functional immune system to work well. What nature does rather elegantly is target infectious organisms using a multi-tiered approach which prevents the development of resistance.

“In terms of finding new solutions for the scourge of livestock diseases, maybe we should start by looking in more detail at mechanisms of homeostasis and health in all species.”