Offaly County Council has granted conditional approval for plans to extend and develop a meat processing facility worth a reported €40 million this week.

The planning application for the investment, made by Banagher Chilling Ltd, was granted approval by the local council on Monday, July 27, according to the authority.

The application itself seeks planning permission for a substantial amount of development to the site.

It seeks a single-storey extension to the existing abattoir of 1,061m² to include: processing rooms; staff changing rooms; offices; to increase roof height by 12m; as well as extending existing lairage and elevation alterations.

Advertisement
In addition, it seeks the construction of a food processing factory of 4,925m² with a part first floor of 2,299m² to include processing rooms, a cold store, a loading bay, chill rooms, plant rooms, staff changing rooms, a staff canteen and administration offices.

An Environmental Impact Assessment report and a Natura Impact Statement were also included in the application.

According to local radio station Midlands 103, the investment is worth €40 million, and is expected to bring 250 jobs in construction, with a further 150 in the operation of the plant.

The radio station noted that it’s hoped the facility will offset job losses from Bord na Móna in the ‘Faithful County’ and open opportunities to the Asian market for beef farmers. 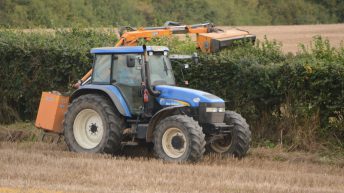 Prosecution for hedge-cutting during closed season in Co. Offaly