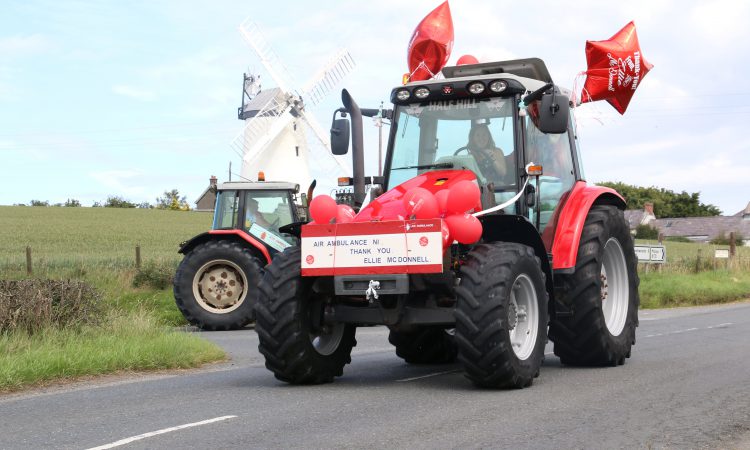 Tractor drivers from across Co. Down have smashed the £9,000 mark for Northern Ireland’s Air Ambulance.

The Ards Peninsula Tractor Run saw 246 local enthusiasts bring their tractors, trucks and vintage cars out for the 16-mile route. On the day £6,926.56 was collected, with a further £1,277 donated on the group’s Just Giving page.

A spokesman said: “This is a fantastic amount and again we would like to say ‘thank you’, to all who attended and contributed.

I think everyone was glad to get a day out – we have had a tremendous response and want to thank everyone for all their generosity.

Taking place on Sunday, July 19, the tractor run was one of the first agricultural gatherings to be given the go-ahead since Covid-19 measures were first brought in in March.

Advertisement
Starting at Millisle Main Street, the run took participants around the scenic villages of the island’s most easterly point – past the famous Ballycopeland Windmill and Mount Stewart Estate, finishing an hour and a half later back in the seaside village.

All proceeds from the event will go to Air Ambulance NI – a cause which has helped several farming families locally.

“There are four or five people living down the peninsula who owe their lives to the air ambulance. It’s something everyone can support because you never know when you will need it yourself,” the spokesman explained.

“We set the minimum donation at £20 for this one because it’s possible it could be the only run taking place in the area this year.

Normally at this time of the year, there would be a run on every weekend and we happily pay to take part in those every week so we thought we would set the minimum donation accordingly. 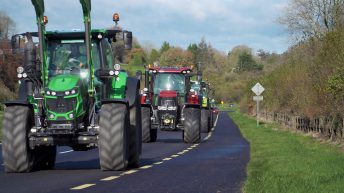