Angus bull calf tops the sale at €410 at Enniscorthy Mart 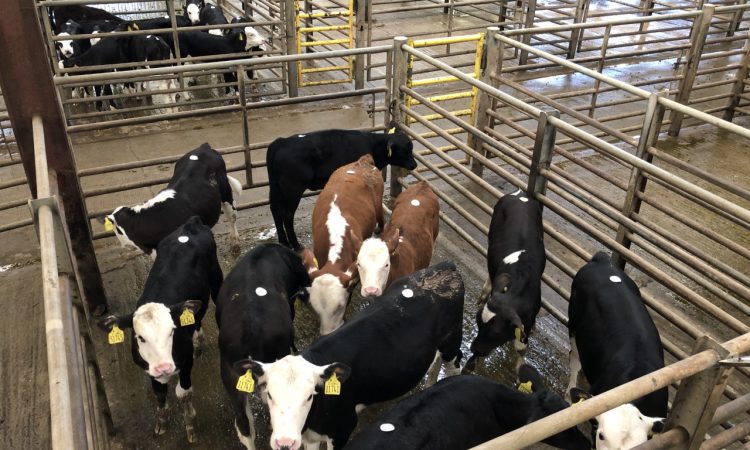 A small entry of just over 50 calves were presented for sale at Enniscorthy Mart on Wednesday last, August 12.

The sale, which consisted of mainly reared calves, saw a lively trade that resulted in a near full clearance.

According to the assistant mart manager, Kevin Murphy, calf numbers have slowly been declining week-on-week.

The sale was mainly made up of continental-cross, Angus-cross and ‘whitehead calves’, with very few Friesian calves on offer.

Speaking to AgriLand about the trade, Kevin said: “We had a small calf sale this week, which was similar to last week.

Many of the calves that were presented for sale were reared or almost reared with only a small number of suckler calves on show.

“Of what was present, there was a lot of quality all of which sold well. For the time of the year, there was a good attendance, which resulted in a strong trade, with many of the buyers travelling long distances.”

On the day, continental-type bulls made anywhere from €175/head for young calves up to €400/head for reared ones, while continental heifer calves made from €150/head up to €390/head.

According to Kevin, Friesian calves were very scarce on the day, with ‘soft’ Friesians making between €60/head up to €100/head.

Strong Friesian calves made from €180/head up to €330/head for ‘good quality reared calves’.

‘Whitehead’ and Angus heifer prices ranged from €130/head for ‘soft calves’ up to €250/head on the day, while stronger heifers made up to €355/head. 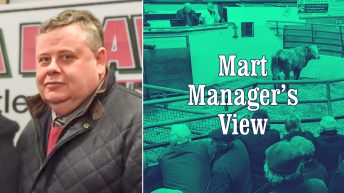