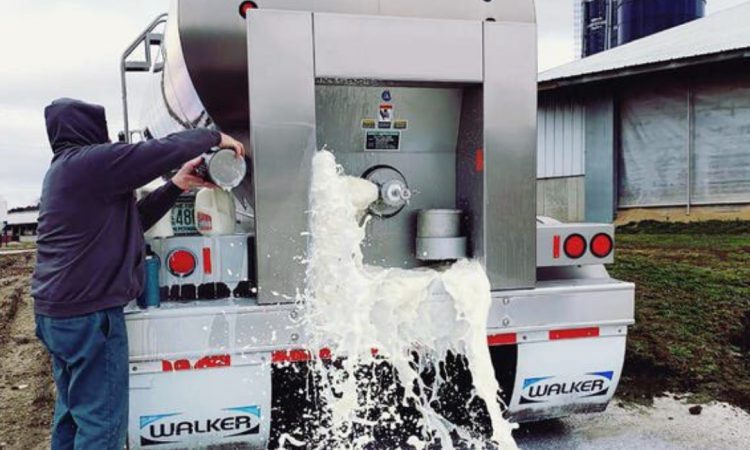 A number of farmers in the US and Canada have been forced to open their bulk tanks and dump milk as Covid-19 hits American production.

US dairy companies have seen a surplus of milk due to reduced needs in the food service sector, meaning that firms have been forced to “cut or change production schedules or build inventories”, according to corporate communications vice-president of Dairy Farmers of America, Kristen Coady.

In a statement to US media outlet The Midwest Farm Report, Coady said: “Due to the excess milk and plants already operating at capacity, there is more milk right now than space available in processing plants.

This, in combination with the perishable nature of our product, has resulted in a need to dispose of raw milk on farms, in some circumstances.

“We continue to work with our customers to explore additional options to retain as much value from our farm families’ milk as possible and to exhaust all possible avenues to find a home for their milk,” the representative of the largest dairy firm in the US said.

Taking to social media, farmers in the US state of Georgia and Canadian state of Quebec provided eyeopening accounts of emptying their bulk tanks.

It is understood that co-ops are compensating suppliers who are asked to dispose of their milk.

Georgia-based dairy farmer and vet Paul Johnson had to dump 48,000lb of milk at the request of his cooperative earlier this week.

Well our turn came tonite. Coop called and said pull the plug on this 48,000 lbs. May have to repeat again in the morning. Seems so surreal to be doing this. Just not natural! @foodsheds @drdairy50 @DamianPMason @gadairygirl @donschindler #COVID19 pic.twitter.com/bVeEMZoiiN

Meanwhile, things are no better for some farmers further north in Canada.

Archer Dairy, a farm enterprise milking water buffalo in south-west Quebec, has also required to release milk down the drain.

You see dumped milk. I see everything I’ve worked for in my life going down the drain. #COVID19 pic.twitter.com/M5D1nlAYJb

According to another report, while some dumping “usually occurs during the US spring”, this year it will be “even more aggressive”, Alyssa Badger, director of operations at HighGround Dairy in Chicago, told Bloomberg.

While these reports are emerging, it is unclear how many producers have been asked to curb supplies by American processors at this time.

The US Department of Agriculture (USDA) said that the recently signed CARES Act “contains $9.5 billion in assistance for agriculture producers who have been impacted by Covid-19 along with a $14 billion replenishment to the Commodity Credit Corporation”. 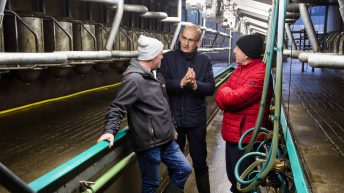