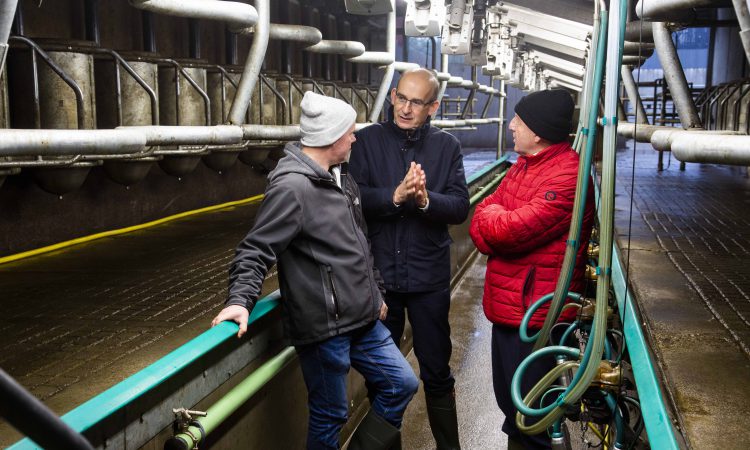 Milk price cuts are “inevitable” over the coming months, with one dairy giant projecting a reduction beyond 2c/L as the sector braces itself for a Covid-19 hammer blow.

While urgent steps are being taken to protect the sector at national level – all of the country’s processors are collaborating and sharing information in a bid to manage processing disruption; next month’s milk cheque will not escape the contagion.

Speaking to AgriLand, Jim Woulfe, the CEO of Dairygold, gave some insights on milk price outlook for the months ahead, as peak milk production is set to coincide with the peak outbreak of the highly-infectious virus.

It is next to near-impossible to put a number on it at this moment in time because the powder side has fallen well away.

“Cheese is only now recently impacted; butter hasn’t been impacted much yet – so it’s going to be that balance of products that are going to bear the true price correction.

“But you are looking at a reduction – and it will be more than one or two cent per litre,” he said.

While March prices may not be as significantly impacted, Woulfe says the “full brunt” will happen in April, May and June.

With the EU skimmed milk powder price having fallen from €2,500/t to €2,000/t; while cheese and butter has fallen to €100/t, the CEO says its milk price will land “somewhere in between” when the co-op sits down to look at accounts in the next 10 days.

“That’s all I want to say on it at this point. I can’t put an exact number on it; but it’s looking pretty negative at this point in time,” he said.

Woulfe was speaking following the publication of Dairygold’s financial results for 2019 – having reported an annual turnover of €1.02 billion, an increase of €27.5 million (2.7%) on the previous year.

Dairygold’s 2,750 milk suppliers expanded milk production by 50 million litres during 2019, to deliver a record 1.39 billion litres of milk to the cooperative over the 12-month period – representing a 65% increase in milk production since the abolition of dairy quotas.

Last week, Dairy Industry Ireland (DII) warned of challenges posed by potential sharp rises in absenteeism at processing sites – a scenario that could possibly lead to mechanical failures and the loss of individual plant operations.

To avoid such a scenario DII is advising processors to take the following measures:

When asked about current absentee levels among the Dairygold workforce, Woulfe described the situation as “manageable”.

“In today’s environment people that have head-colds, or earaches, or headaches are going to their medical doctor and are then going into isolation straight away; so there is a very different dynamic.

“What in the past might have been brushed off by saying ‘I’m feeling a little under the weather’ is becoming now, in certain circumstances, a fear factor that they are after contracting something.

From that perspective absenteeism is higher than normal; but we’re still able to manage the business due to the good work of our Pandemic Response Steering Group.

In practical terms, Dairygold is managing its staff through tailoring its rostering system and through increased flexibility at its plants – however, concern remains around its more high-tech processing roles.

“In key areas where equipment is highly technical in nature, where there is nuance and know-how built up over years, like cheese making – they are the areas that you have to be extra sensitive on.

“But there is a huge amount of collaboration going on with the other processors; there is very positive engagement on how we can work together to ensure that our processing industry stays on track during this peak.”

After a decade of significant growth and success for Dairygold – which translates into a 75% increase in milk solids supplied by its farmers – Woulfe notes how quickly the landscape has shifted during the first quarter of 2020 due to damage from the coronavirus.

The reduced demand for milk powder on the Asian side of the market has been particularly pronounced.

“It has been a phenomenal decade for the dairy industry just ending in 2019. We played our part in that and we have a very well invested business across our dairy and agri operations.

“We invested €85 million of cash in capital projects during the year; while debt is gone up to €157 million it’s manageable. We’re happy to be where we are from that point of view.

March 31 was the close of the first quarter. The change in climate and business dynamics over the first 90 days – and how much it has changed over 30 days – is huge.

“Covid-19 is a rapidly evolving situation…it is rare that you have a risk identified that would be capable of wiping out potentially the whole industry in the global context on the extreme side of that.

“But there is a huge amount of restructuring of people going on; support services are now working remotely to support us with new plants, and things are being commissioned,” said Woulfe.

Keeping the plants going is the “critical priority” for Dairygold, with Woulfe stating that the co-op’s milk producers “are not being made the fall guys here”.

With agriculture and food production deemed an “essential industry” by Government, Woulfe contends that the sector deserves “essential supports” from Brussels to weather the crisis.

But, with the current 20c/L intervention price for milk, Woulfe warns that a variety of tools will be needed at EU level – including Aids to Private Storage (APS).

The impact hasn’t happened at farm level and pricing yet because the prices that are running now in the market won’t be reflected until over the next number of weeks and months.

“APS is one of the tools; but the issue will be about working capital, storing product and getting assistance in that space.

“That will enable us to steer through this period and if it’s as they predict – a V-shaped recovery – that’s ideal for those kinds of short-term storage arrangements or supports from Brussels,” Woulfe concluded. 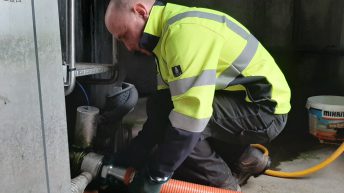 Dairy industry braces itself for ‘probability’ of supply-chain disturbance