There has been very little let up in weather over the past few weeks, with rainfall amounts reaching well above average for the time of year.

This has resulted in rainfall accumulations last week of between one and a half to four times the normal weekly rainfalls for the time of year – with the middle of the country worst affected.

This has lead to soils all over the country becoming saturated and waterlogged, with many parts of the country experiencing extreme flooding.

These extreme weather conditions have left many farmers with no other choice but to continue housing animals. On drier land, farmers are using on-off grazing to keep grass in the cows’ diet.

The wettest weather station last week – Met Éireann revealed – was Knock Airport which recorded 81.6mm of rain or 325% of its average – over the seven days between February 16 and February 22. 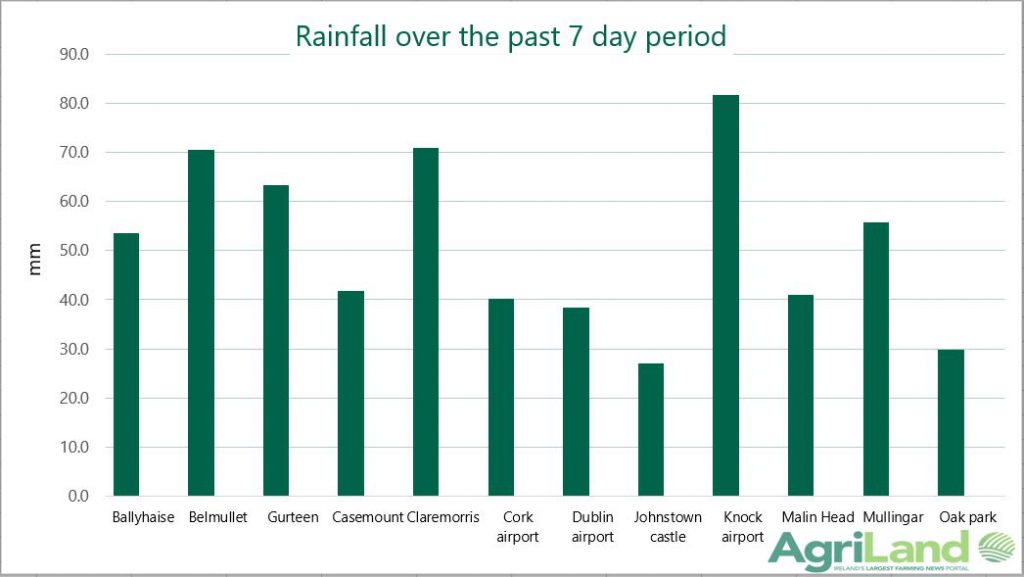 Likewise, Gurteen in Co. Tipperary experienced 63.3mm in those same seven days – which is 393% of its average amount.

The driest station was Johnstown Castle in Co. Wexford where 27.1mm was recorded; however, this still equates to 149% of normal. 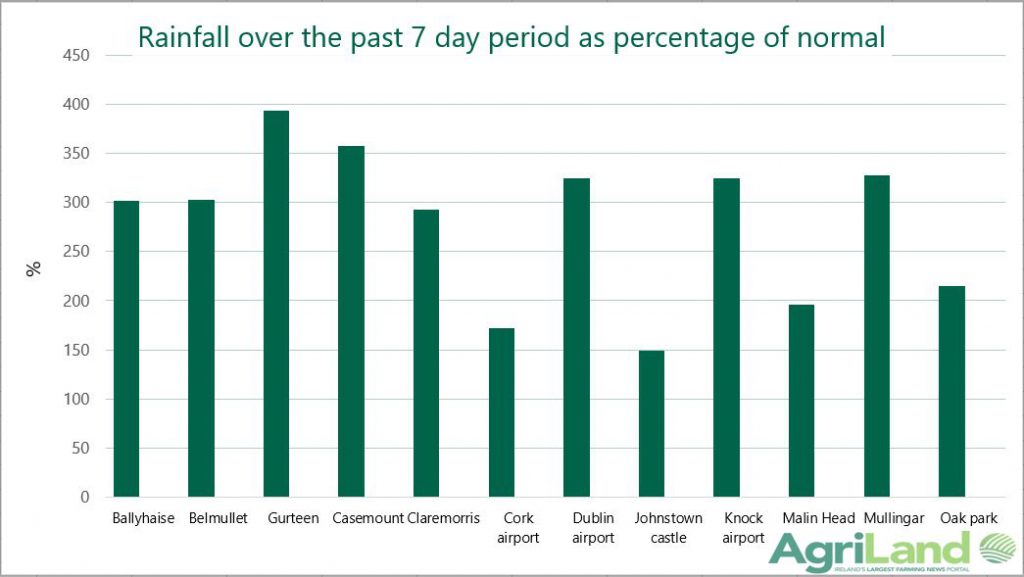 Met Éireann is predicting a similar situation for the coming week with rainfall amounts expected to be above average for most areas.

It is expecting much of the country to get between one and a quarter and two and half times average rainfall, with the highest totals in the north and east of the country.