An ‘almighty crash is imminent’ in the dairy sector, warns ICMSA 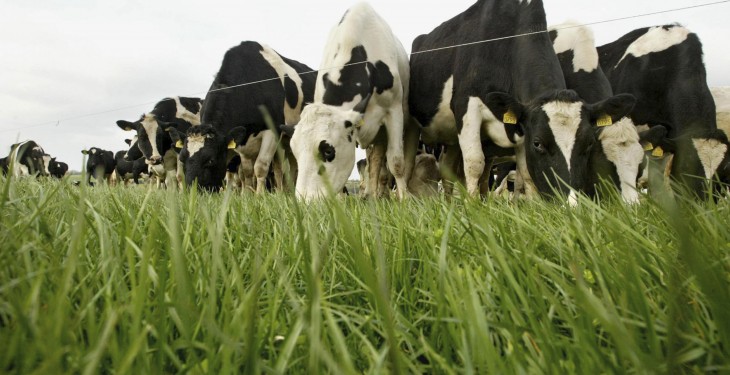 An almighty crash in the dairy sector is imminent in the first few months of next year, ICMSA President John Comer told the National Dairy Conference in Dublin.

He also said that, while he shares the ‘noble’ aspirations the Minister for Agriculture has for out put from the dairy sector under Food Harvest 2020, a maximum number of farm families must be kept in dairying.

Insolvency, the ICMSA President said, needs to be handled correctly and he said that a situation where farmers, who have built up funds, are waiting for their neighbour to become insolvent to buy them out, cannot be allowed to happen.

Better financial management by farmers, he said, is necessary but it’s not the ‘be all and end all’. Everyone involved in the industry, he said, must look at themselves in the mirror and position themselves best, be they farmers or processors. And the ICMSA President said that national tools must also be in place to help deal with financial issues and insolvencies.

Glanbia’s Head of Strategy, Sean Molloy, said the US farm bill has introduced a margin security clause which involves farmers paying a premium to avail of this. “I share the concern that the support mechanisms that are there mean if you have to call on them you are in deep trouble.”

He also said that to ensure food security there must be a food production base that is viable.

Tom Hayes, Chief Executive of Corporate Banking at Bank of Ireland said that planning cashflow is essential, especially over the coming months.”Farming is no different any other sector. Farmers need to be careful about how they fund investment”.

IFA President, Eddie Downey said he would support the idea of selling milk forward and ensure the security is there for farm families. However, he said that the cost of inputs, fertiliser, labour will be vital to the sector being viable.