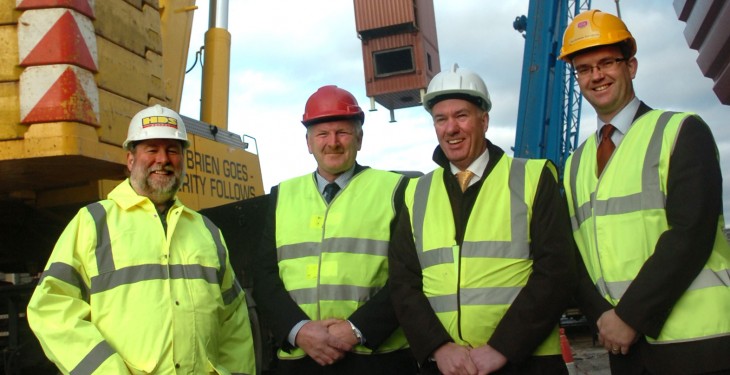 The Roscommon-based group won the ‘leadership’ award for carrying out many efficiency projects and installed a large biomass boiler, using locally sourced fuel, delivering many socio economic benefits to the North West region.

The project has delivered energy cost savings in excess of 33%. Aran Islands Renewable Energy Ltd was named this year’s overall winner of the Sustainable Energy Awards 2014 for its range of energy projects to develop the islands as energy self-sustaining and carbon neutral.

Residents on the three Aran Islands collaborated to establish a co-operative to reduce the islands’ dependence on imported fossil fuels and deliver energy independence by 2022.

The co-op is trialling innovations in renewable energy, running energy awareness programmes amongst resident groups and undertaking retrofit programmes in homes and public buildings. Over 20% of its housing stock will have insulation upgrades by the end of 2014.

The 11th Sustainable Energy Awards reward excellence in energy innovation among Irish organisations of all sizes, across the business, community and public sectors.

Aurivo recently elected its Chairman and Vice Chairman for 2014/15 with Tom Cunniffe elected as the Chairman of the Co-operative and Michael Brennan was elected Vice Chairman.