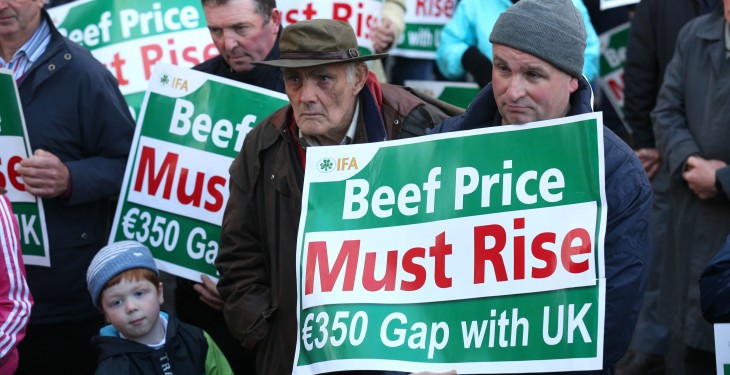 IFA President Eddie Downey has warned meat processors that the current rise in cattle prices must continue, but he fell short on saying what action the IFA will take if this does not happen.

He warned the factories that the upward movements on cattle prices must continue to fully reflect the strong increase of over 30c/kg in recent months from our main export market in the UK.

Following a meeting of the IFA Executive Council in Dublin this week, Eddie Downey said the farmers who took part in the IFA protests have made it abundantly clear that they are not prepared accept loss making cattle prices from the factories when market returns are on the increase. He warned the factories that farmers expect beef prices to continue to rise and fairly reflect increased market returns.

He went on to say that the IFA action has shown the strength of farmers and their determination in forcing the factories to move on both cattle prices and specifications. He said the IFA protests have empowered farmers, who are digging in hard and holding out for higher prices.

In addition, he said IFA delegations are meeting factories across the country this week pressing the case for cattle prices to continue rising.

IFA Livestock Chairman Henry Burns said the Christmas market demand is now at peak and factories need the numbers and will have to pay to get the stock.