All roads lead to Tullamore Show 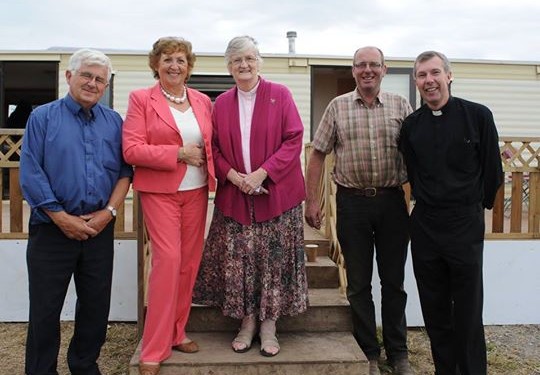 All roads lead to Tullamore this Sunday with upwards of 60,000 people expected to attend the major agri-summer Event of the Year, the Tullamore Show.

The equivalent to the Olympic Gold Medal for Livestock is on offer in the AIB National Livestock Show.

Attractions include World record holder Ivan Scott in the Sheep Shearing, an attempt to set a World Record by hosting the largest ever potato sack race, Dancing Horses and  All Ireland Macra na Feirme Farm Skills.

Each year the Tullamore Show select a charity who have the opportunity to raise funds and awareness during the show and this year Irish Autism Action have been chosen, outlining the fantastic support that the charity receives in the midlands each year, and there is a possibility that the charities patron Keith Duffy might make an appearance.

The show is located outside Tullamore, just off the N52, with 20,000 free car spaces, and this years’ show promises to break the phenomenal records achieved in previous years.

As well as the headline events for Pedigree and Commercial Cattle and Sheep, celebrity chef Nevin Maguire will be in attendance, there will be a Best Dressed Lady competition and all day entertainment will include Conor Quinn of The Voice of Ireland with the White Chalk band,  Ruaile Buaile and Ruggedwood.

Minister for Agriculture, Food and the Marine, Simon Coveney will officially open the show.

“The term is often loosely used, but the Tullamore Show really is the show with something for everyone.  The show is a special place for the business and farming community, visitors, children, young & old to gather and enjoy the country air and the very best of Irish culture,” said its pro Christy Maye.