A group of farmers from counties Cavan and Monaghan are preparing to attempt the ‘All-Ireland Baling Challenge’ next week. The event will be the first of its kind, in aid of charity.

The event is being organised by the Active Agri Association, a small committee of people from the Cavan/Monaghan locality who have come together to use their skills to help charities with funding and awareness.

The group is hoping to make 100 bales in every one of the 32 counties of Ireland in just a six-day time-frame, all in aid of charity. In addition, there will be donation buckets located at every field of the challenge.

The baling challenge will kick off on Monday, May 29, in Derry and will run until Saturday, June 3 – where it will finish in Donegal – doing a full sweep of the country in between.

The aim is to raise €10 for each bale made – making €1,000 per county – which will go to the Ronald McDonald House charity in Our Lady’s Children’s Hospital, Crumlin, Dublin – and also Daisy Lodge, a therapeutic centre for families affected by cancer, in Newcastle, Co. Down.

The event is being assisted by Farm Contractors Ireland (FCI), who helped to find farmers in the various counties willing to participate in the challenge.

The event organisers are still seeking farmers willing to help in counties Waterford, Kerry and Down – so if any farmers wish to participate, they are asked to get in contact as soon as possible.

According to Floyd McNeil, driver and organiser of the event, the six-day schedule is planned as follows:
Advertisement

The people behind the event are also asking the public to get behind the challenge, as they are still seeking accommodation in counties Antrim, Galway, Carlow and Sligo.

The baling challenge is being supported by agri-entertainers Grassmen, who will be filming the event.

The intention is to use four tractors, with a combination baler wrapper on each, to accomplish the task. There are both male and female drivers in an overall team of 18, which also includes a filming crew. 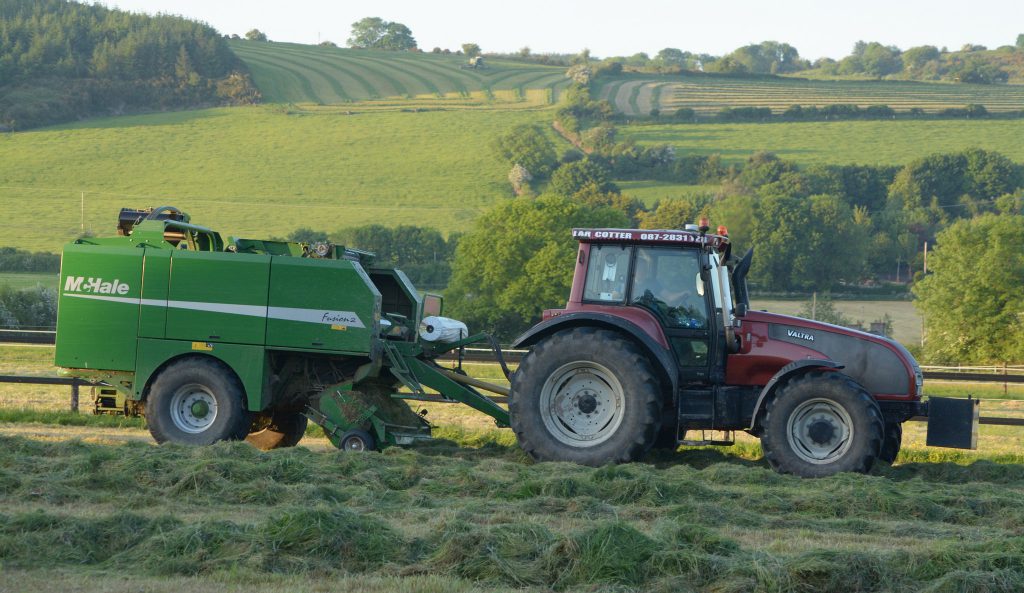 If people can’t make it to the challenge, donations can still be made through the event’s Facebook page here.

According to the organisers, every bit helps – no matter how small – and will all be going to the chosen charities.

Grassmen, the camera crew for the event, is also running a charity fundraiser of its own. The company is raffling off a Ford TW-35 in aid of the Make A Wish Foundation. Tickets will be on sale from Grassmen with the draw to be held at the end of the year.