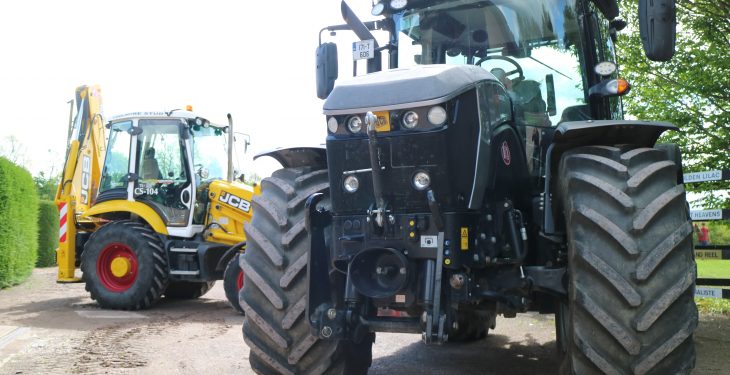 When you think of racehorses one name that immediately springs to mind is Coolmore. This is for very good reason, as Coolmore Stud has produced some of the very best racehorses on not just this island but worldwide.

Coolmore’s estate is located in the heart of the Golden Vale in Fethard, Co. Tipperary; it encompasses over 7,000ac of prime limestone-based land.

As you can imagine, to carry out the day-to-day work on such a large area also calls for another form of horsepower (apart from the four-legged variety). Coolmore carries out the majority of its own work, employing a small army of machines which include some very special JCBs – among them a 25th anniversary Fastrac 4220. And, if that wasn’t impressive enough, Coolmore also has a very special 70th anniversary 3CX.

Let’s firstly take a closer look at the 3CX. Since the first JCB backhoe loader was manufactured in 1953, the company has produced more than 600,000 of these machines, which can be found working in 120 countries all over the globe. 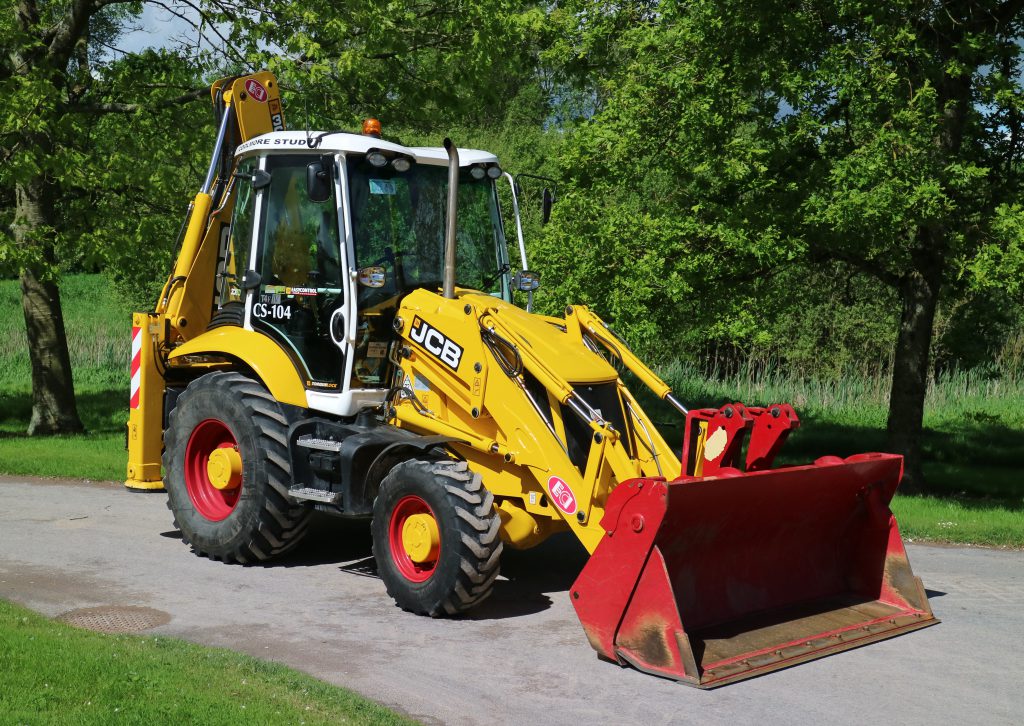 Only 70 special, current-generation JCB 3CXs had been produced in the distinctive livery that was last seen decades ago. This colour scheme was brought back to life, albeit in a limited run, to celebrate the machines’ 70th anniversary. These 70 machines (one for every year of production) were snapped up by customers from the UK, France, Spain, Russia and as far afield as Australia. 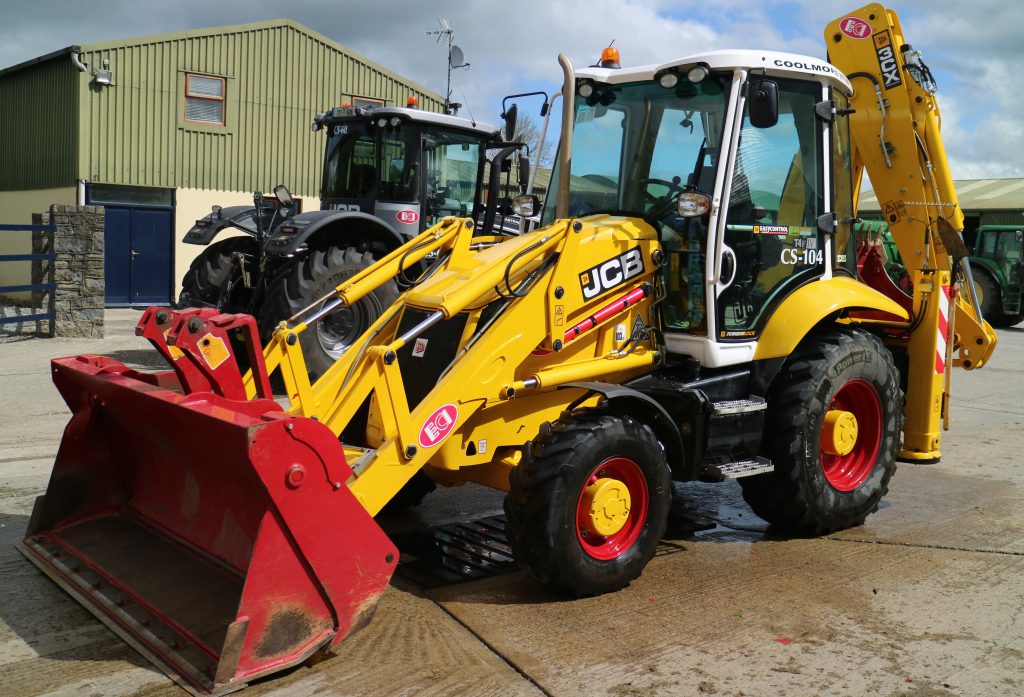 The striking colour scheme consists of a red bucket, a white-framed cab and red wheels – instead of the customary black and yellow finish throughout. Older readers might remember the historic yellow/red colour scheme on, for example, the 3C III model in 1979 – and previous models. 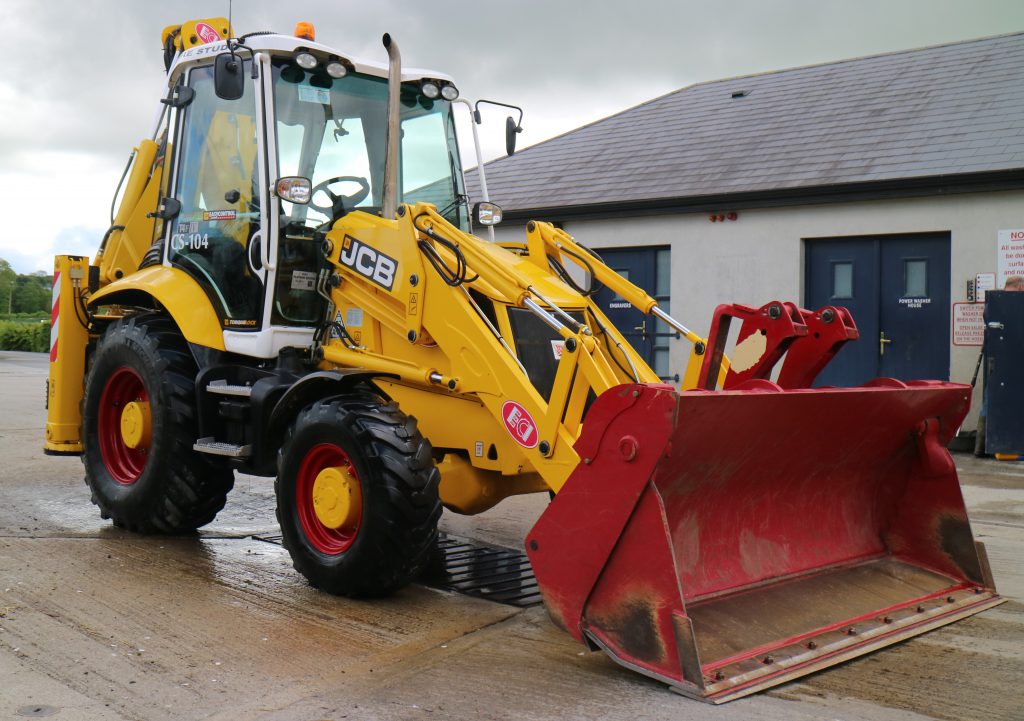 The limited edition 3CX backhoes have a top speed of 40kph, are fitted with air-conditioned cabs, heated seats and 6-speed ‘Autoshift’ transmissions. The icing on the cake, for me, is most definitely the in-cab coffee maker. 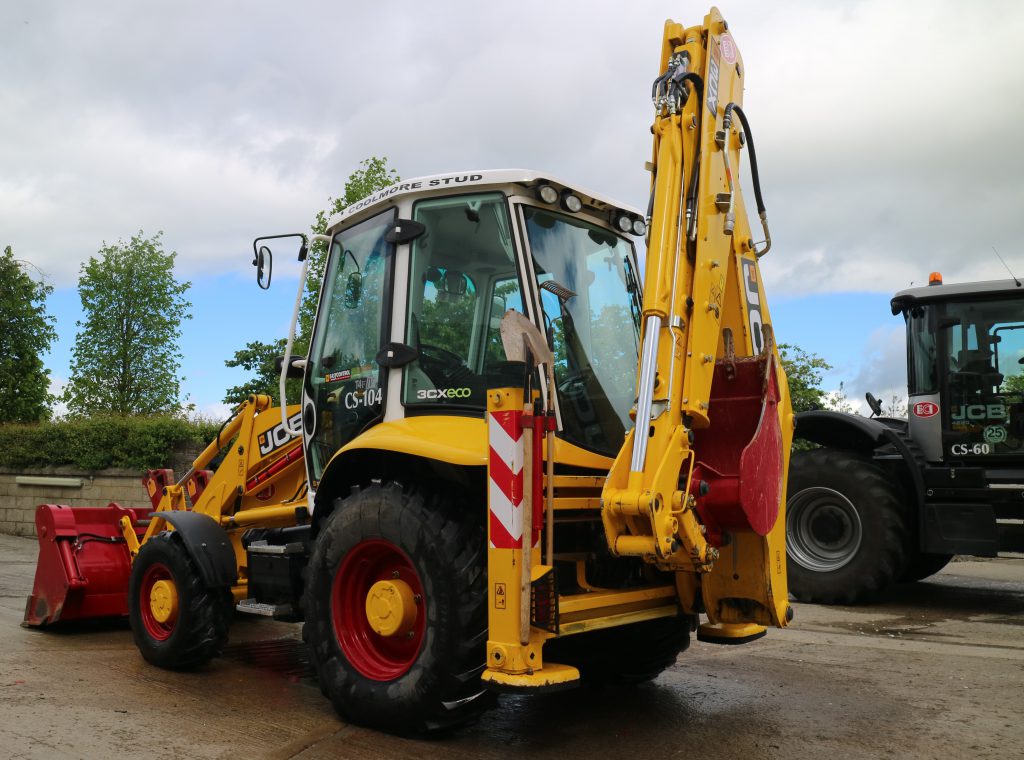 Moving on to its equally-impressive comrade – the 25th anniversary Fastrac – it was produced to celebrate the company’s milestone of a quarter of a century producing the world’s first ‘high-speed’ tractor, which featured full all-round suspension. It was claimed to be capable of high performance both on the road and also in the field. 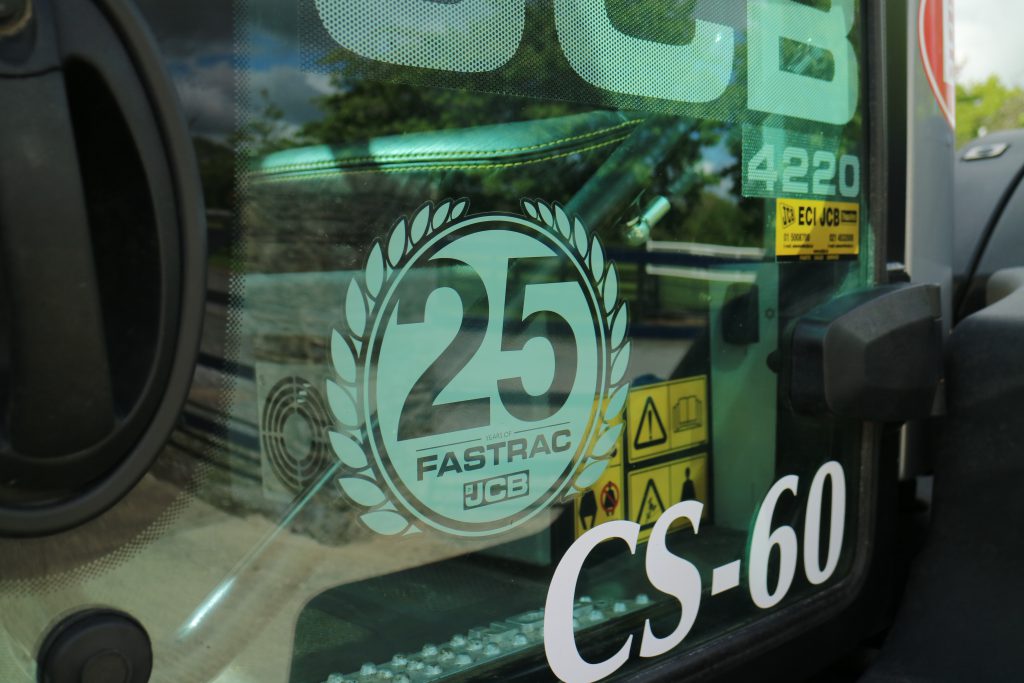 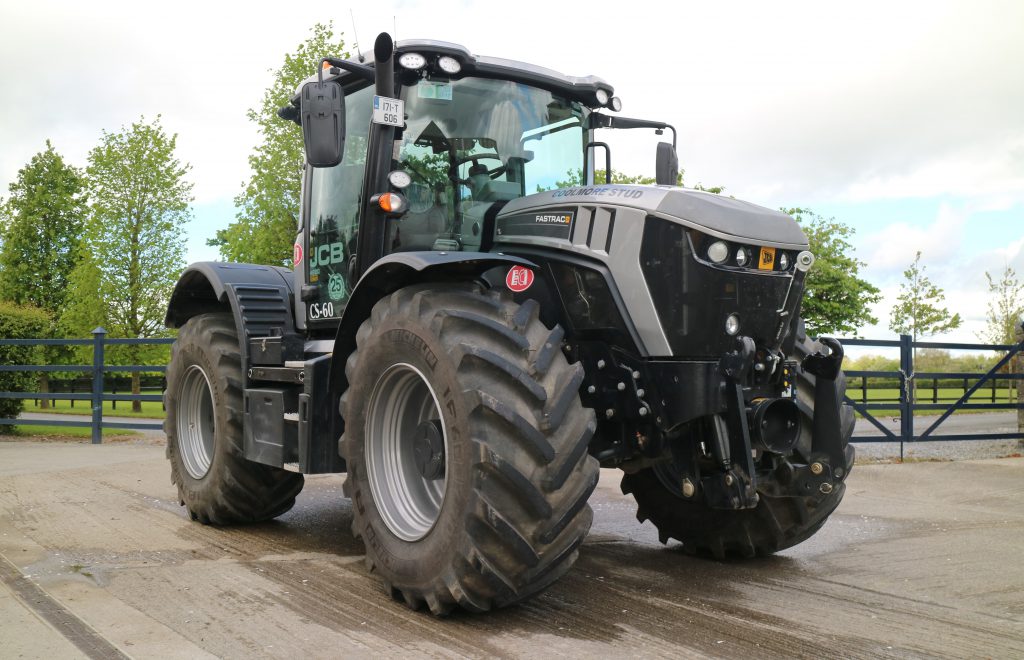 25 silver-liveried examples (one for every year of production) of its now top-selling 4220 model were produced. According to JCB, within hours of their existence they were snapped up by enthusiastic customers around the world. 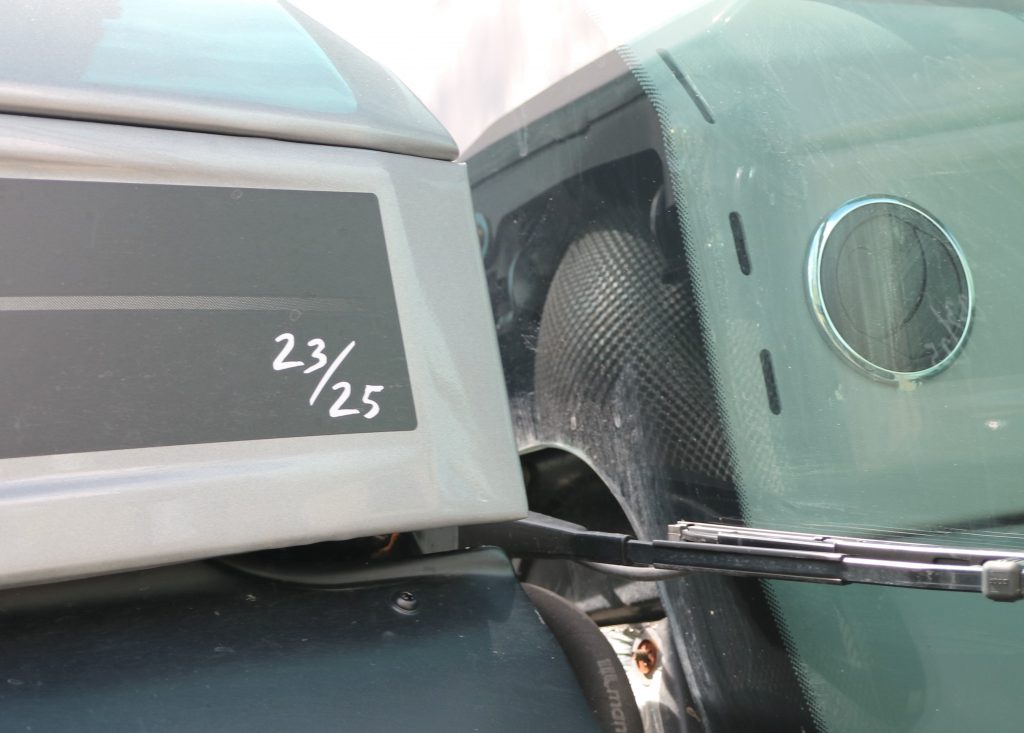 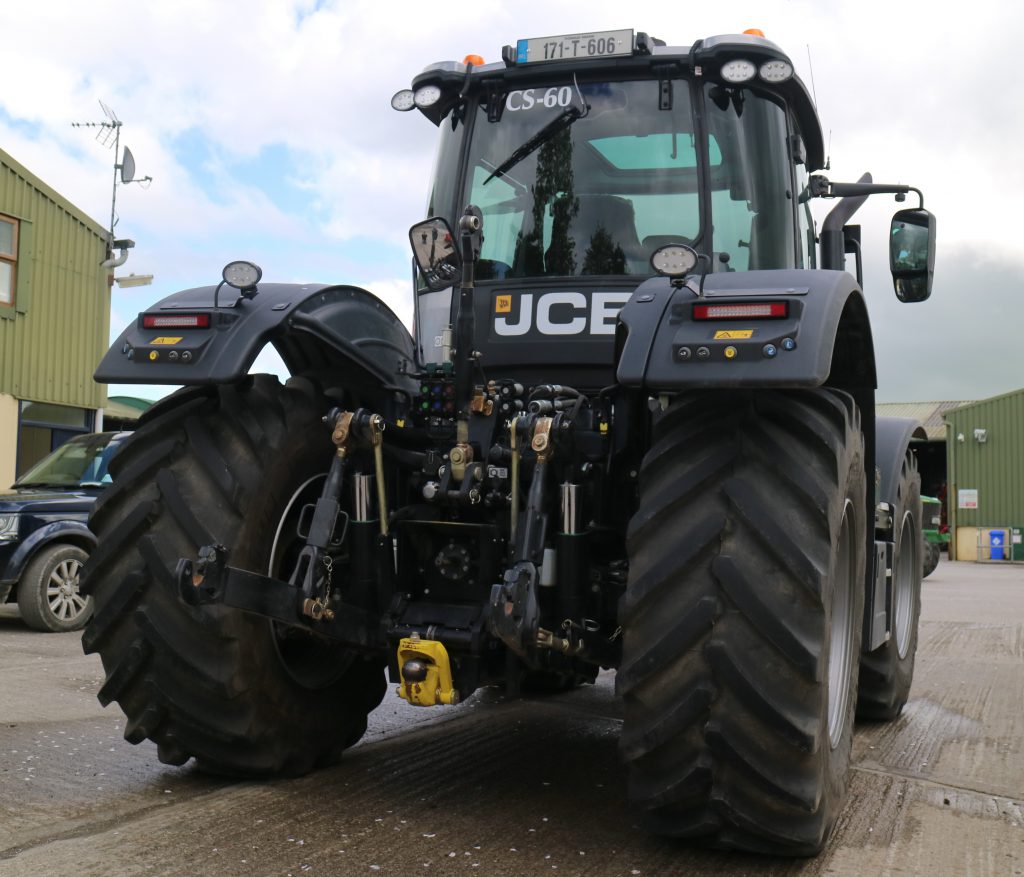 Like its more common yellow-coloured siblings, this 4220 is powered by a 6.6L, 6-cylinder turbocharged Sisu engine. It produces a maximum output of 235hp (and 950Nm of torque). Power is transferred to the ground via a CVT (Continuously Variable Transmission) which was developed by AGCO (Fendt) – to JCB’s specification. 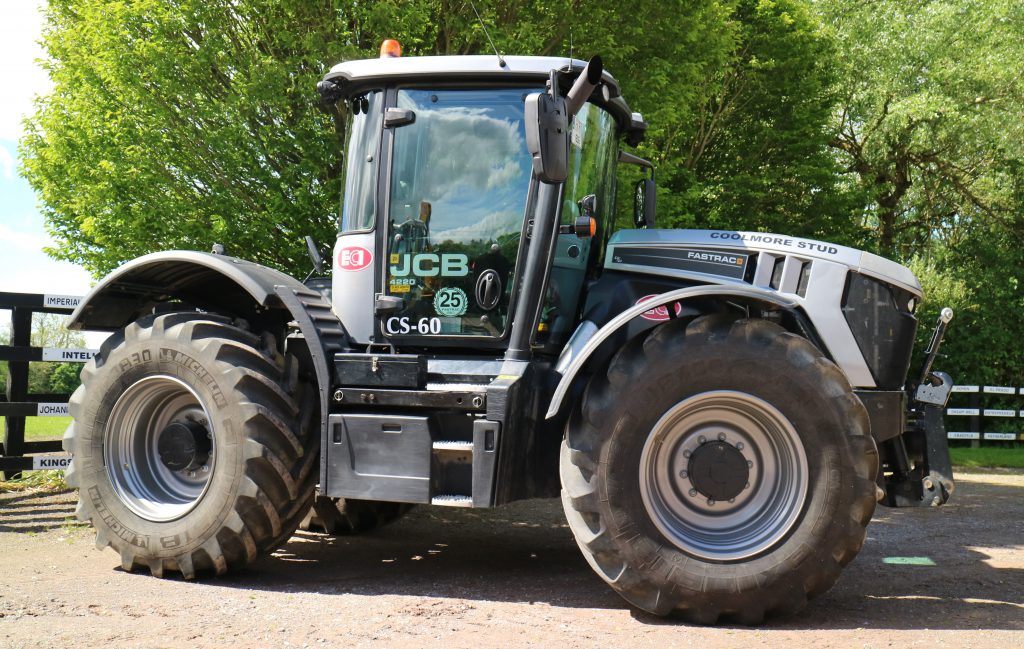 Top speed is a rather quick 60kph, which is kept in check via 4-wheel disc braking and ABS – along with a 50:50 weight distribution for added stability. Up top, the operator is perched in the new Command Plus cab, which JCB claims is 10% bigger than driver accommodation on competing machines.

Speaking about the JCB machines, Head Mechanic, Joe Martin, commented: “We deal with ECI Cork and find them very easy to work with. Although we carry out the day-to-day maintenance and repairs ourselves, the guys at ECI are always on hand should we need their support.”

Coolmore keeps its machinery updated regularly but I am told that these two special edition machines will likely never be sold. They are destined to end up in a private collection – within Coolmore. 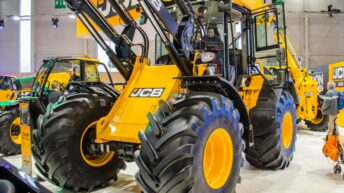