When is the best time to eliminate docks from grass leys?

Docks are a common problem on Irish farms that can limit grassland output and productivity unless they are controlled.

The amount of grass, along with the quality of pasture, would increase if these perennial weeds were eliminated from both grazing and silage leys.

But, when is the best time to eliminate docks from your grassland swards?

This question was answered by Whelehan Crop Protection’s Chris Maughan at a recent ICSA/Germinal reseeding demonstration.

The company’s Technical Director advised farmers to target docks when they are at the seedling stage in newly-reseeded swards.

“If you can target docks when they have a small tap root, instead of waiting a year or two, your chances of eliminating them increases greatly.

“When you disturb old pasture, there are going to be lots of weed seeds in the ground. These seeds are going to germinate alongside the new grass seedlings.

“If you can target the dock seedling before it produces its big tap root, you can potentially kill it off and eliminate it at that stage,” Maughan said.

This was verified by work carried out at Teagasc Kildalton, which showed that post-emergence sprays gave better control of docks as opposed to treatments carried out on mature dock plants. 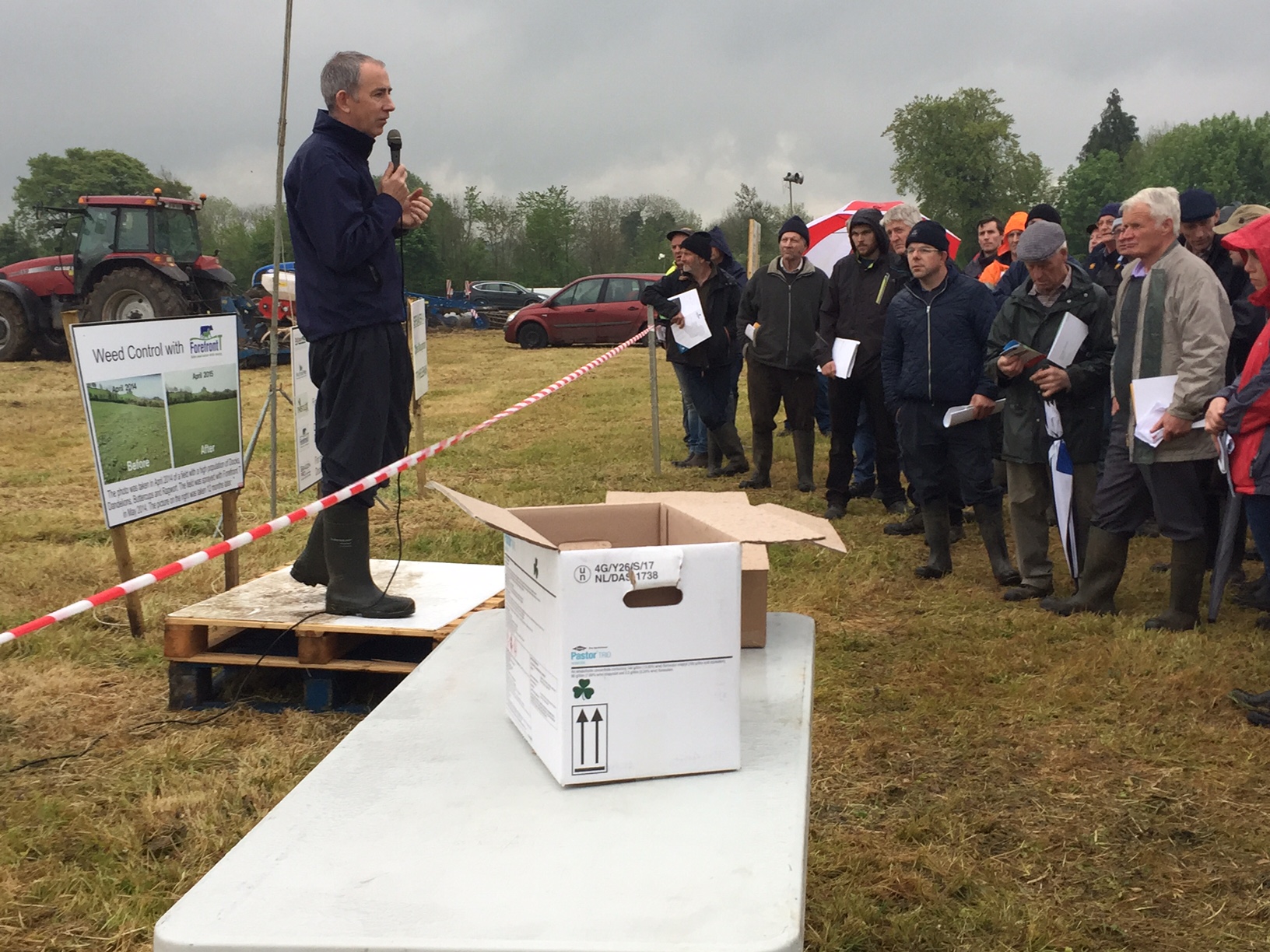 Maughan also advised farmers to consider using a post-emergence spray on reseeded swards to kill weeds such as chickweed.

“Once the grass weeds emerge, they are never going to go away unless you spray them and kill them off.

“Generally we talk about using a product that will kill those weeds when the grass is small. The grass plant may only have two or three leaves and be one to two inches high.

“A lot of the new-sown ley sprays are safe to use on grass at that stage – it’s not going to affect the grass at all,” he said.

“The real key is to target those weeds early. If chickweed is not controlled it can totally smother out grass.

“Animals won’t graze around it because it will be soured by the chickweed, which will become an even greater problem,” he said.