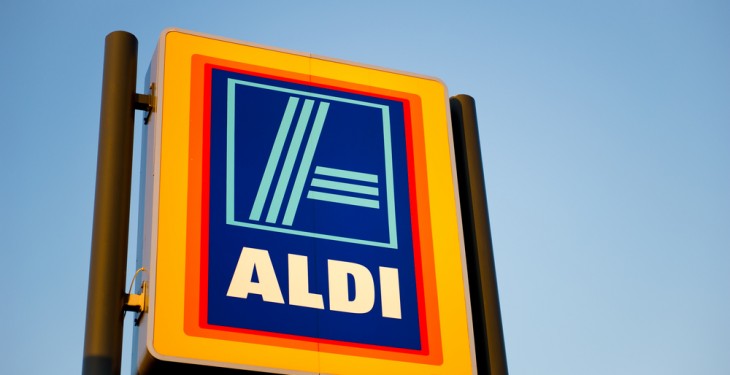 Aldi has overtaken Waitrose in the UK to become the country’s sixth largest supermarket, according to the latest Kantar Worldpanel figures.

The latest figures were published recently and account for the 12 weeks ending March 29 2015. Fraser McKevitt, the head of retail and consumer insight at Kantar Worldpanel, says that the German retailer has recorded double-digit sales growth for the past four years and is now the UK’s sixth largest supermarket with 5.3% of the market.

“Growth has been fuelled by over half a million new shoppers choosing to visit Aldi this year and average basket sizes increasing by 7%. The German discounter’s sales have increased by 16.8% in the latest period, still high compared to other retailers but slower relative to its recent performance,” McKevitt said.

The only other retailers to grow sales and increase their market share in the UK were Lidl and Waitrose. Waitrose increased its sales by 2.9% compared to last year and now holds 5.1% of the UK grocery market, Kantar says.

Kantar says that Lidl’s sales growth increased by 12.1% which bumped the German retailers share of the market up to 3.7% and for the first time since August 2014 Sainsbury’s has grown sales. The retailer increased its sales by 0.2% which has in turn slowed the rate at which it is losing market share, Kantar says.

The figures show that Tesco has grown its sales by 0.3% while Asda and Morrisons declined by 1.1% and 0.7% respectively.

“The changing structure of Britain’s supermarket landscape is illustrated by two facts. Firstly, the so called discounters Aldi and Lidl now command a combined 9.0% share of the market. In 2012 the same two retailers only accounted for 5.4% of grocery sales.

Secondly, the 72.8% share taken by the biggest four retailers is now at the lowest level in a decade,” McKevitt said.

Kantar’s figures also show that consumers are benefiting from falling prices and that groceries are now 2.0% cheaper than they were a year ago.