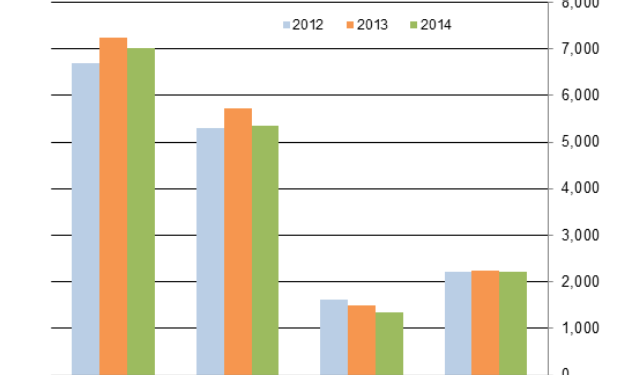 The first estimate from the CSO of operating surplus in agriculture in 2014 shows an annual decrease of 1.0%.

This follows an increase of 1.1% in 2013, according to the CSO figures. The estimate for 2014 is based on the data currently available for the year.

Comparing 2014 figures for the agri-business sector with 2013 the CSO shows the following changes in estimated value:

The figures for 2014 are an advance estimate which is provisional and is based on the latest available data. They are subject to change once the complete set of data for the full year becomes available.

Updated figures for 2014 will be published in the Preliminary Estimate in February 2015, followed by Final Estimate in June 2015.