‘After depression torture, I learned to make changes in my life’ 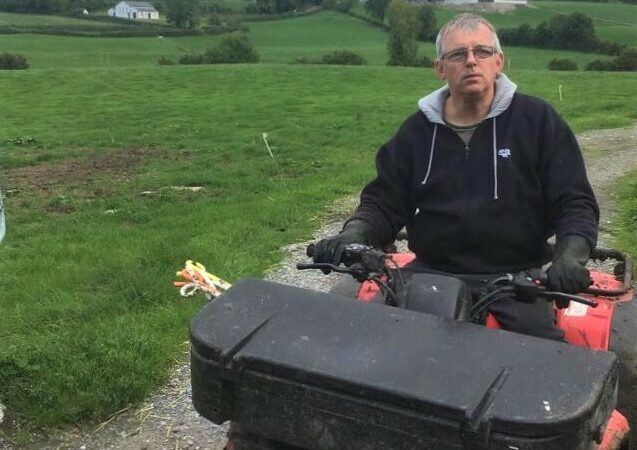 Having undergone treatment for depression twice, dairy farmer Joe Parlon has brought about change in his life to combat stress.

After completing Aware’s positive mental health skills course ‘life skills’, he takes more breaks, gets extra help on the farm when needed and even took a three-week holiday to visit his sister in Australia.

Farming between Birr and Roscrea, Joe, who is a brother of former IFA president, Tom Parlon, first experienced depression in 2006.

“It frightened the life out of me. Spring would always have been a bit stressful, with cows coming up to calving, but I would have been dealing with it.”

However, things started to spiral out of control.

“I started to lose weight. I lost a couple of stone in four or five weeks and went very gaunt. I couldn’t eat or sleep. I was very anxious and nervous. Things were spinning around in my head.”

Joe recalled going from being a very outgoing person involved in his local community, GAA and IFA, to not wanting to go anywhere.

If someone came into the yard, I would stay outside and hide until they were gone. With the pressure of work, I lost my confidence and wanted help doing everything. It’s an awful feeling that just overcomes you.

Things went from bad to worse and Joe went to his GP. Taking anti-depressants and sleeping tablets made little difference, he said. Broken sleep and night sweats left him feeling weak and generally unwell.

The first bout of depression went on for three months as Joe struggled to deal with feeling that he was a failure and couldn’t do anything right. While he had help in the mornings during calving from a neighbour, he felt he couldn’t cope.

Wanting to get away from the farm, he got a referral to St Patrick’s Hospital. “The first thing I did was get total rest. I was a mental and physical wreck. I was put on a second anti-depressant. I came home for a few days the second weekend and started to improve fairly quickly.

“I was told that I was going to be put on an eight to ten week programme so I decided I was going to have to talk my way out of that. I felt good when I got back home and my appetite improved. I stayed on a low-level of medication but increased it in the spring when I felt under more pressure.”

While things had been looking up, Joe found himself back in the same situation in 2016.

I had bought a piece of land in 2015 which needed a lot of reclamation work. Next thing, the cows started calving and depression hit me so quickly, even though I never thought it would happen again.

A visit to the doctor and a review of his medication followed.

“I held out until my son came home from college which was a mistake. I was so nervous I had a shake in my hand. I went back to St Patrick’s Hospital but didn’t improve as quickly that time. I did a lot of walking – you have to work at things yourself.”

When Joe got home, he implemented changes to get more help; he took more breaks and did Aware’s life skills course.

“One sunny morning, I felt the depression lift. I had needed to be taken away from the farm. Everything about the farm had been putting stress on me from the minute I walked out the door,” Joe said.

“I see a lot of dairy farmers, including young dairy farmers, who want to expand, putting a huge workload and stress on themselves. Most will get through it but a percentage will suffer from depression.”

Joe said that one of the reasons he speaks openly about his depression is that a farmer he knew well died by suicide in 2015. “At the funeral everyone said they didn’t realise he had been suffering from depression. People are able to hide it.

“One man came to me in the last 12 months and we spent three-quarters of an hour talking. I said I would call over to him, but he said not to, that his wife didn’t want anyone knowing that he suffers from depression. For some people, there is a shame about it.”

However, Joe’s attitude is that mental health issues should be regarded in the same way as physical health problems, such as cardiac care.

People have no difficulty telling others they have a heart condition or are looking for treatment for it. They realise that they need medication and should take exercise.

‘There is help out there’

His message is that there is help out there and that people should not feel embarrassed about availing of it. “There is no need to suffer in silence.”

The tendency of people affected by depression is to isolate themselves, whereas they need to realise that they are not alone in their affliction, Joe said.

He also stressed that it takes time to get better. “There is no instant fix. It takes time for anti-depressants to build up in your system.”

Lifestyle changes are important too, said Joe, adding that he had learned to be more relaxed and better organised. Earlier this year, he went on a three-week holiday to visit his sister in Australia; something he never thought he could take the time to do previously.

After coming through it all, I now feel stronger and in control. I found Aware’s life skills course very good in teaching you how to deal with stress. You can’t avoid stress but you can learn how to deal with it.

“I think farmers should do an audit before they jump into expansion and to be prepared for extremes such as droughts,” said Joe. “This year taught me a lot of lessons, with a late spring and lack of fodder and a drought. I remember the drought of the ’90s and was prepared for this one.”

Joe’s message is that there is nothing to be ashamed of in having mental health difficulties, to remember that others will be feeling exactly the same, and to reach out for help.

“I remember speaking with another farmer suffering from depression. When we told each other our stories, I realised that the way we were feeling was identical.”

Aware will showcase its positive mental health programme, life skills, at the National Ploughing Championships from September 18 to 20.