There has been an active social media campaign over the past week clearly designed to mislead farmers on the Government position on Mercosur, according to a spokesperson for Minister for Agriculture, Food and the Marine, Michael Creed.

In a statement, the ministerial spokesperson said that the campaign arose from the recent Dáil private members motion on the matter.

“In rejecting the Sinn Féin motion the Government put forward its own motion which clearly states that the Government will not take a position on the ratification of the Mercosur trade agreement until a comprehensive, independent, economic and sustainability assessment is carried out and the ratification process on this deal commences in approximately two years’ time,” the representative said.

Under the motion put forward by the Government last week, the amendment proposed that a “comprehensive, independent, economic and sustainability assessment will be carried out on the EU-Mercosur deal”.

This, according to the motion, “will ensure that Government makes a fully informed decision when deciding on the position to take when the ratification process on this deal commences in approximately two years’ time”.

The Government motion called for the Dáil to note the EU announcement of the agreement; and the “very genuine concerns expressed by our farming community in relation to the beef and other Agricultural TRQ [tariff rate quota] proposals in the deal particularly given the serious challenges already facing this sector due to Brexit”.

In addition, the Government motion called on the Dáil to note that: Ireland “very much supports balanced and sustainable international trade”; and positive elements for the country, including “benefits in sectors such as business services, chemicals, the drinks industry, machinery, medical devices, and the dairy industry”.

It further noted the agreement’s chapter on Sustainable Development Goals and recognition of the need for Action on Climate Change, including an alignment with the Paris Climate Agreement commitments and need for participating countries to implement such promises.

The defeated motion called on the Dáil to recognise that: it will take approximately two years before the final text of this agreement is available; and the ratification process will involve the European Council, the European Parliament and Member State National Parliaments – including Dáil Eireann. 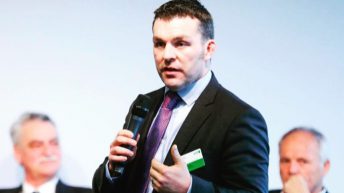