With just three years before major changes to blanket antibiotic usage on dry cow therapy comes into effect, farmers have been warned that their approach will have to change.

As part of EU regulation governing veterinary medicinal products, an effective blanket ban on antibiotic usage will come into effect from January 28, 2022.

The aim of the regulation is to reduce antibiotic use in food-producing animals.

As part of an Animal Health Ireland (AHI) / Teagasc CellCheck event on the farm of Lakeland Dairies supplier George Chambers in Co. Westmeath this week, farmers were warned that attitudes would have to change.

“You, essentially, have three cow period treatments then the blanket treatments are gone,” John Hardy from Teagasc said.

“Each of us have to think differently about it and approach it differently…a vet won’t sign off a prescription for 100 tubes for 100 cows just like that anymore,” he added.

John urged all farmers to start milk recording to best get a handle on the health of cows before drying off and promoted the use of selective dry-cow therapies where applicable.

“You only have eight or nine more opportunities to go with milk recording before the antibiotic ban comes into force. 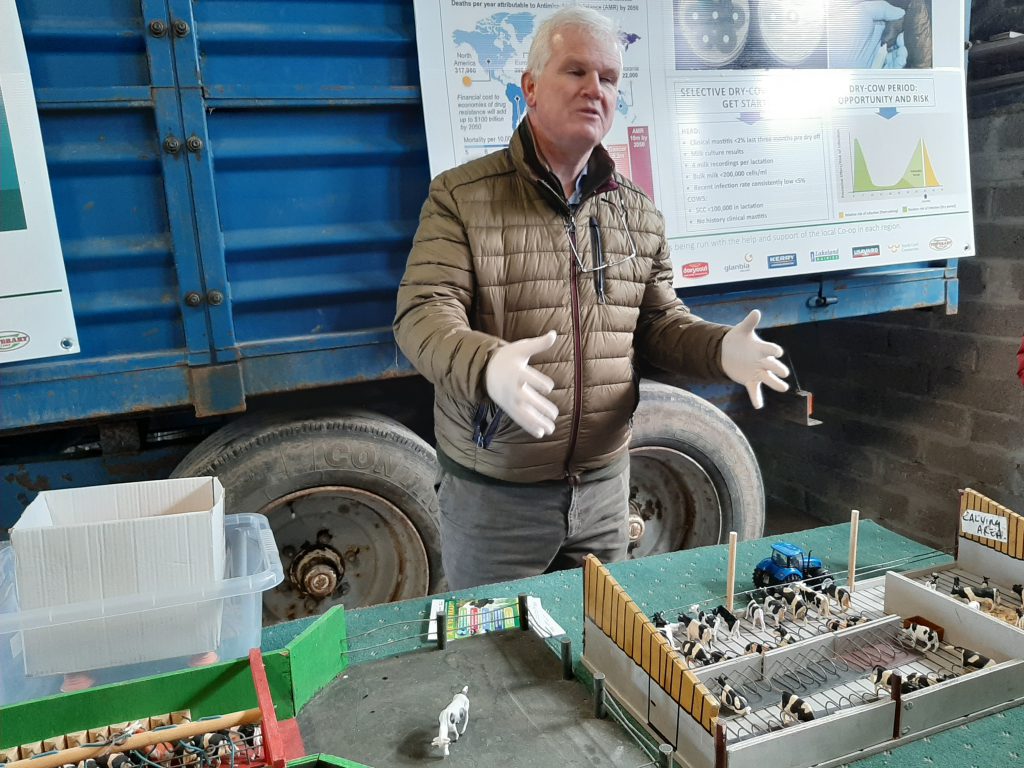 “If a farmer is using too many antibiotics, he’s in trouble anyway [without the new regulations[.

“Farmers are looking for the golden nugget. [They say[ give me the dry-cow tube, give me the teat sealer…well, there’s no quick fix,” Frank said.

The AHI vet spoke about how antimicrobial resistance (AMR) is developing in animals.

He said the 1% of bacteria that becomes immune to antibiotics multiplies making it more difficult to find a treatment that works.

By 2050, an extra 10 million people could die every year unless global changes are made to tackle growing resistance to antibiotics.

“This is a big world health issue. It’s forecast that by 2050, resistance to antibiotics could kill more people than cancer.

“This story is not just about your farm, it effects all people, all communities,” Frank said, adding that the best way to tackle AMR is “focusing on disease prevention”.