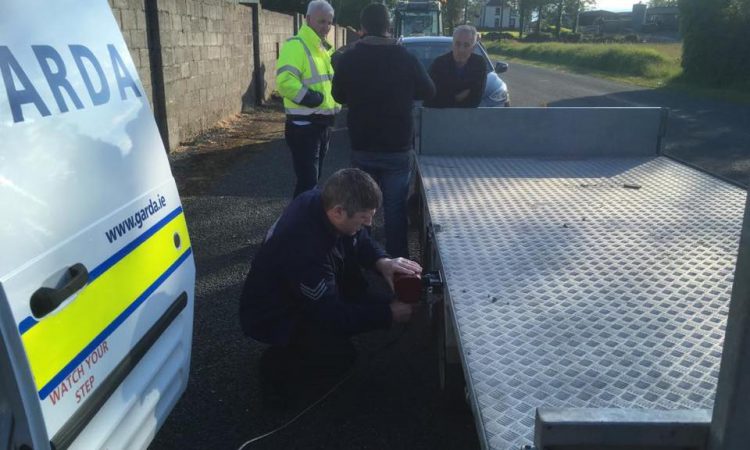 A property marking event for farmers, rural dwellers and members of the public which was being organised by An Garda Síochána in Co. Leitrim for today, Thursday, October 3, has been postponed.

The event, which was to be held in Carrigallen, has been pushed back two weeks due to the approach of Storm Lorenzo later this evening.

In a brief statement last night, local Gardaí in Co. Leitrim said: “Due to health and safety concerns associated with Storm Lorenzo, An Garda Síochána and Leitrim County Council have decided to postpone the property marking event which was to be held in Carrigallen GAA grounds on Thursday, October 3.

Property marking events, held for farmers and rural-dwellers to help avert the theft of machinery and property, have been held in a number of counties in recent months.

Speaking at the launch of the ‘Property Marking Ireland’ programme in April, Minister for Communications, Climate Action and the Environment Richard Bruton encouraged farmers to mark their property, stating:

“Eircodes are the perfect unique identifier for marking your property, making it much less appealing to thieves.

“This service works with local communities to send a clear message to criminals operating in the area that theft will not be tolerated, and makes it much easier for the Gardaí to return stolen property to the rightful owner.”