Is this Samco system the solution for silage loaders? 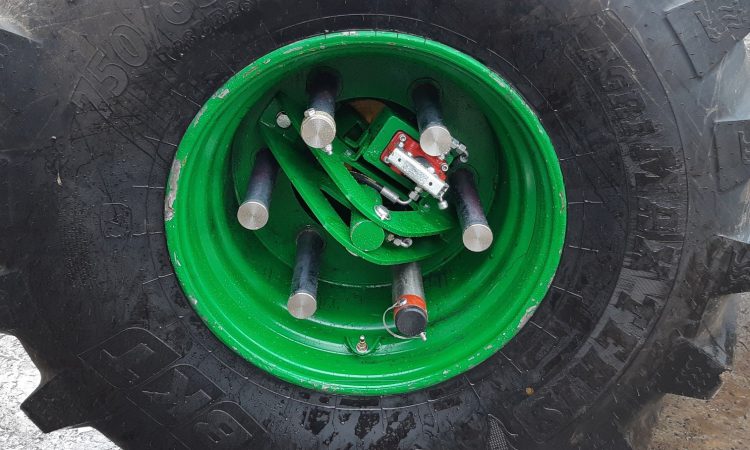 Among the more eye-catching exhibits at the recent National Ploughing Championships in Co. Carlow was this wheel extension system (pictured above) from Limerick-based Samco Agricultural Manufacturing.

Samco – based in Adare – exhibited the device in the Innovation Arena, where it attracted a noteworthy award.

The system is typically intended for fitting to loading shovels during the silage season. The idea is that the front wheels are kept at their standard (track) width on the road.

However, for pit (clamp) work, the front wheels can be extended (shunted) out to either side. This approach, says the company, improves stability when working with a wide fork up front.

Having wider-spaced front wheels “improves operator comfort too”. It also helps to minimise waste in the pit (clamp), as “better packing results from having offset front and rear wheels”.

Using the in-built (manual) hydraulic pump, the overall front (track) width can typically be extended from 9ft to as much as 11ft.

The device is being referred to as the ‘Wheel Loader Extender’ – an apt title given its stated purpose.

Sam Shine – the well-known founder of Samco – explained: “Most of the inquiries so far have come from contractors and their loader operators.

“They have to take on and off dual wheels each time they move to a new farm during the silage season. This [system] solves that.”

The calls haven’t just been from Ireland; we’ve already had inquiries from France and even the US.

According to Sam, the system costs in the region of €2,000 per wheel (including the rim itself but not, of course, the tyre).

He added: “Pre-production units have been fitted to a Komatsu loading shovel – part of my son’s contracting business – for the whole of this past season. The concept has been well tested.” 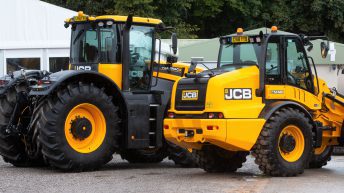