This interesting three-wheeled contraption (or trike – as such machines are known in continental Europe) is new from Ploeger.

It boasts all-wheel-drive, “optimal weight distribution” and “simple operation” – or so says the manufacturer.

It is designed to carry a range of application equipment, including de-mount slurry tankers and muck spreaders.

Of course, it’s not the first such machine to employ a ‘trike’ configuration. Vervaet, for example, has long since offered its three-wheeled Hydro-Trike. There is such a machine here in Ireland – in Co. Galway to be exact. It is gainfully employed by a contractor, as a self-propelled slurry tanker and injection rig.

Who or what is Ploeger?

Ploeger – now part of the wider Ploeger Oxbo Group (POG) – describes itself as a manufacturer of specialised harvesting equipment.

The group not only includes Ploeger itself; it also encompasses Bourgoin, Oxbo and PMC. It has manufacturing locations in the Netherlands, France and England, as well as three facilities in the US.

There is an extensive range of equipment – for harvesting vegetables, root crops, seed corn, grapes, olives, raisins, berries and even coffee. In particular, Oxbo is quite well-known in the US for its range of belt-type grass (hay and forage) swathers and groupers; there’s even a self-propelled model in the line-up.

Advertisement
Also Read: Have you ever seen a self-propelled silage ‘merger’? 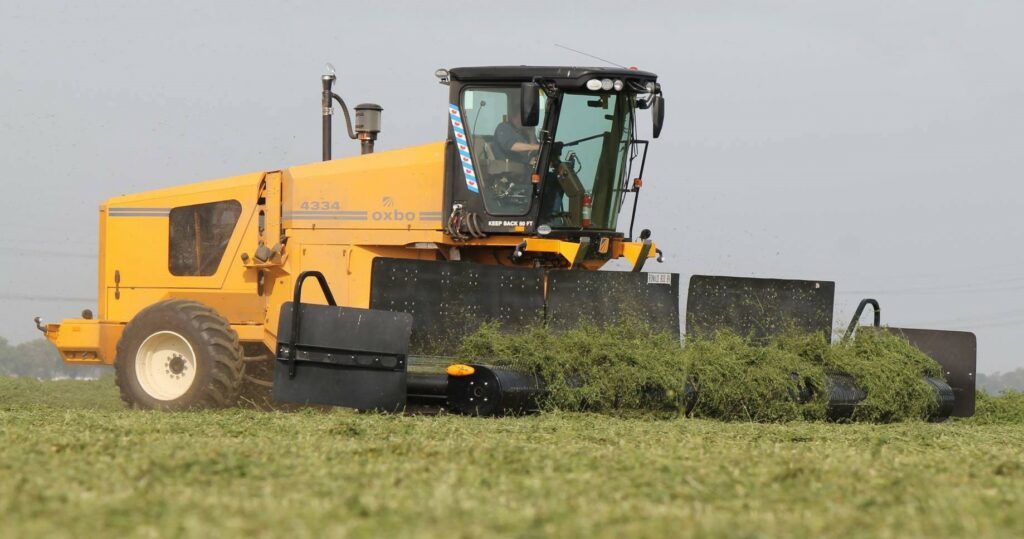 Ploeger’s new trike – dubbed the AT4103 – is primarily an application equipment ‘platform’. The company says that, with a suitable machine on board, it is ideal for “spreading liquid fertilizer, dry fertilizer, digestate, compost, mineral fertilizer and lime”. 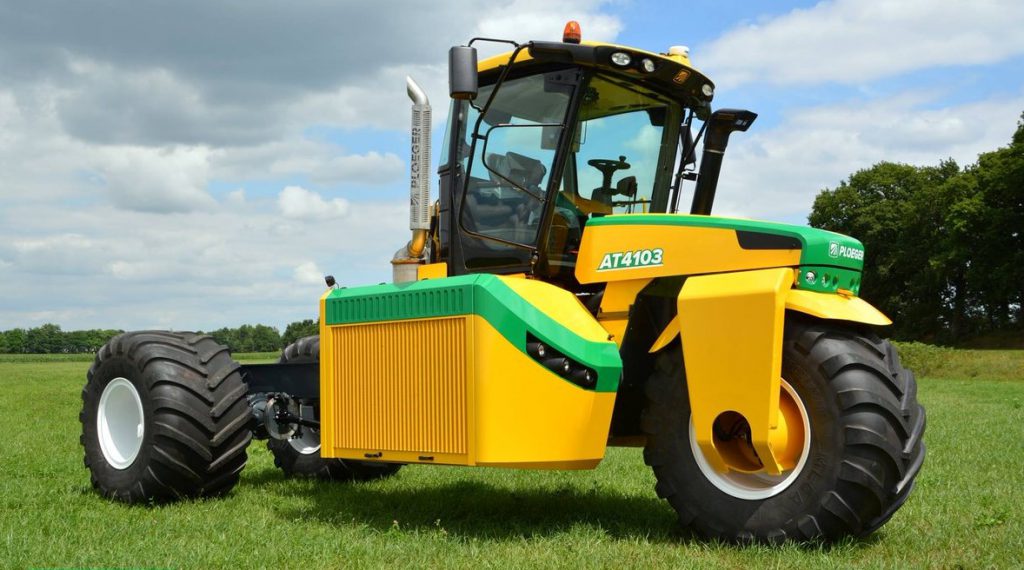 With its Claas-sourced cab and long wheelbase, it certainly promises operator comfort. Its tight-turning (driven) front wheel enables it to swing about – in a radius not much bigger than the machine’s overall length.

Ploeger has not yet released in-depth technical specifications, but will do so in the run-up to the Agritechnica show in Germany. Agritechnica, which is scheduled to take place in Hanover from November 12 to 18 (2017), is the world’s largest trade fair for agricultural machinery and equipment.