A new group possessing an infectious wave of energy and enthusiasm that is focused on “making Lough Corrib great again” has been established in Galway in an effort to return to more sustainable living in the west of Ireland.

Those involved are hopeful the initiative will benefit the surrounding communities, environment and economy.

“Our focus is on a shared, like-minded approach for the care, protection and sustainable development of the Corrib,” O’Cinneide told AgriLand.

“Lough Corrib is the second largest lake in Ireland and yet it is almost hidden from view – most people don’t see it nor do they engage with the lake.

Corrib Beo is an initiative around the shores of Lough Corrib – a coming together of a coalition of people.

“These people are from tidy towns groups, angling groups, environment groups, heritage groups and representatives of the farming community.

“Through all of that then the idea is that we can promote sustainable development of the Lough Corrib area.”

A coming together of minds

But, how did Corrib Beo come about? How too did a renewed interest in Lough Corrib develop?

It seems it all began last year after a boat trip to an island on the lake was organised.

The Corrib Beo initiative emerged as a result of a boat trip in September 2018, organised by Dr. Catherine Seale, formerly of Teagasc.

O’Cinneide added: “A number of us went on the boat trip and during the course of the evening we discovered there was a lot of commonality with what people were saying about the lake.

“Some were saying ‘the water quality is going down’ – that was the word that was used; there was also a dissatisfaction – a frustration – a sense that something was wrong but nobody was quite sure what to do about it. 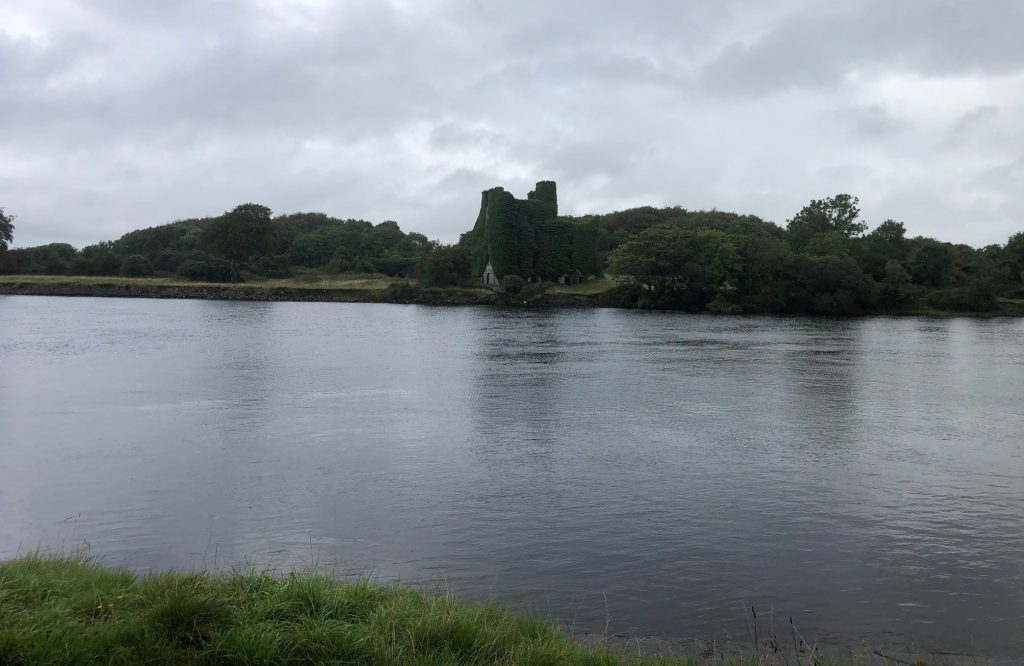 “When you actually look more deeply at the statement ‘water quality is going down’ – it is true because if you look at the figures from EPA in relation to water quality that sentiment is correct.”

And so it was that, as a result of the evening on the corrib and the many discussions afterwards, approximately 30 groups and associations came together and after a number of meetings Corrib Beo was established.

“In December, we established Corrib Beo: We are one of many catchment groups that are springing up – with support from Local Authority Waters and Community Office (LAWCO) – around Ireland,” added O’Cinneide.

Meanwhile, the environmental expert pointed to water quality in Lough Corrib which, he added, is now classed as moderate.

“It should be good, it should be high – it’s one of the finest lakes in Ireland, but it’s not,” he added.

“So, we need to improve the water quality – simple as that.”

He also highlighted the difficulties that have arisen as a direct result of invasive species around the lake.

“There are a lot of problems around invasive species – there is a curley weed called Lagarosiphon – and the fishermen are very unhappy about this because the trout stocks aren’t as good as they used to be,” he continued.

As a result of that, recreation is suffering and therefore locally, there is a sense of loss.

“There is also a financial loss to business as well because tourism in Oughterard and Cong and all these areas is down.”

Smart Farming 'must be applied more extensively' across the country