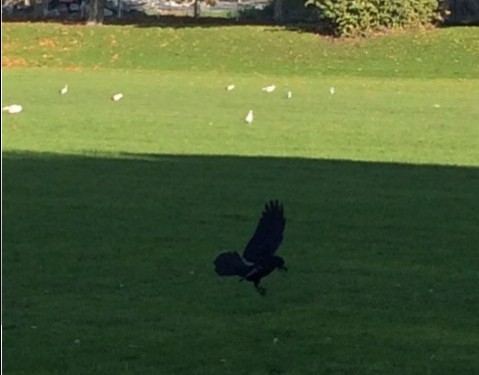 A dead crow hanging from a shed on a farm triggers fear in other crows and take longer to approach food in areas associated with such events, a study in the journal of Animal Behaviour has found.

Furthermore, it found that 38% of crows remain wary of the place or the person associated with death of another crow for six weeks.

It found that crows scolded (intimidate) humans previously seen near a dead crow, a hawk and a hawk with a dead crow.

The study also found that the sight of a dead pigeon did not elicit these responses which suggests that for crows, dead crows, but not dead pigeons, represent a salient danger akin to the observation of a predator.

The number of trials that resulted in mobbing and avoidance of the food was strongest when crows were presented a hawk with a dead crow.

Crows also remember threatening people for years, after only a single transgression, and spread this information through social learning, it was found.

Crows and other birds feeding on crops can become a problem at peak times of crop growth in the year.

Teagasc says that growers should prepare strategies to keep crows, rooks and pigeons from establishing a routine of feeding on the tillage crop.

Early intervention is the key but varying the method of control will be most effective, it says.

Six ways which can help clear birds from crops:

According to Teagasc, in practice, it is a combination of two or more of the above options that most farmers find effective.

Crows will become used to any one method so varying locations, times and the types of interventions is important, it advises.

Beware of bangers being a nuisance to neighbours if left going night and day; timer control switches can be fitted to all bangers to avoid this problem, it says.

Helium balloons and kites in the shape of hawk can be flown at different heights and areas of the field to scare away birds.

If using kites and balloons, Teagasc says to watch out for overhead power lines.

Initially target the control measures to the most isolated part of the field as pigeons and birds will feel more secure in these areas, it says. 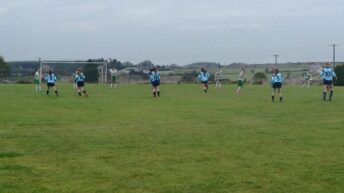 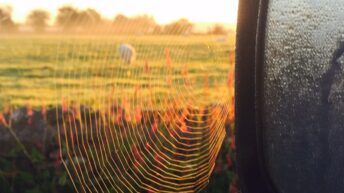