86% of Irish farmers have no succession plan in place

These were the sentiments expressed by the author of IFAC’s Irish Farm Report 2019, Philip O’Connor, during the publication’s launch in Co. Laois on Thursday, June 20.

The report details the views of over 2,133 Irish farmers and contains a comprehensive analysis of 21,755 sets of farm accounts over a four-year period.

Those gathered at the event heard that even in the case where a farmer does not intend to hand over the farm for many years to come – families can be left in difficult circumstances if accidents or ill-health occur in the interim.

Declan McEvoy is head of IFAC’s tax division. He said that regardless of income and/or farm viability, succession is the one issue that affects all farms – most farmers are asset rich and cash poor.

“The value of land and farm assets means tax can become a major issue for farm families if the farmers fails to plan ahead,” he warned.

McEvoy went on then to point to the survey carried out by the organisation which, he added, found that one in three farmers aged over 65 do not have a formal succession plan. 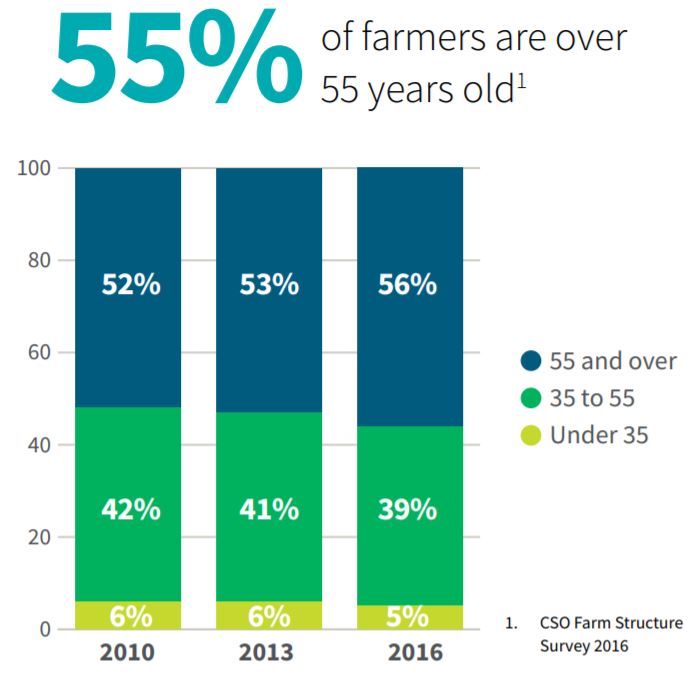 “While a farmer may have an idea in his/her head about what they want to happen to the business when they make their exit, unless this is properly documented, there is every chance of creating expensive legal and tax problems for successors,” he continued.

“The farmer may also miss out on financial planning opportunities for themselves.”

‘Issue across all sectors’

McEvoy, meanwhile, says succession “is an issue” across all sectors represented in the survey. He also pointed to the fact that overall one in three farmers do not have a successor in place.

One in eight of those in the 50-59 age bracket has a formal succession plan in place.

He continued: “The situation improves if we look at the numbers who have identified a successor but do not yet have a plan; however, it is vital that proper planning is put in place.

“Because farmers are often cash poor but asset rich a failure to plan for succession could lead to significant tax bills.”

McEvoy pointed out that a number of reasons cited by participants of the survey for the lack of succession planning includes concerns around viability; no clear successor; and/or lack of interest among potential successors.

“Nevertheless, regardless of viability, the farm is a high-value asset – average land value across Ireland is €9,072/ac according to a recent report.

“That puts the average farm value at circa €740,000 based on a farm size of 33ha, although this does vary depending on county and land type,” he concluded.