The ploughing team, which will represent Ireland at this year’s World Ploughing Championships in Minnesota in the US, has been busy in the past few days.

Eamonn Tracey and John Whelan prepared all of their equipment this week and loaded their competition tractors and ploughs into shipping containers yesterday, June 20.

This is the start of a long journey for the equipment.

2-month journey across the Atlantic

Both ploughing outfits left Carlow train station in a container yesterday and were destined for Dublin.

The ploughs will then be shipped from Dublin to Antwerp in Belgium. From there, they will travel to New York – the first US stop of the journey – before hitting the railway tracks again.

Advertisement
Once landed by rail in Minneapolis they will start the final leg of their journey to Minnesota where the competition will take place.

The containers are due to land at their final destination on August 7; meaning they will have travelled for almost two months.

John and Eamonn will arrive on August 16 to get some practise on the local soil before the competition, which will take place on August 30 and 31. 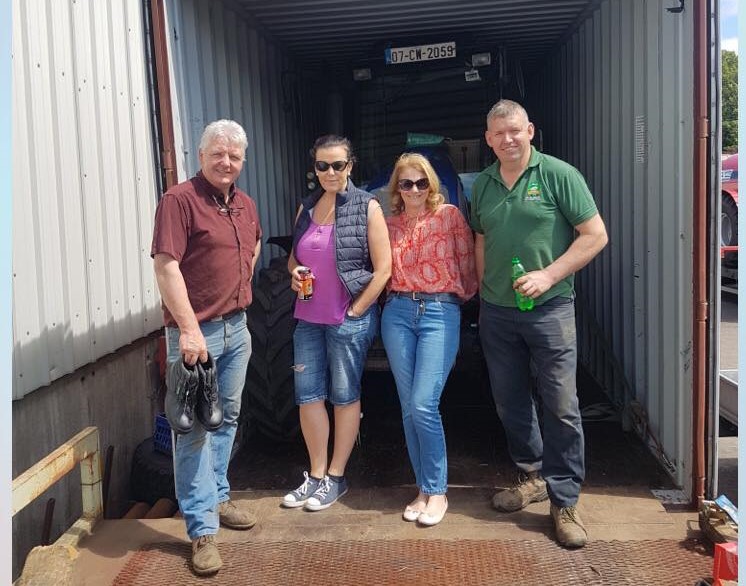 Contractors call for realism from frenzied farmers amid hectic 2021

Food Vision 2030 defends role of meat and dairy in diets