Some 70 new jobs are to be created at a new 13,000sq foot Supervalu store in Newbridge, the supermarket has announced.

The new store, which represents an investment of €2.2m, is located on the Athgarvan Road.

The store will be owned and operated by local businessman Andrew Cross, who owns three other stores in Kildare – Centra Hazelmere in Naas, Centra Roseberry Hill in Newbridge and Centra Hillside Kilcullen.

As a result of the Newbridge store opening, Cross now employs 125 people in Kildare, Supervalu said.

Commenting at the store opening, Andrew Cross said that partnering with Supervalu, he is very proud to be generating employment and helping to boost the local economy with the creation of 70 jobs for the Newbridge locality.

“Cross’ have been supporting the community of Kildare for the past 24 years, and we are delighted to be further investing in Newbridge with the opening of this brand new 13,000 sq ft store, demonstrating our confidence in the local economy,” he said.

Supervalu Managing Director, Martin Kelleher, said that Supervalu is delighted to open its first store in Newbridge, enabling the community to experience its unique combination of quality and innovative food, complemented by a tailored local offering. 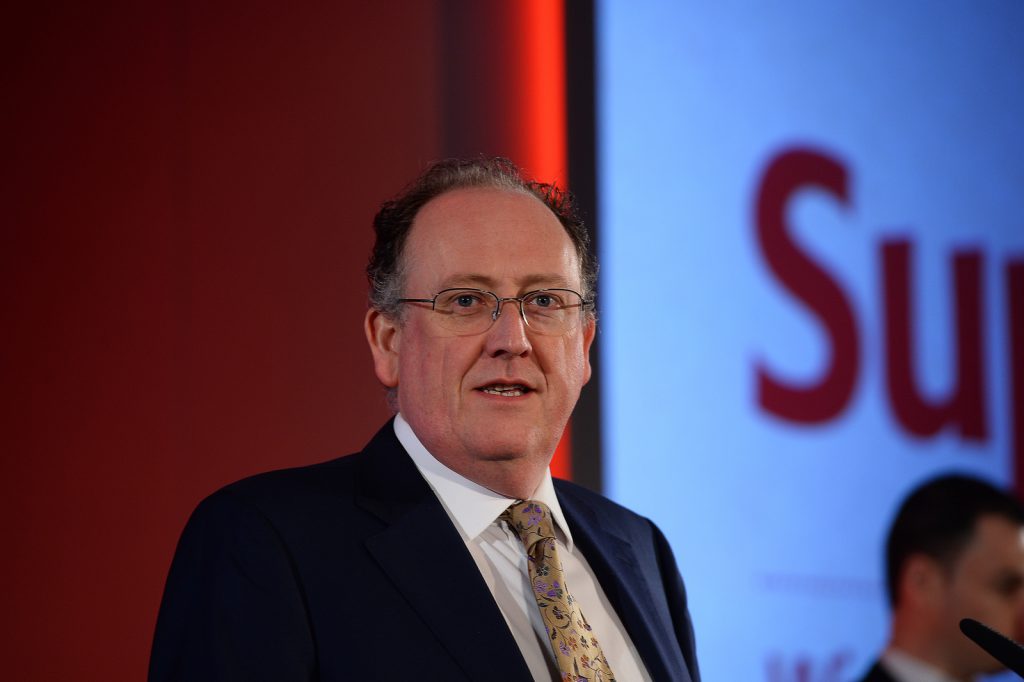 “Today’s store opening demonstrates the strength of Supervalu’s independent community retail model, as local businessman Andrew Cross continues to invest in his local community with this new store,” he said.

Customers in the new store will enjoy a fresh meat counter with expert butchers to hand, a fish counter, a bakery, a hot food deli, an off-license and the Food Academy range, which showcases emerging food producers and helps give small producers a big chance.

The store will also offer an online shopping service, as well as home delivery options.

Supervalu serves over 2.6m customers every week and now has 222 stores nationwide. 75% of everything on Supervalu’s shelves is sourced or produced in Ireland.

The supermarket continues to source locally wherever possible and purchases almost €2 billion worth of goods from Irish suppliers, which helps sustain 30,000 jobs in the Irish economy.

Kerry Co-op chief executive to step down in February