‘Global markets will determine the future of Irish agriculture’ 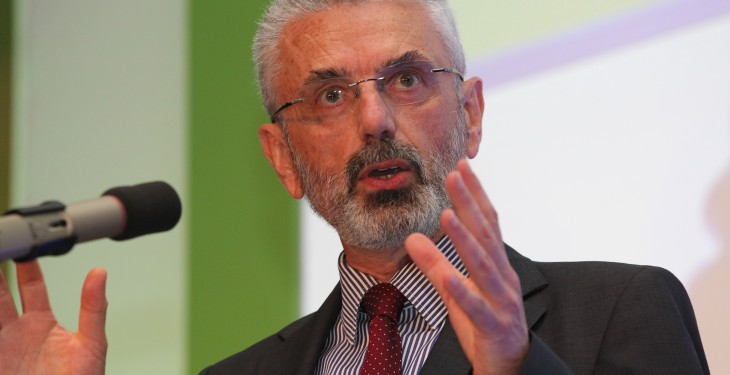 Securing more markets outside the EU will help underpin the future of Irish agriculture, according to Aidan O’Driscoll, Secretary General of the Department of Agriculture.

“And we are already making this happen,” he said.

“The more markets that we get access to the greater the degree of hedging that we can bring to bear when it comes to dealing with the challenge of volatility.

“The future of Irish agriculture remains bright,” he said.

“But we can take nothing for granted. Markets like China should not be considered as a gimme for Irish food businesses. Increased exports will only be secured on the back of a sustained commitment to innovation and developing food products that bring something new to the market.”

O’Driscoll confirmed that the world’s population will continue to grow.

“But the real issue to be addressed is that of assessing how many of these people will be consumers of the future or refugees fleeing from poverty,” he said.

“Everything that can be done by countries such as Ireland to improve the economic prospects of the world’s emerging economies must be considered.”

O’Driscoll said that the €500m aid package recently agreed in Brussels should be looked upon a short term measure.

“Looking to the future the EU must come up with sustainable solutions that will allow farmers to cope effectively with the challenge of volatility.

“Trade agreements involving the EU and countries around the world will help set the framework within which Irish agriculture and food must operate in the future.

“There is a distinct possibility that the TTIP agreement with the United States could be finalised before the end of 2016. And, in general terms, Ireland has nothing to fear from agreements of this nature.”