Three individuals were arrested following a police chase involving a stolen tractor in the UK over the weekend, according to local police.

“Three suspects detained after a short pursuit and arrested,” the statement noted. 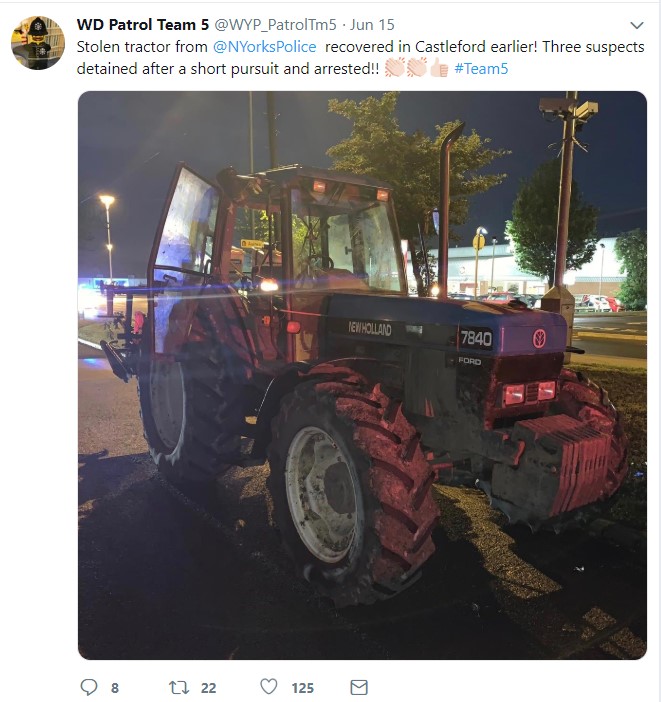 The tractor recovered was a New Holland 7840, as evidenced in the police force photo.

Meanwhile, emergency services have warned farmers to take care when mixing slurry after a man in his 70s had to be rescued in Co. Fermanagh on Thursday, June 6.

It’s understood the farmer had been mixing slurry in a shed at the time when the fumes became so strong two cattle were killed and he lost consciousness.

A Northern Ireland Fire & Rescue Service (NIFRS) spokeswoman said: “We received a call today [June 6] at 12:10pm to attend an incident on a farm on the Killylacky Road, Lisnaskea.

A man in his 70s was overcome by slurry fumes while mixing slurry in a shed. The man had collapsed and he was rescued by another man in his 40s from the shed prior to the arrival of firefighters.

A spokesman for Northern Ireland Ambulance Service said the man had regained consciousness by the time crews arrived.