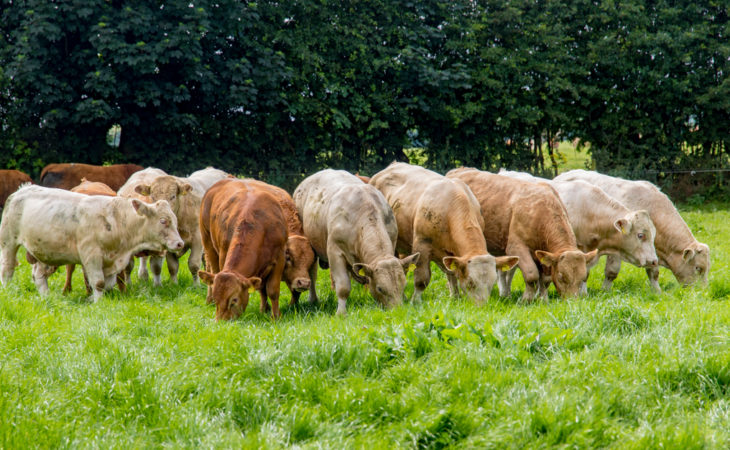 The eradication of TB, while possible, will not meet 2030 targets as things currently stand, according to a veterinary expert.

Prof. Simon More, of the UCD Centre for Veterinary Epidemiology and Risk Analysis (UCD CVERA), was speaking on the topic of TB eradication before the Oireachtas Joint Committee on Agriculture, Food and the Marine.

He explained that this is due to two key factors on a technical and legislative level, noting that residual infection plays a key role in this.

Speaking to the committee in his opening address, Prof. More said: “If we’re genuinely interested in eradicating TB very quickly, 2030 or after that, there’s a need for us to think very hard about the scope and also the intensity of control measures.”

“And it’s the latter that I’d like to particularly focus on and it’s due to residual infection – infection that’s present in animals but they’re not detected using current tests.

“Essentially, there’s a number of studies that have shown that this is a significant problem; that essentially what we call residually infected animals – animals infected but they’re not testing positive.”

The professor explained that work conducted in Cambridge, England, found that between 10 and 25% of herds at release still have infected animals present, based on British data.

He noted that related work done in Ireland has shown that herds definitely are at increased risk for an extended period of time – with residual infection an important factor.

“We have this ongoing churn or ongoing recycling of infection where we’re not clearing all infection from herds at the point of derestriction. We have the substantial movement of cattle.

“And, given that, there are two issues in terms of the fact that herds are being released and we still have infected cattle. One is technical and one is legislative.”

Prof. More said that, technically, we do not have the tools that provide 100% guarantees of accuracy, adding that doctors for humans don’t either.

Secondly, the relevant legislation in the EU – herds, as soon as they’ve had two clear tests they’re clear to trade. But, in fact, that isn’t sufficient to mitigate risk.

“And, to give you as a comparison from my home country of Australia, the programme there for herds to move from point of derestriction after infection; here it’s four months – there it’s eight years; so huge differences. How do we reconcile that with ongoing commerce?”

The professor said that the only methodology available internationally to cope with, on the one hand residual infection and on the other ongoing commerce – which has to continue – is the concept of risk-based approach.

“That is that herds move progressively from high-risk to low-risk, and there’s the opportunity of time for us to increase in confidence that they’re free.”

The professor said that testing would be ongoing – but that a problem with this is the need to be careful not to put other herds at risk.

“And so the approach that’s been proposed and it’s one I’ve spoken about for years, is this concept of; firstly the high-risk herds are treated very intensely to reduce risk; but also this concept of risk-based trading.

And that is a process of essentially allowing trade as much as possible while minimising the potential for high-risk herds to transfer infection to low.

Prof. More noted that this approach was the “centre-piece” of the Australian eradication programme, as well as a key component of the New Zealand initiative.

Call made for stakeholder submissions on future of beef sector