1,353 applications made by Irish businesses under Future Growth Loan Scheme

There have been 1,353 applications for eligibility under the Future Growth Loan Scheme, of which 1,283 have been approved to date by Strategic Banking Corporation of Ireland (SBCI).

270 of those applications have progressed to sanction at bank value – to the tune of €43.8 million.

This is according to the Minister for Jobs, Enterprise and Innovation, Heather Humphries, who was speaking on the matter during Dáil proceedings last week.

The minister, meanwhile, pointed out to those gathered that the Future Growth Loan Scheme makes up to €300 million worth of loans available with a term of eight to 10 years and is open to eligible Irish businesses – including those in the primary agriculture and seafood sectors – to support strategic long-term investment.

Finance provided under the scheme is competitively priced and has favourable terms; for example, no security is required for loans up to €500,000.

“Loans to businesses under the scheme can be used to fund investments in equipment, machinery, buildings and associated overhead costs for organisational and/or process innovation.

Minister Humphries went on to say that the loan scheme features a two-stage application process.

Applications for eligibility under the scheme is made through the SBCI website.

She added: “The SBCI assesses the applications and successful applicants are issued an eligibility reference number.

“Eligible businesses may then apply for a loan under the scheme with one of the participating finance providers using the eligibility reference number.

“Approval of loans under this scheme is subject to the finance providers’ own credit policies and procedures.” 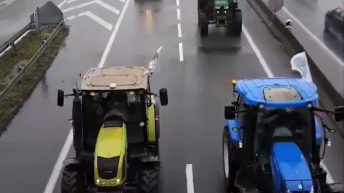