IFA tells Parks and Wildlife to keep off farmers’ land 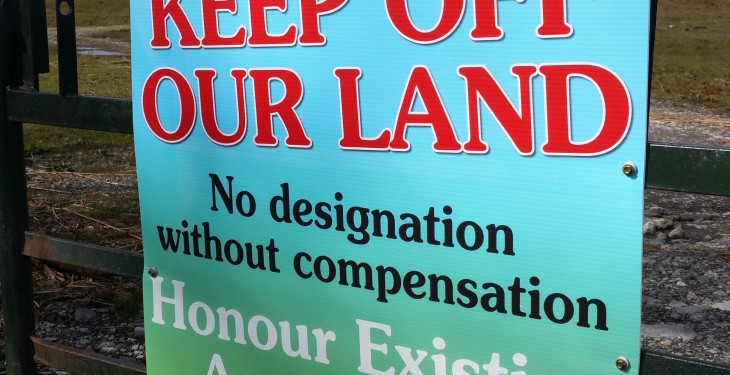 The IFA is telling the National Parks and Wildlife and Birdwatch Ireland to keep off farmers’ land.

Bergin said the imposition of environmental designations on farmers’ land has resulted in significant restrictions on farming activities and other developments.

“When designations were first imposed, commitments were given that compensation would be paid where farmers suffered losses.”

However, in recent years these commitments have not been honoured.

The National Chairman said the new Government will have to honour the existing agreement for the implementation of Special Areas of Conservations (SACs) and other designations.

This includes proper consultation, a workable and truly independent appeals system, and full compensation to take account of devaluation of land, where restrictions are imposed.

IFA SAC Project Team Chairman Tom Turley said the National Parks and Wildlife Service (NPWS) Farm Plan Scheme will have to be available to all farmers who have a designation imposed on their land and the existing agreement on SACs has to be honoured.

In relation to flooding, Turley said the refusal of NPWS to allow remedial works to take place on rivers and turloughs has contributed to severe flooding in certain areas.

Dredging and clearing of rivers will have to take place to alleviate the problems associated with flooding. NPWS cannot be allowed to stand in the way of this.

He also pointed out that farmers who wish to plant forestry in areas designated for the hen harrier must be allowed to maximise the potential of their land.

Also, the IFA has said that existing restrictions that have impeded improvement and other development works in designated areas must be relaxed as they are adding to economic decline in rural areas.

The Irish Natura and Hill Farmers Association (INHFA) have called on acting Minister for Agriculture Simon Coveney to provide a derogation for Hill farmer’s under the Basic Payment Scheme (BPS).

The call has been made as a result of proposed changes on controlled burning not being passed by the Dail as a result of the calling of the General Election last January.

The proposed changes would have seen the dates for controlled burning being extended to March 31, 2015.

INHFA spokesperson on Designations and the Environment, Shaunie Boyle outlined how weather conditions up to the end of February were not suitable for controlled burning but there were two weeks in March which were ideal.

“Unfortunately, hill Farmers were not allowed to carry out what is an acceptable agricultural activity on hills because of the calling of the General Election,” Boyle said.

The INHFA proposal for a derogation would see areas identified for controlled burning by hill farmer’s included as part of their 2016 claimed reference area for the BPS.

“For many hill farmers it was quite frustrating to watch lowland farmers take advantage of good drying conditions in mid-March to top land, spread slurry and prepare land for cultivation while hill farmer’s were restricted in carrying out actions that would have regenerated hill areas for the coming grazing season,” Boyle added.

He also said that a derogation as outlined is essential and in the interests of fairness Minister Coveney needs to deliver on this.