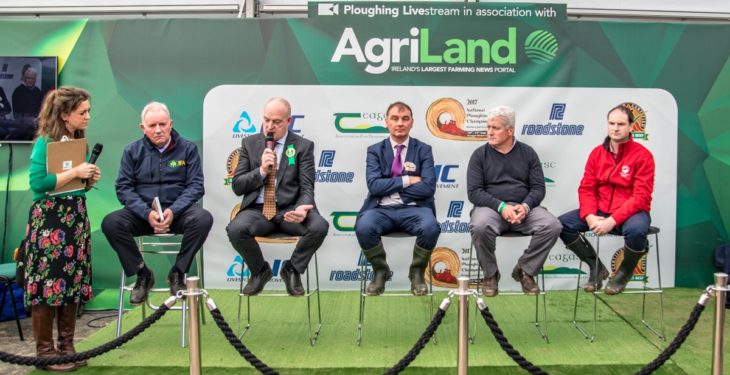 Veganism has been described as “controlled malnutrition” by the President of the Irish Cattle and Sheep Farmers’ Association, Patrick Kent.

For clarity, a vegan is defined as a person who does not eat or use animal products.

Speaking to AgriLand’s Claire McCormack during a ‘live stream’ of the National Ploughing Championships, Kent gave his views on whether veganism poses a threat to Irish farming.

“I think we have a massive opportunity to address some of these issues. Veganism now is very, very financed and it is kind of a cult movement.

I think it needs to be tackled for what it is; it’s controlled malnutrition. People are eating less nutrient-dense foods than ever before.

“A tomato in the 1940s had apparently as much nutrition as eight tomatoes today. So people are eating a lot more calories, but they’re actually malnourished,” Kent said.

The president of the ICSA also believes that Ireland has a massive advantage thanks to having a lot of grass-fed products to sell.

Produce from grass-fed systems is very nutrient dense and is of very high quality, he added.

“It needs to be marketed as such; but we need to take out a few question marks about GM (genetically modified) foods, glyphosate residue, etc. If we address those issues, we can ‘premiumise’ our product and demand higher prices right across the spectrum,” Kent concluded.

Meanwhile, the Deputy President of the Irish Farmers’ Association (IFA), Richard Kennedy, also agreed that veganism is a threat.

“I feel that our production methods have to be open to scrutiny – that is important. I think that is something that we can control ourselves.

The requirement for consumers to be provided with the correct information about food from reliable sources was also underlined.