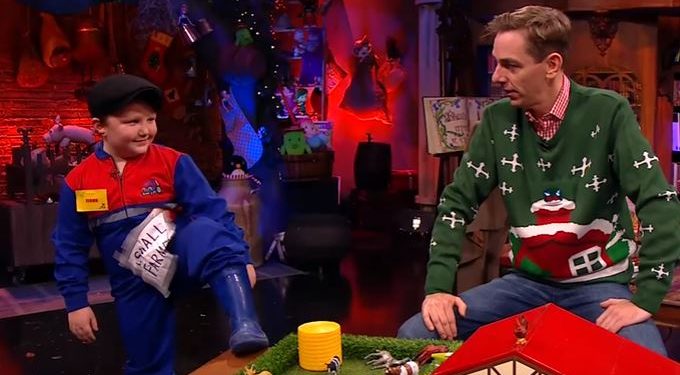 Thousands of children in farming households will be in awe while watching the Late Late Toy Show later tonight.

And following on from a successful appearance on the show last year, Fionn Molly’s star continues to rise.

The rapping farmer has enjoyed much fame since his appearance along side Ryan Tubridy on last year’s Christmas extravaganza and now the young farmer is set to release a new song.

The eight-year-old rapping sensation is set to release a new song called ‘Hit the Combine’, which he recorded alongside country music band The Sheerans.

Since making his debut on The Late Late Toy Show, Fionn has also made an appearance on The Today Show with Maura and Daithi, as well as travelling to Tullamore Show and the National Ploughing Championships.

Fionn, who is from Co. Offaly, also got to make an appearance on the TV show Big Week on the Farm which aired earlier this year on RTE One.

However, the young star hasn’t let all of the attention go to his head as he tries to spend most of his time farming with his father, his mother Sinead told Agriland.

He doesn’t give a damn about the attention, nothing phases him. He is the most laid back kid, he’s just farming mad.

After his big break, the young farmer continued his passion for lyrics and rapping, so when the opportunity came up to rap at the Tullamore Show he didn’t hesitate.

“It was a very simple rap but it took off online, I think it has over 150,000 views altogether. Fionn got to perform then at the show on the Big Band Stand,” she said.

After that Fionn and his mother decided to put pen to paper on a new song focusing on one of Fionn’s favourite pieces of machinery, an old 1978 combine that’s still running perfectly on their family farm.

“We sat down one night and started writing this song, Fionn was helping me with the lyrics. We decided to call it Hit the Combine.

I got in contact with The Sheerans, who have played with Nathan Carter, and they asked me to send on what we had come up with to see if it was good enough to record.

Without delay the band and Fionn got to work in the recording studios to produce the song.

This new release is geared to get everyone up dancing rather than a rap, she said.

The song is expected to hit the airwaves in the coming weeks with a number of local and national radio stations already on board, with the next step being to make a video to accompany the song.

“We’re hoping it will take off, we’re going to make a video as well to put up online to help the song get going,” she said. 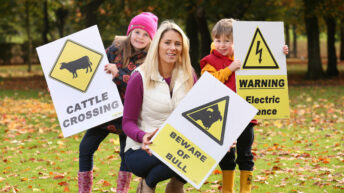 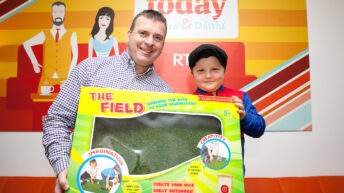 The Late Late Toy Show’s rapping farmer has been reunited with his field!