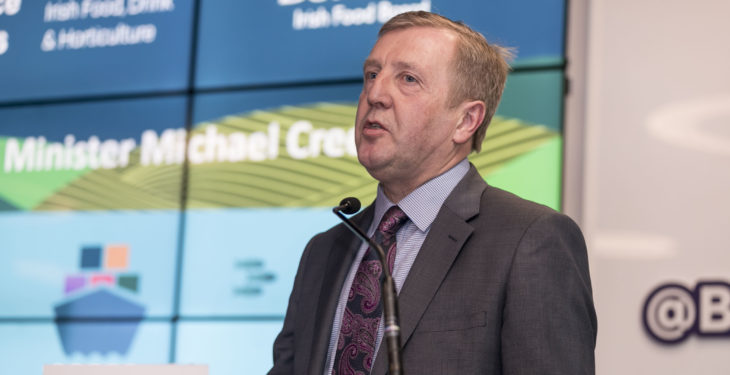 The supports that are now in place to support the agri-food sector in its preparation to address the challenges posed by Brexit include: the €300 million Brexit Loan Scheme for Brexit-impacted SMEs; and mid-cap businesses and a market prioritisation exercise undertaken by Bord Bia to identify priority markets across all food and drinks categories.

A tailored supports and analysis system will also be provided to food companies through Bord Bia’s Brexit Barometer and an intensified series of trade missions to develop and grow new markets is also on the cards, according to the minister.

He also pointed to the recently launched Future Growth Loan Scheme which will provide for up to €300 million of long-term strategic investment loans to eligible Irish businesses including farmers and the agri-food sector.

These were the sentiments expressed by the Minister for Agriculture, Food and the Marine, Michael Creed, during Dáil proceedings last week after he was asked by Fianna Fáil’s deputy Lisa Chambers to clarify the resources that will be made available to farmers in the event of a no-deal Brexit.

The minister also pointed out that he is involved in ongoing discussions on the impact of a “disorderly Brexit” with European Commissioner for Agriculture and Rural Development, Phil Hogan.

The European Commission has already made €50 million available to Irish beef farmers as a response to market pressures – this can be matched by national funding.

The minister continued: “I expect to be rolling out a support scheme with this funding in the very near future.

“I have also stressed the need for the commission to be ready to deploy a further range of measures to mitigate the potential impacts on the agri-food and fisheries sector.

Avoiding a no-deal Brexit continues to be the Government’s overriding policy priority.

“Our practical preparations for all potential scenarios, including a no-deal Brexit, continue to be progressed and refined through the whole-of-Government coordination structures that have been in place for some time.” 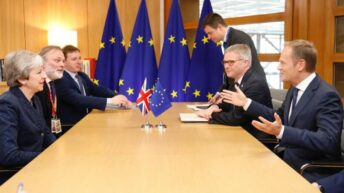