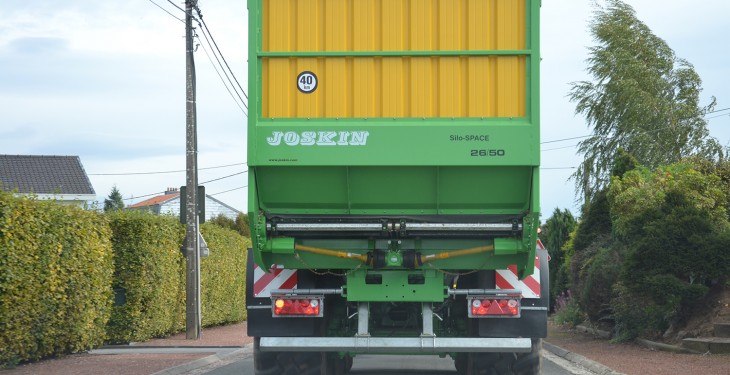 The summer months are particularly busy on Irish farms and there is a noticeable increase in the number of tractors on public roads.

The result can sometimes lead to traffic tailbacks and usually to the sometimes divisive debate as to whether farmers should pull over to let traffic pass.

However, an Agriland poll of 1,000 farmers found that most pull do in to let traffic pass when driving a tractor.

The majority of respondents (56%) to our poll said they do pull in to let traffic pass but only if it there is room to pull in and the tail back is at least 5 cars.

Meanwhile, a further 32% of farmers said they always pull in to let traffic pass.

Only 12% of voters said they don’t pull in and agreed that it’s up to other drivers to pass out when it’s safe to do so.

What are the rules?

Interestingly, the Road Safety Authority has no specific rules in this area for famers to abide by.

Clearly farmers have to follow the rules of the road while driving, it says but there is no specific rule or law which states that they must pull in and let traffic pass.

The Gardai say whilst there is no legal obligation on a driver of a slow moving vehicle, i.e. a tractor to pull in, page 207 of the rules of the road suggests “you should keep left to allow faster traffic pass”.

Consideration for others needed says Judge

A tractor driver in Co. Mayo last year was fined €300 and banned from driving for a year for causing an excessive tailback.

The driver in question caused a 7km tailback on a national primary road, involving 80-100 vehicles – including a member of the Gardai!

Judge Devins commented that everybody has to exercise a little consideration on the road. She added that the evidence of Garda Boyle about having to pass 80-100 vehicles was most dramatic in nature.