NI farmers on Brexit: ‘We have no leadership in Stormont’ 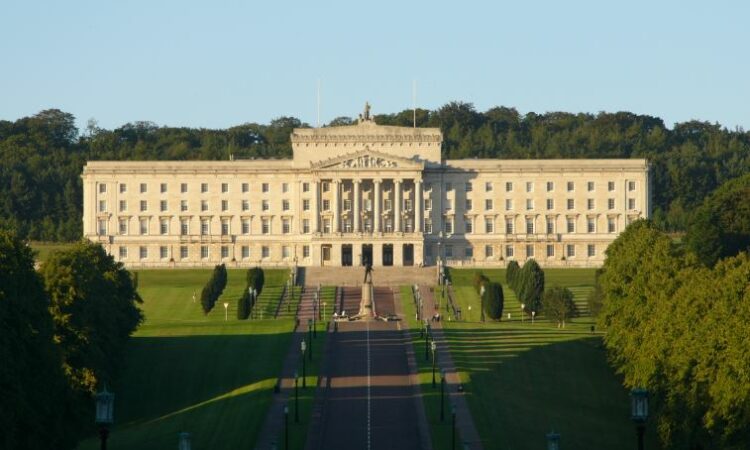 He also pointed out that there was “no big expectation” that last week’s Brexit vote would go through in the House of Commons – which it didn’t.

He said that despite all the difficulties currently facing Northern Irish farmers, the absence of a government in the region is “by far the greatest obstacle to date”.

“A no-deal Brexit will be bad for farmers and for processors in Northern Ireland.

“Processors play a large role in farmers’ lives  – we depend so much on them. If we are out of the EU we will be subsequently removed from the Common Agricultural Policy (CAP).”

Meanwhile, UK Prime Minister Theresa May suffered a crushing defeat on her Brexit deal in the House of Commons with MPs voting it down by 391 votes to 242 earlier this week.

Back in Northern Ireland the farming focus is on markets and trade.

“Sheep is the main business here in Northern Ireland – 50% of our sheep go south of the border for processing and are then shipped out to France,” Ferguson continued.

“On the dairy side of things Dale Farm is the main processor and 68% of its business goes into the Great Britain (GB) markets.”

He says that the UFU took the position to support the UK Prime Minister’s deal and had “always campaigned to trade directly into mainland GB market”.

At least 50% of our product goes into that market, with a further percentage going into other markets.

“25% of what is produced in Northern Ireland is consumed here; 50% goes to the GB market and the other 25% goes into the EU,” he said.

The UFU president says that if tariffs are applied by the UK, Northern Ireland will not be able to compete with cheaper products coming into the system.

One thing is guaranteed and it is that Northern Ireland cannot compete with American beef and chicken.

“We have already had to cut down the stocking rates of our chicken stock in sheds.

“The US has ample access to soy bean and maize, so if they decide to take chlorine out of their chicken, then we will not be able to compete with that,” he said.

“If the World Trade Organisation (WTO) lowers the tariffs to the EU, then those same tariffs will have to apply to everybody.

“Irish beef will not be able to compete with the cheaper produce coming onto the market and we in the UK will have to face the reality of what is happening,” he continued.

Ferguson also pointed out that UK farmers make up just 2% of the democratic vote and if they get shut out of current markets there will be “nowhere” for their produce to go.

“While we will lose access to CAP Northern Ireland, farmers believe that the area-based payment benefits landlords and not farmers.

What we want is the same level of support, but payments made on the level of productivity.

Ferguson also pointed to the lack of political representation north of the border.

“The way in which the politicians have behaved in Northern Ireland is unacceptable.

“We have no leadership in Stormont, and because of that, we have civil servants making decisions for us now and they are not accountable to anyone,” the UFU president concluded.