NIGTA: ‘Farming income was higher than support payments in only three of the last 20 years’ 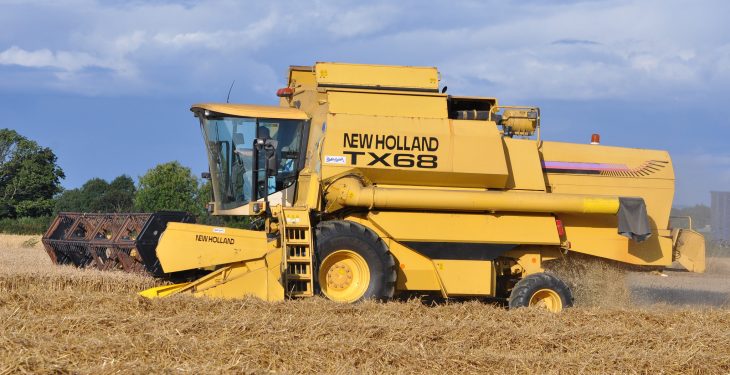 Northern Ireland Grain Trade Association (NIGTA) President Dr. Keith Agnew believes that the farming and food sectors are those which will be most exposed to any Brexit deal. He made the assertion while addressing guests at the organisation’s annual dinner, which was held earlier this week.

This would be one, where UK farmers are encouraged to increase production and substitute imports with home-grown food. However, there are some worrying storm clouds gathering on the horizon.

The NIGTA President then cited probable trade deals with countries such as Brazil, Canada and New Zealand, the prospect of a reduced agricultural support package post-2020 and the danger that Northern Ireland’s share of any package could diminish as real threats posed by Brexit.

“Any trade deal with countries outside of the European Union would surely lead to the opening of the UK food market in return for access to their financial and service sectors,” he added.

“Over the years, farmers have been encouraged to adopt production practices that ensure high levels of animal welfare, environmental compliance and quality assurance, while within the processing and supply sectors we have seen the introduction of the living wage.”

Advertisement
Agnew said that these policies have added cost to the industry which must be taken into account in any negotiations on trade deals or when setting tariff levels.

“Local agriculture must be allowed to compete on a level playing field and our food production shouldn’t be outsourced to the area with the lowest environmental or social standards.”

Agnew expressed concern regarding the level of direct farm support that may be available in Northern Ireland post-2020.

Here in Northern Ireland the total income from farming was higher than the direct support payments in only three of the last 20 years.

“With commentators suggesting that funding might drop to half of the current level this is clearly a worry, with beef and sheep being the sectors most exposed.

“We are often told that red meat prices in the UK are among the highest in the world. Yet we have a sector that relies so heavily on support payments. We need a future agricultural policy that has an efficient, competitive and sustainable farming sector at its core; one that is properly supported and given adequate time to adapt and invest for the future.”