‘Diversification into ethanol production would recreate industries that have died’ 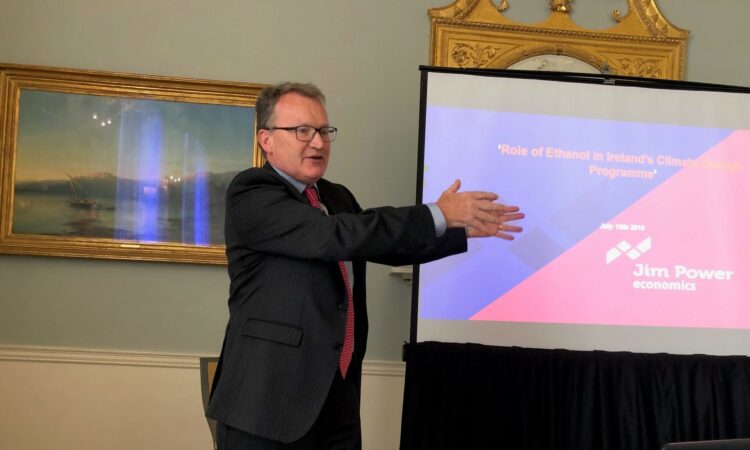 Economist Jim Power pointed out today, Tuesday, July 16, that farmers who are prepared to diversify into ethanol production will end up contributing hugely to the recreation of numerous other industries – that have long-since died in this country.

Power was speaking following the launch of his new report: ‘The Role of Ethanol in Ireland’s Climate Action Programme’ which was commissioned by Ethanol Europe as part of the company’s new awareness campaign that seeks to highlight the utilisation of ethanol production as a climate solution.

Power said that Ireland’s international climate obligations were clear – reduce greenhouse gas (GHG) emissions by 20% relative to 2005 levels for areas outside of electricity and to achieve a 16% renewable energy share of gross energy consumption by 2020.

Ethanol is a clean, high performance, renewable fuel that works in most modern cars and in certain trucks.

He continued: “Its use boosts energy efficiency, helps reduce harmful emissions and contributes to the fight against climate change.”

Speaking to AgriLand, Power said he visited Hungary recently where he discovered a number of farmers who had diversified into ethanol production. He pointed out that the move had created “a very sustainable farming community” in areas that had previously been struggling.

The one thing that strikes me is that – as we know traditional farming methods are under pressure in this country – we need to look more and more at diversification.

Power continued: “There are all sorts of options and I think that this is one of those options. I would love to see the sugar beet industry being re-established here.

“Farmers have an incredible potential role to play in addressing the whole climate agenda but unfortunately they are not being facilitated at all by the system.”

The highly respected economist went on to say that he felt “very confident” that if Ireland got the sugar beet industry up and running again “it would satisfy a demand for much more than ethanol”.

“If Irish farmers could get involved in the whole ethanol production it would be a great start,” Power continued.

Ethanol Europe didn’t commission this report because it wants to sell ethanol into Ireland – they don’t…it’s too far away – but what this company does want to do is raise awareness around ethanol production as a climate solution.

“A move to ethanol production here could recreate industries that have died – that is the potential that this has.”

“Now some people will say this is a fanciful idea, but I don’t think that way at all; the official approach to this in Ireland is bizarre – the [powers that be] are not prepared to take it on.”

Before concluding, Power did warn about the fear around ethanol production that is apparent around policy and decision makers in this country.

There is a fear there – I mean Irish policy making is based on inertia – but I think that the Government needs to push this.

“If the Government does do that it will provide another alternative for Irish farmers. I’m not saying it’s the silver bullet or anything like that but it does provide an alternative and that is a very positive thing at this time.” 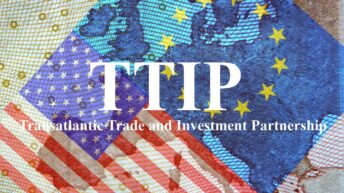