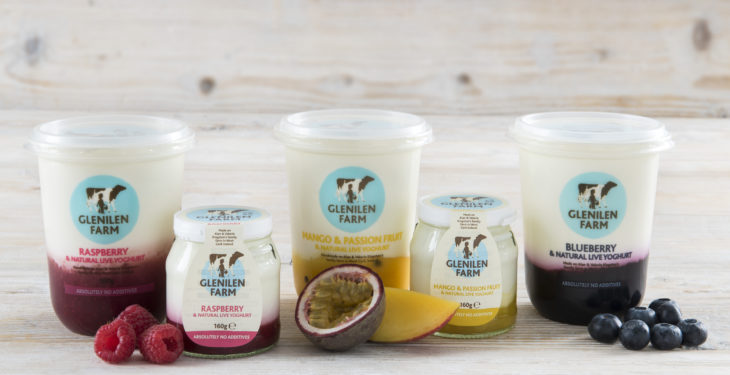 A long tradition in dairying on the small family farm, combined with his wife’s experience in yoghurt making and dairy development in West Africa, helped Alan Kingston build up a successful farm business.

The farm, on the banks of the River Ilen in Drimoleague, west Cork, is home to the highly successful Glenilen Farm brand.

Alan Kingston left school at the age of 15, and inherited the farm in 1995. He owns 59ac and rents an additional 40ac.

After he married Val in 1997, she started using the milk from the farm to make yoghurt for the family, as well as cheesecakes for the local farmers’ market in 1998.

Val’s background was in dairy science. She had previously worked with Dairygold and CMP Dairies, making Sno yoghurt. She had also worked on a dairy development project in Burkina Faso, West Africa.

What started as a hobby developed into a successful business, with all the farm milk converted into products. These include: yoghurts; cheesecakes; small desserts; clotted cream; cream cheese; creme fraiche; butter; and lemonade cordial.

“We worked hard in the early days making and selling, and didn’t know much about marketing,” Kingston said.

We have 70 cows milked on the farm. I leased the farm four years ago to our farm manager, and we purchase the milk from him now. The farm supplies about 25% of the milk, with the rest being supplied by the co-op.

The business has now been built up to processing 2 million litres annually for Irish and UK retail markets. Yoghurt accounts for 90% of the business, with butter and desserts making up the remainder.

The couple, who have three teenagers, have won a slew of awards for their products. These include: EY finalist; Irish Food Guild Awards; Bord Bia Food Awards; Great Taste Awards; and Agri Business Awards.

Glenilen has been expanding in the UK, but uncertainty as a result of Brexit has seen it look into France, Germany, and other European markets. 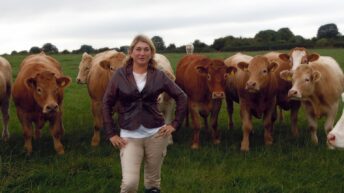