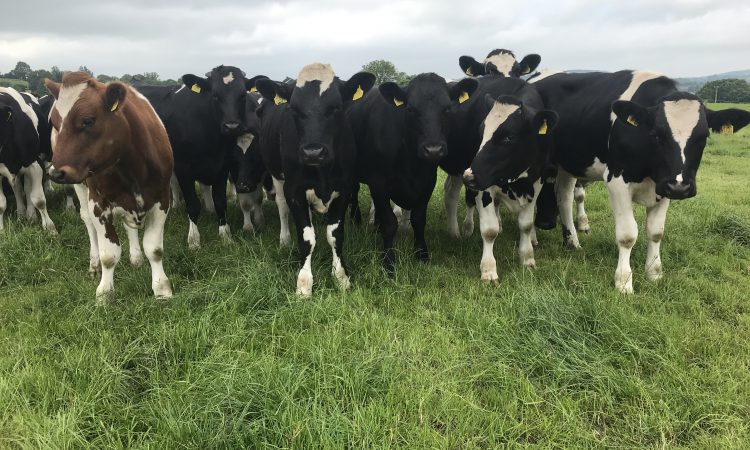 Farming in Boher, Co. Limerick, Ciaran Bartley runs a dairy calf-to-beef operation on 74ha of land – 29ha which are owned and 45ha that are leased.

Ciaran – who also works as an agricultural contractor – is a participant in the Teagasc Green Acres Calf to Beef Programme.

He purchased 145 Friesian and Aberdeen Angus bull calves (€100/head average price) in spring 2019 and approximately 100 of the Friesian calves will be brought to beef – as steers – at an average age of 24 months, while the remainder of the Angus calves will be put on the live market as stores in August or September.

The two blocks of land – some of which are described as heavy – carry a stocking rate of 1.85LU/ha.

By doing so, the Limerick-based farmer will be able to increase the tonnage of grass grown, leading to improved animal performance and higher carcass weights from grass. 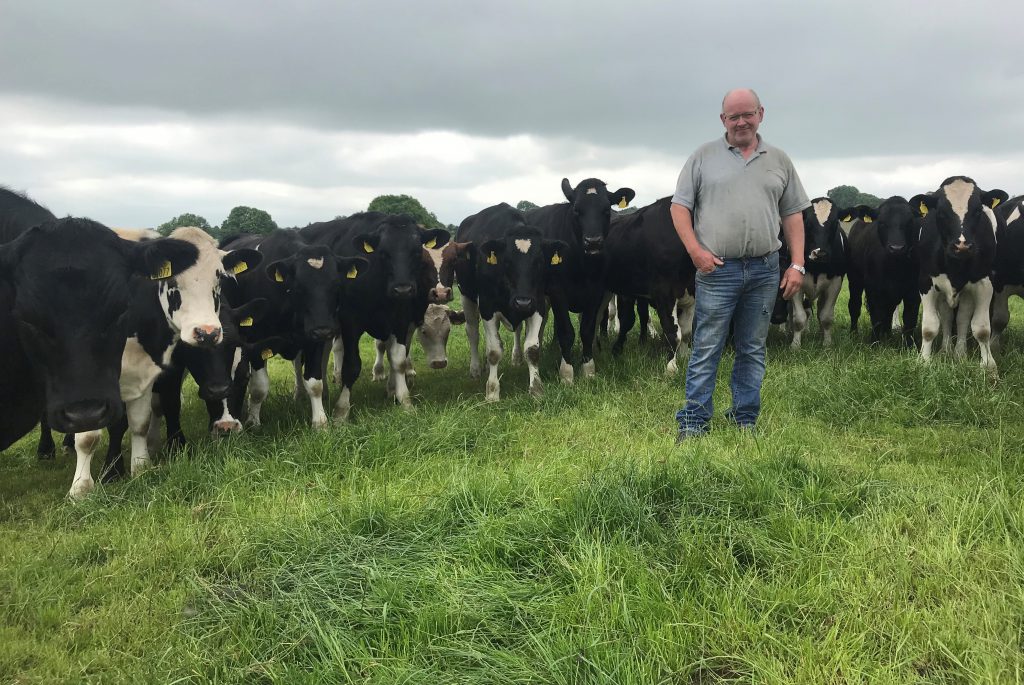 Soil analysis completed in early 2019 indicates that 50% of the paddocks on the farm require lime, while just three paddocks are at the optimum indices for phosphorous (P) and potassium (K).

The plan is primarily focused on addressing soil fertility issues, implementing a reseeding programme and reducing the number of farms from which the dairy calves are purchased.

With a heavy farm, Ciaran’s turnout date can be delayed, so there will also be an emphasis on growing and harvesting excellent-quality forage which, in turn, will help to lower the costs associated with feeding concentrates to weanlings and finishing stock over the winter months.

No major changes will take place on Ciaran’s farm in the immediate future in terms of animal numbers. However, it will be a case of fine-tuning what’s already in place and getting more from grass.

Increasing numbers is not an option for Ciaran at the moment, as winter accommodation for extra cattle would be an issue. In addition, the introduction of a fodder crop to out-winter weanlings on is also not an option, due to the type of land involved.

This will be done by keeping purchased concentrate to a minimum and improving the quality and maximising the proportion of grazed grass in the diet.

As mentioned above, there is a lot of work to be done in terms of soil fertility – especially on the rented block. First things first; lime is a priority and will be targeted for low-pH swards over the autumn period; it will be spread at 2t/ac. 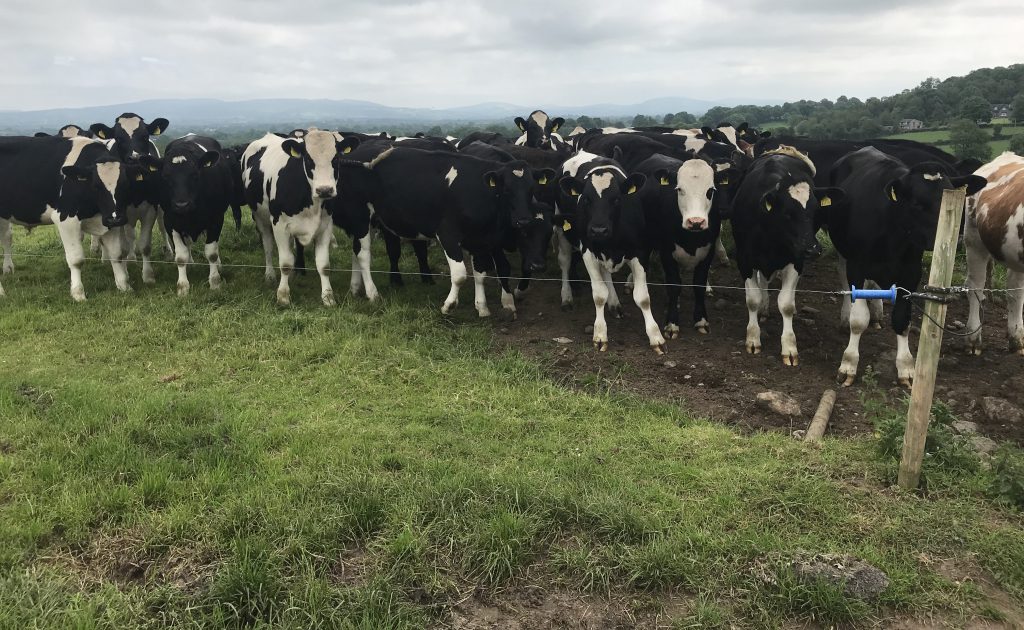 Targeting the rented block, Ciaran will explore the possibility of importing pig slurry in order to build P and K levels.

The Teagasc Green Acres Calf to Beef programme manager – Alan Dillon – said: “Pig slurry will be great for the rented farm to bring up the Ps and Ks and put a bit of life into it; it will also cut chemical fertiliser costs.

Ciaran noted that getting pig slurry to all of this land may be a problem due to the nature of the ground, so 18-6-12 and 10-10-20 will also be used to build indices.

Some reseeding was already carried out on the home block in recent years. However, the plan is to reseed two paddocks on the rented block this autumn; this area amounts to just under 7.5ha.

After some excavator work is carried out, and once lime is spread, these paddocks will be ready for reseeding.

Similarly to Jarleth Ruane – who is also a participant in the Teagasc Green Acres Calf to Beef Programme – calves were purchased from many different dairy farms – which led to some health issues this spring.

However, Ciaran bought 50 calves from one particular dairy farmer; they were vaccinated before they landed on the farm.

By doing so, he knows the health status of the dairy herd and he can be confident that each calf has received an adequate amount of colostrum; this will reduce the risk of introducing disease onto his farm. 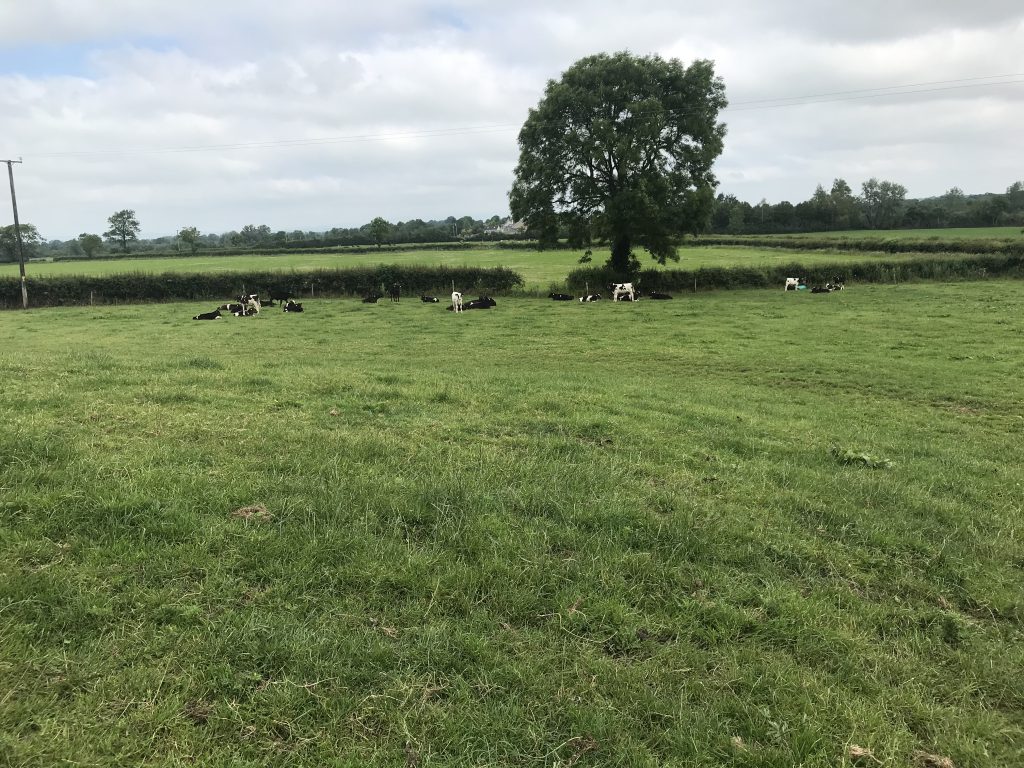 Ciaran can also be confident that the calf has been managed correctly in terms of milk, calf creep and water in the early days of life, which allow the animal to reach its weight targets in future months.

Ciaran – with the help of his local Teagasc advisor Aileen Walsh – will look at developing relationships with farmers – with suitable calves – in a local dairy discussion group, which will result in Ciaran purchasing calves from a maximum of three-to-four known sources.

“All I want is a good, square calf and I’m willing to pay the market value for that calf,” Ciaran explained.

A vaccination plan against pneumonia, IBR and clostridial diseases has also been put in place; faecal samples will also be taken in the near future.

Because Ciaran is looking to increase carcass weight, regular weighing of animals must be a part of the system on the farm; any setback in performance will make this target harder to reach.

The silage fed over the first and subsequent winters must be of top quality. The Limerick man carries out a farm walk every week and – from this – calculated decisions are made when it comes to taking out paddocks for good-quality silage. 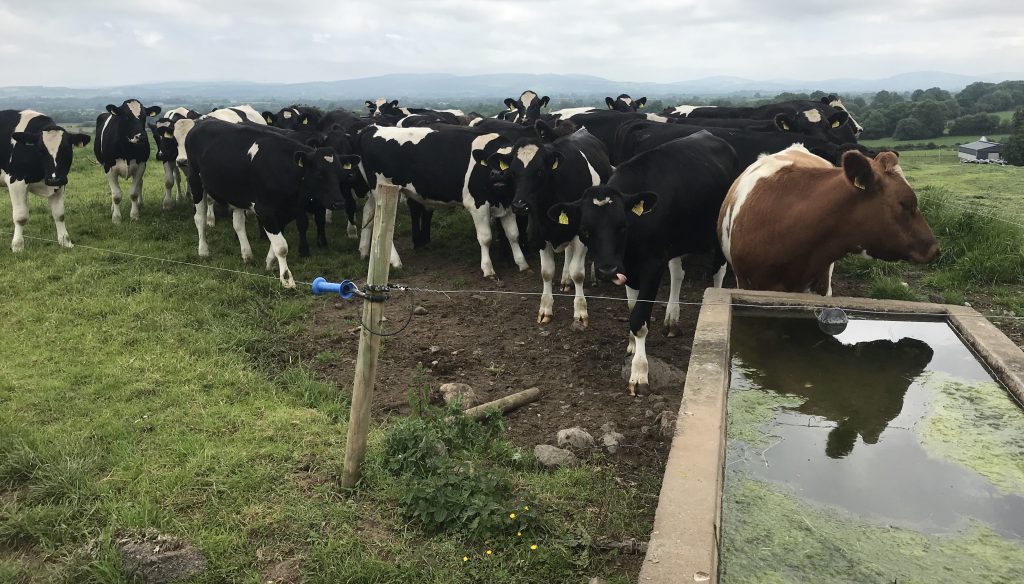 Ciaran also has his own equipment for doing so, which he can use to his advantage. Silage quality will also be tested in due course, and decisions on meal levels during the winter will be based on these results.

First-cut silage was harvested on May 20 and mid-June; 11ac have been earmarked for a second cut; all silage is harvested as bales. 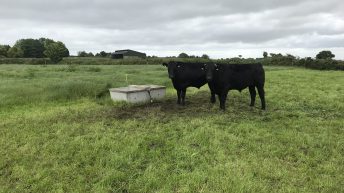