Starting small in 2016, the Ruanes bought 10 calves and – after a successful rearing period that year – this number was increased in 2017 and 50 calves were purchased in spring 2019.

A graduate of Mountbellew Agricultural College, Jarleth predominantly had been purchasing Aberdeen Angus, Friesian and Friesian-cross Jersey bull calves, along with 30-35 continental store cattle each year and bringing all to slaughter.

Limited housing space for calves in the springtime poses a challenge for Jarleth; therefore store cattle are purchased to increase the stocking rate. 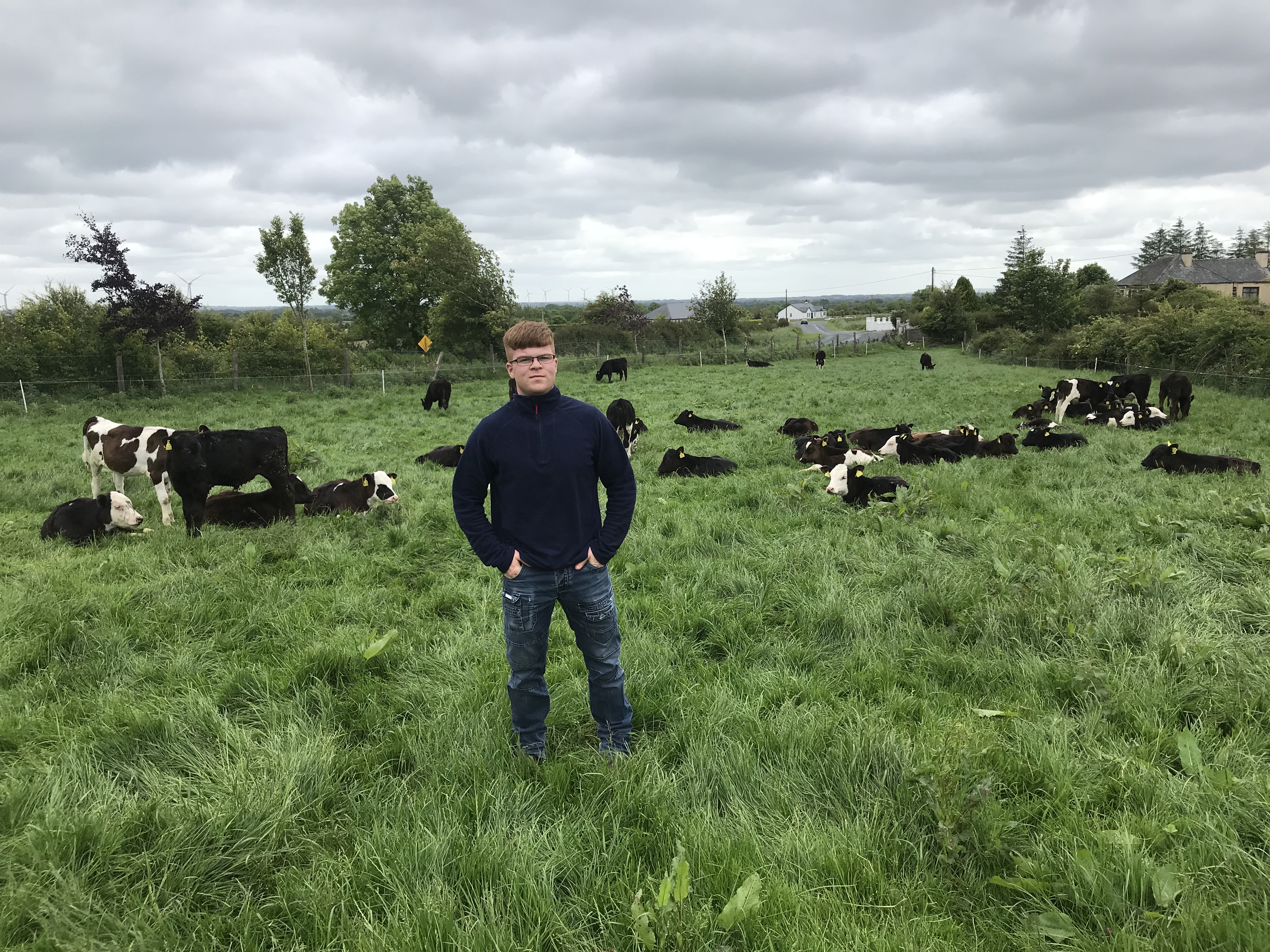 Jarleth acknowledged that buying these store cattle in the springtime can tie up a lot of money, so there are plans to make adjustments to existing housing and possibly build a new calf-rearing unit in the near future.

The plan is primarily focused on reducing the costs of production, slaughtering cattle quicker and moving more animals through the system.

It also involves an animal health plan and a change in tactics when it comes to sourcing the calves for the farm.

This led to the purchased calves coming from many different farms in many different locations; these calves would be finished as steers under 30 months. 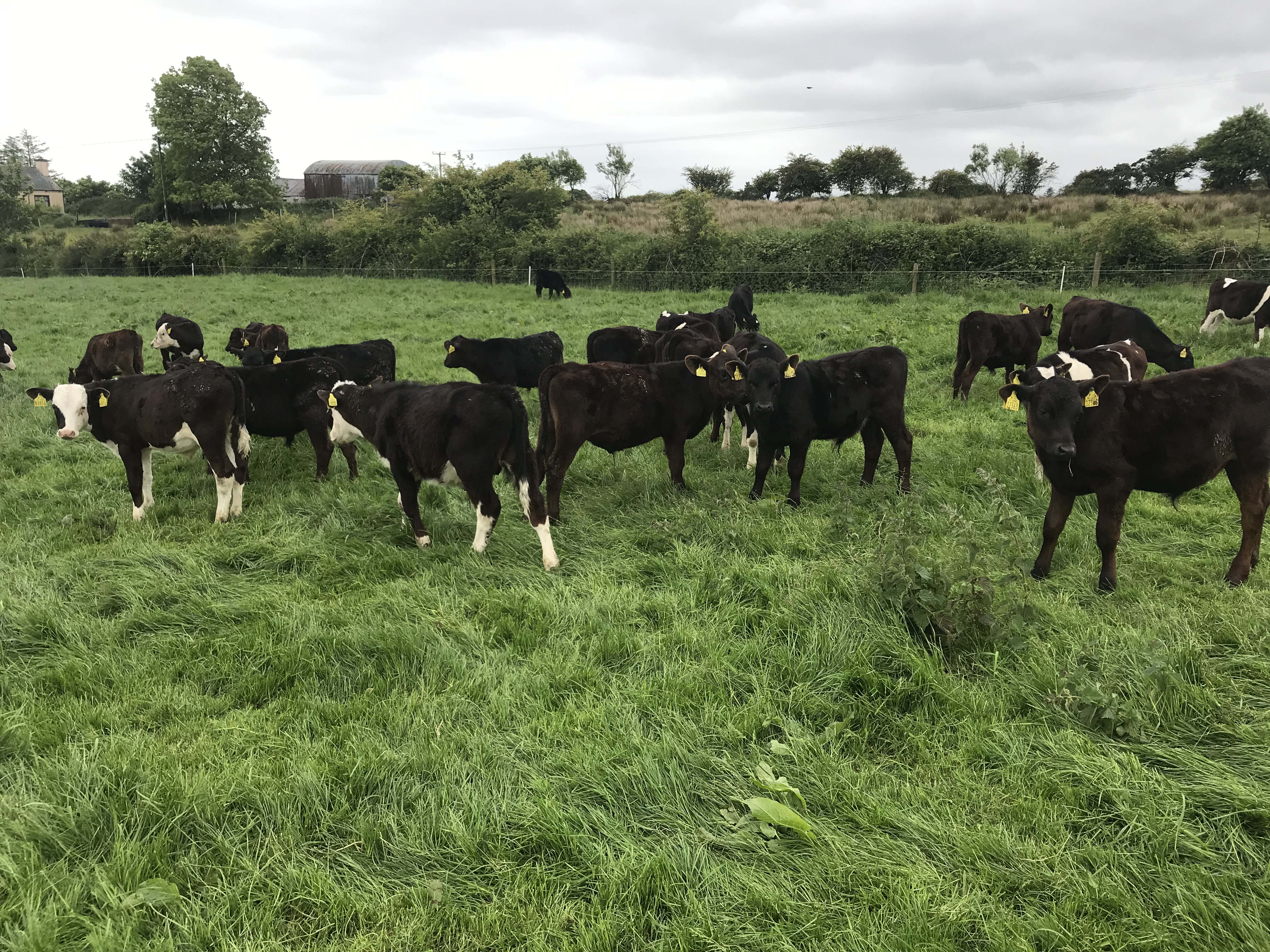 From now on, Jarleth intends to purchase calves direct off dairy farms and build up good relationships with these farmers.

By doing so, he will know the health status of the dairy herd and he can be confident that the calf has received an adequate amount of colostrum, and this will reduce the risk of introducing disease onto the farm.

Jarleth can also be confident that the calf has been managed correctly in terms of milk, calf creep and water in the early days of life, which allow the animal to reach its weight targets in the future months.

It may also be possible for the calf to have received its first vaccinations prior to arriving on the Ruanes farm. Jarleth will focus on purchasing Friesian and Angus calves in the future, keeping away from the Jersey genetics. 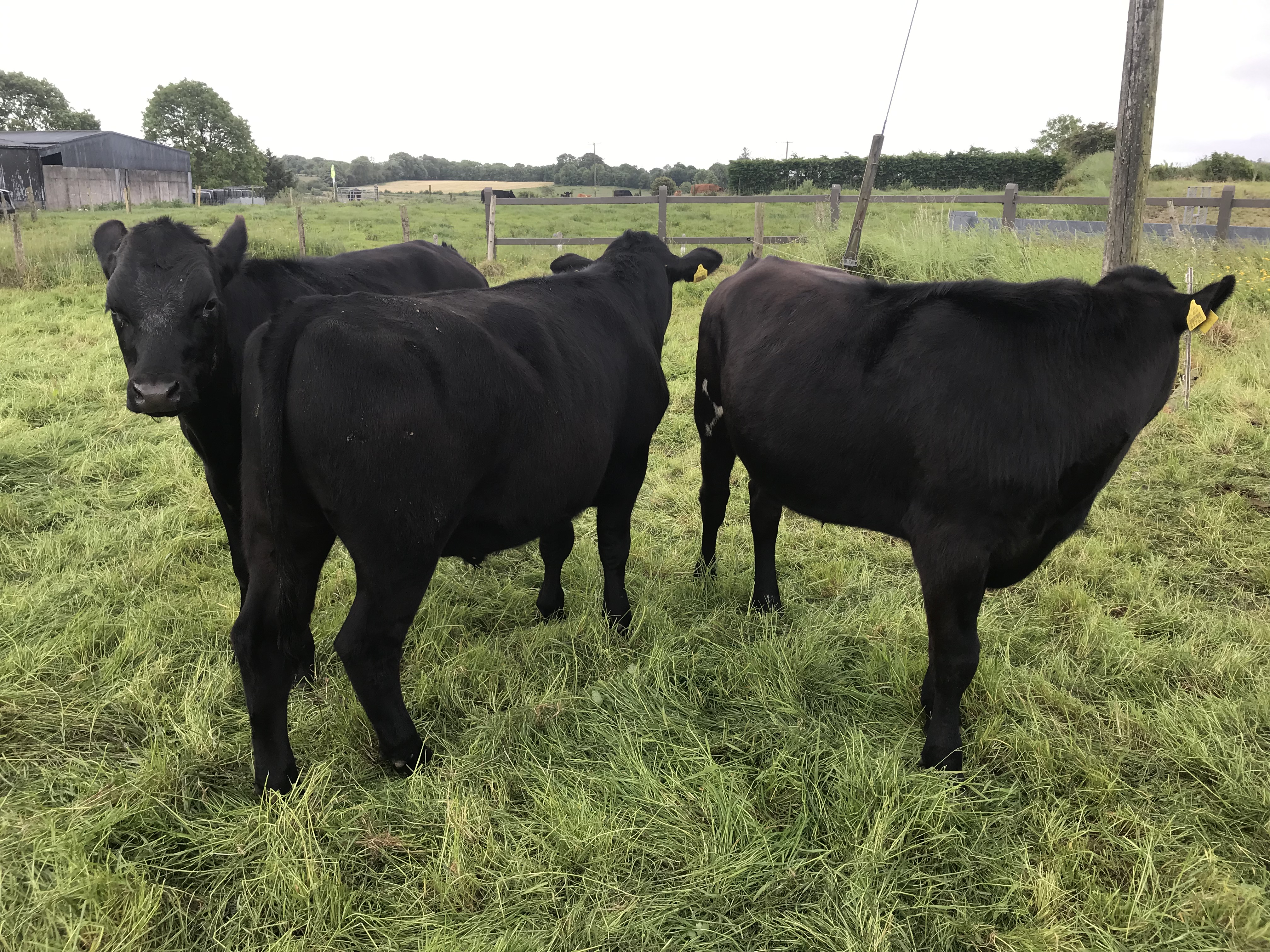 A vaccination plan against pneumonia, IBR and clostridial diseases has also been put in place. While the drought had a large impact on the farm last year, an effort will be made to reduce the concentrate bill going forward.

Once the calves are turned out, they will continue to receive a calf ration for one month depending on grass quality. All going to plan they will receive good-quality leafy grass until housing in November.

During the housing period, the weanlings will be offered good-quality silage along with 1kg/day (depending on silage quality) of a 16% weanling ration until turnout mid-March of the following year.

The yearlings will then consume a grass-only diet until housing in November. However, weighing will take place in August and any animal approaching 500kg liveweight – especially the Aberdeen Angus cattle – will be pushed on. 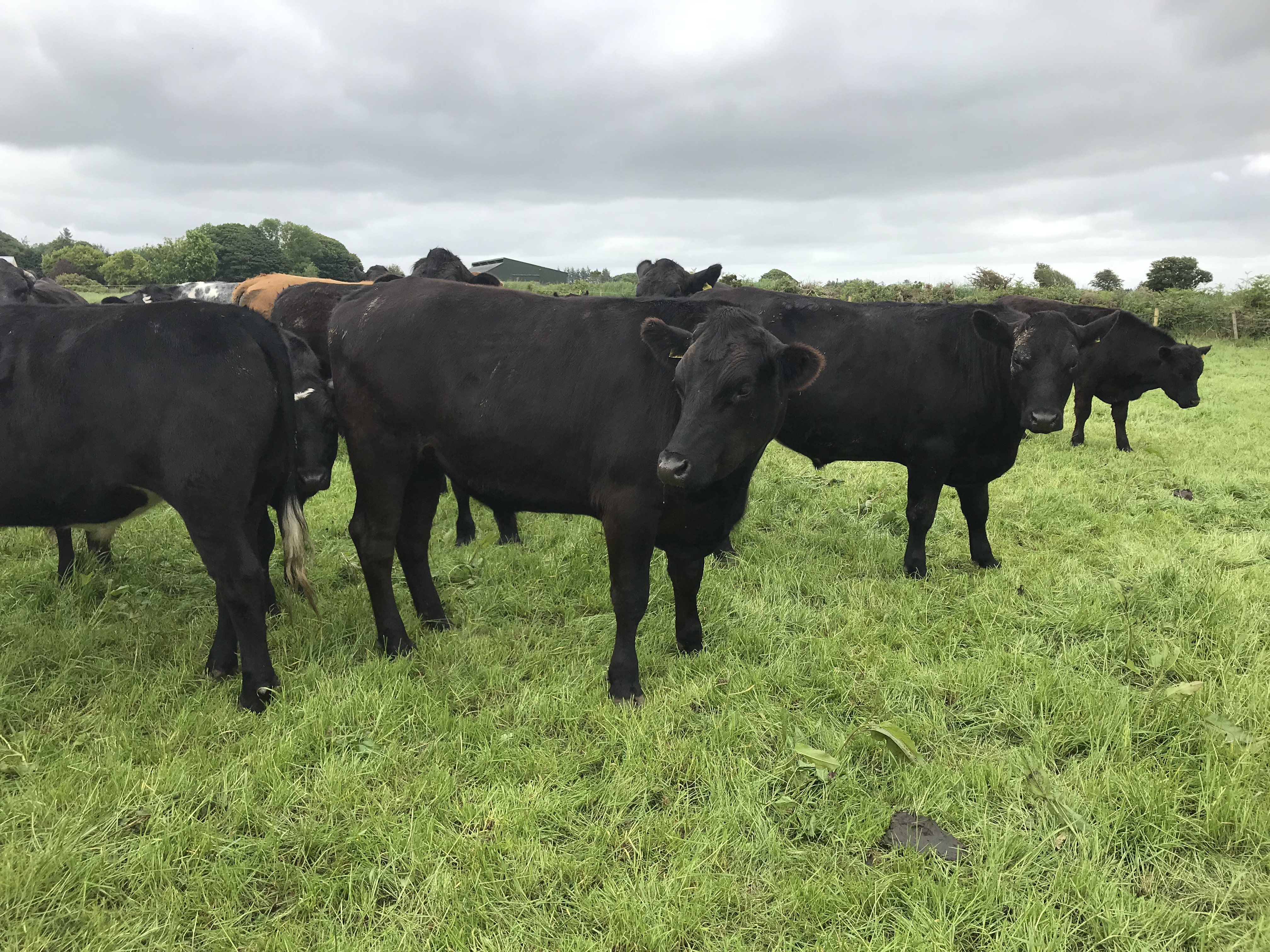 These cattle will be started on 2kg/day of a finishing ration and quickly worked up to 5kg/day at grass over a two-week period. They will then be housed and finished aiming for the Christmas market.

While carcass weights will be lighter, this will generate cash-flow and save on slurry storage, silage and feed costs. The remaining cattle will be fed for the winter and killed off grass the following year.

The farm is well set-up to grow grass and Jarleth has good grassland management skills; he aims to reseed a proportion of the farm every year.

“In the last three years, I’ve really concentrated on grass management. I only started measuring grass since the programme started and it’s a good job. I have the confidence to take out paddocks and I walk the farm every Monday,” Jarleth explained.

Surplus paddocks have been cut and baled and first-cut silage was harvested during the first week of June. The good-quality silage harvested from strong paddocks will be fed during the winter – reducing the amount of concentrate needed. 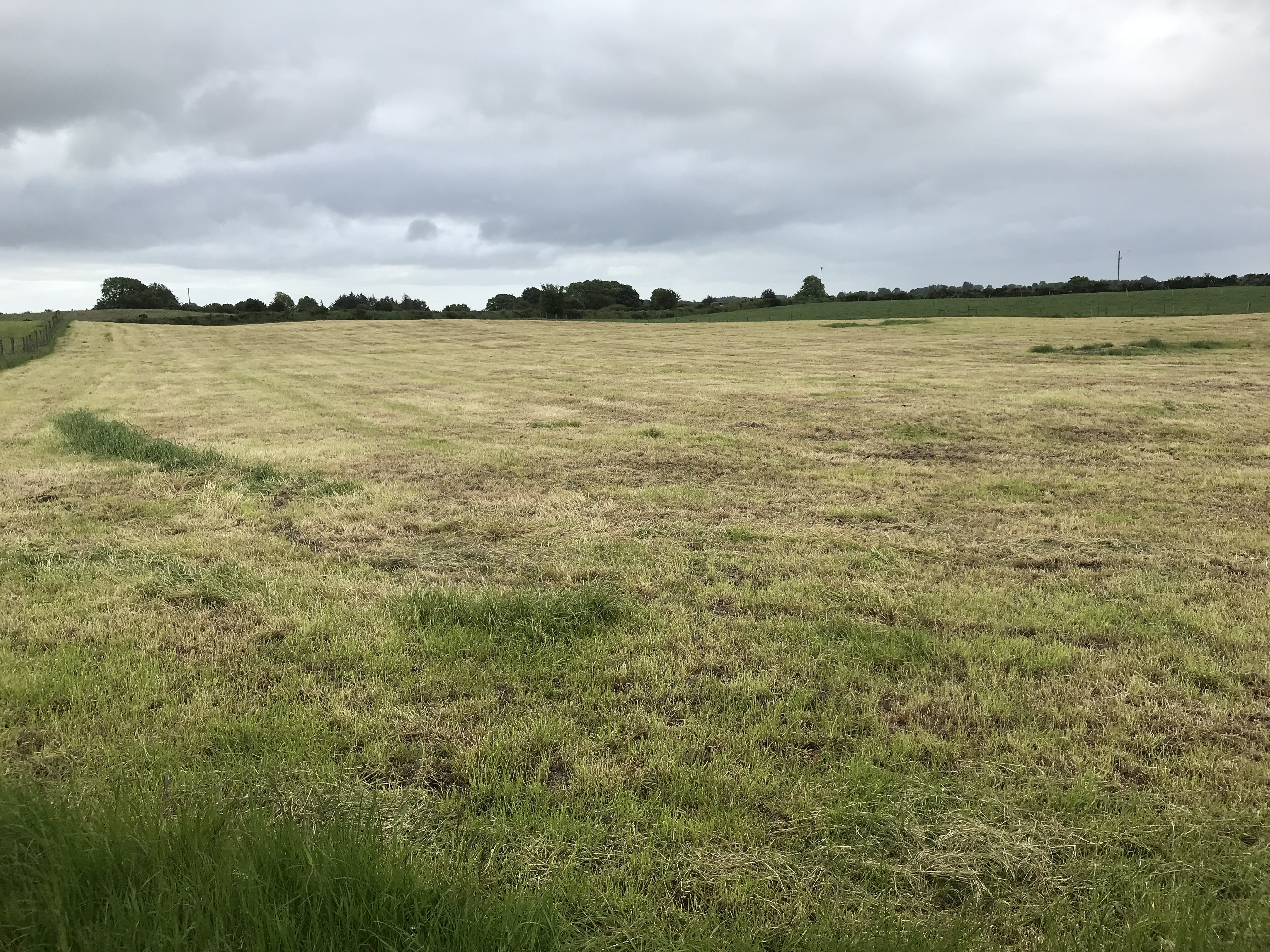 Last year, the majority of silage tested in the range of 68-70% dry matter digestibility (DMD) and this year Jarleth hopes to have 70% plus DMD silage.

In addition, 23 paddocks, a roadway and improved water system have been put in place on the owned land located a short distance from the home farm. This is also where the slatted units are located and improvements have been made around this yard. 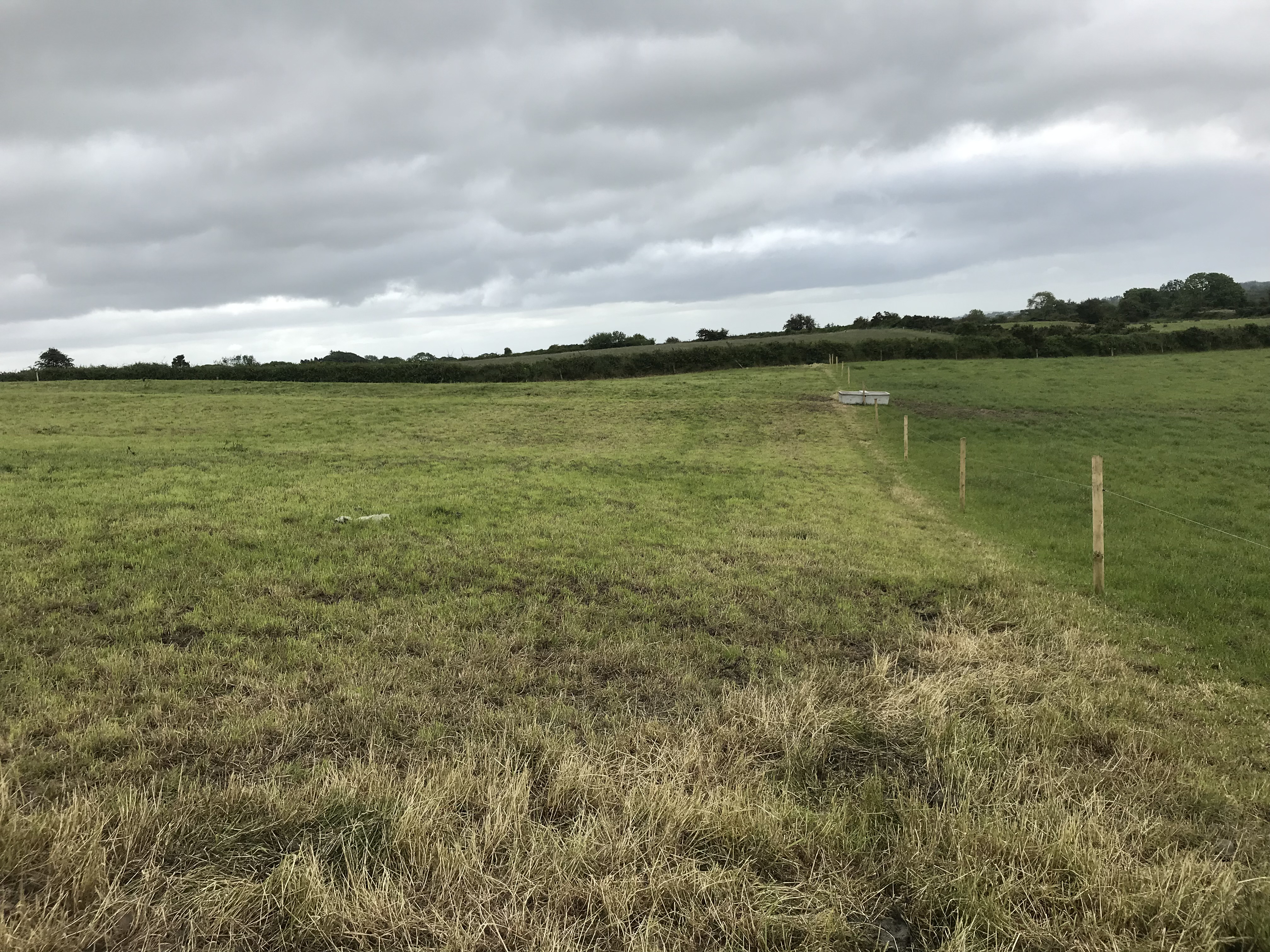 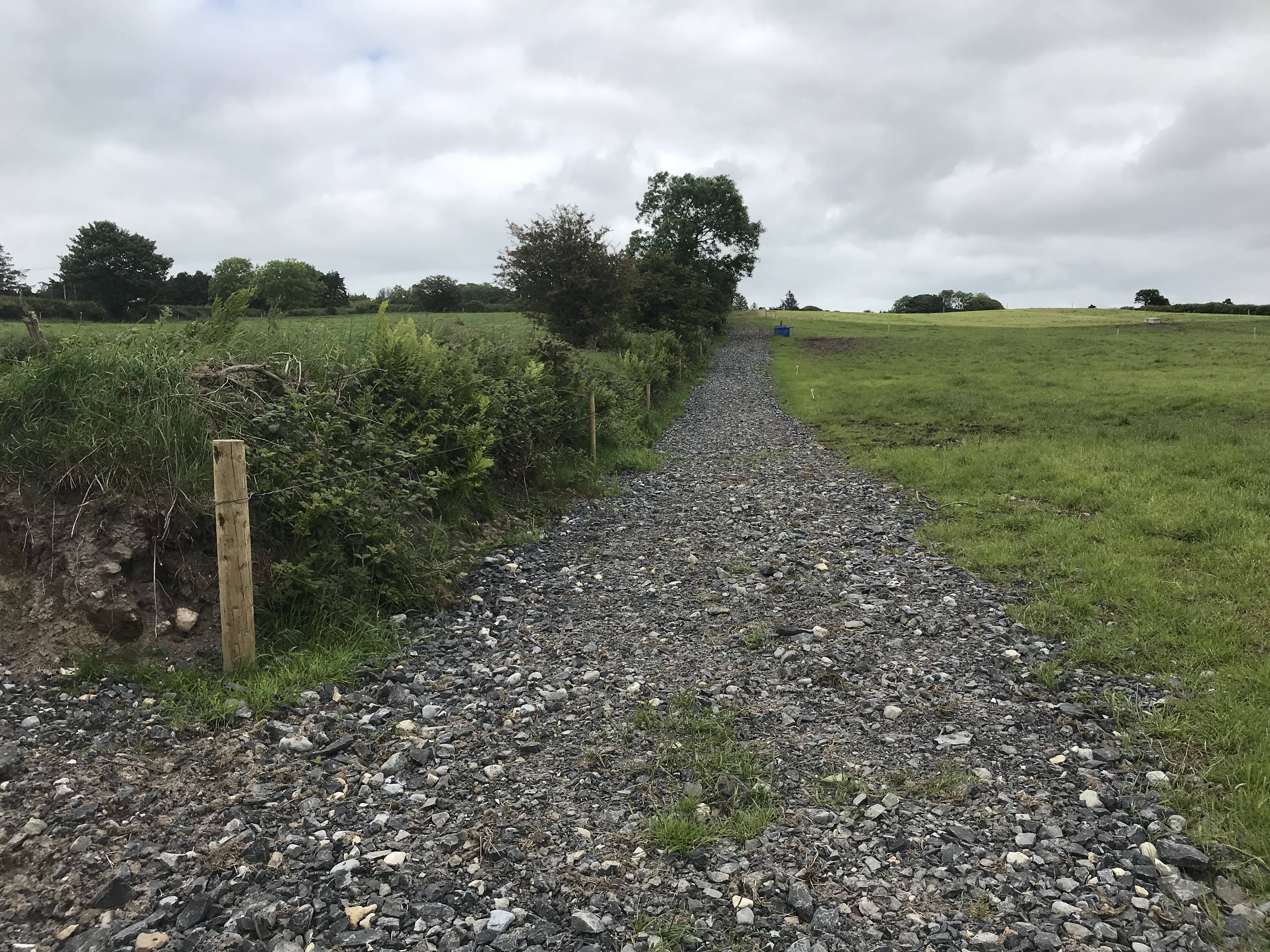 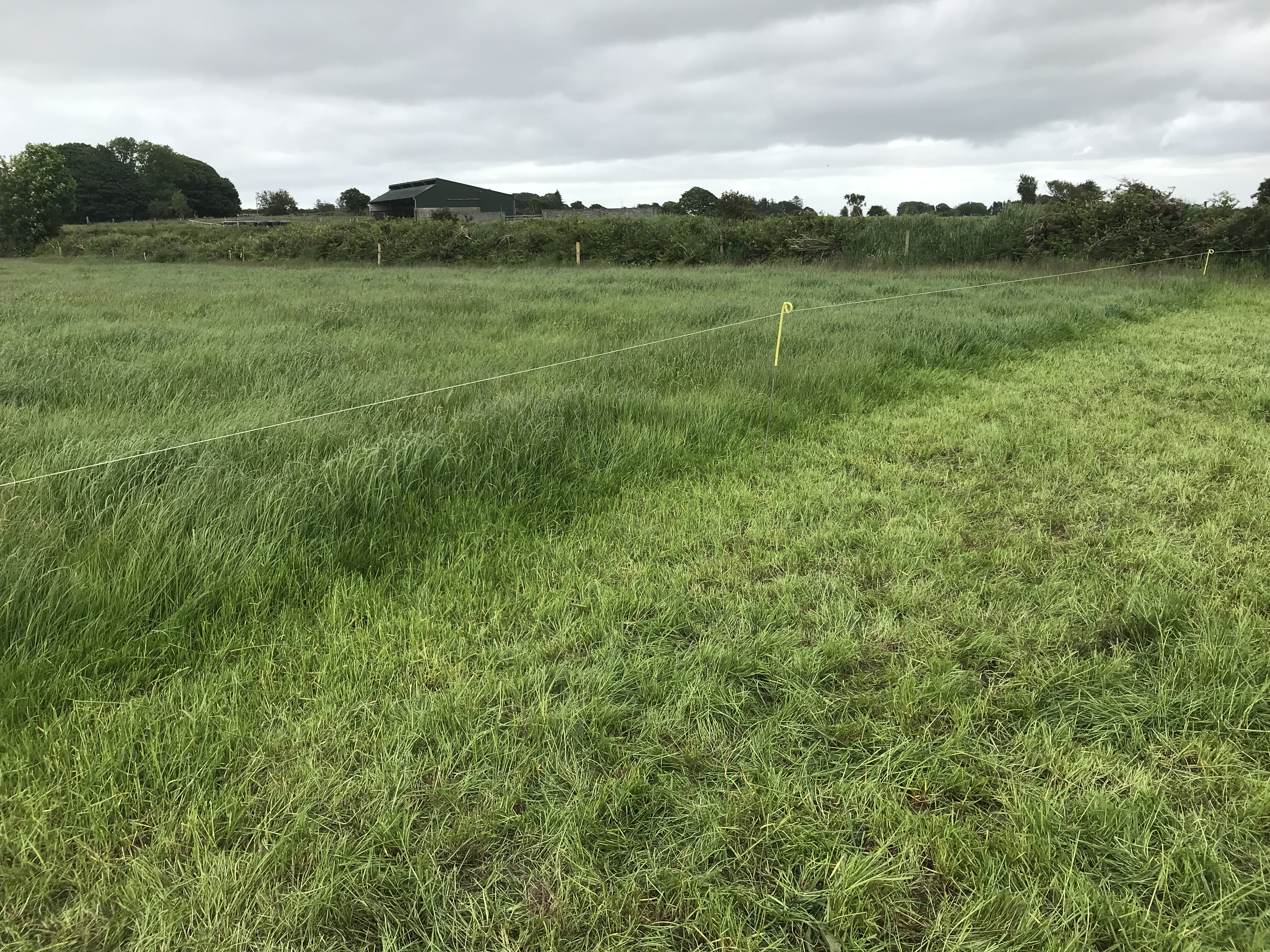 Both Jarleth and Austin will look at improving the accommodation for calves next spring by travelling around to different farms and looking at methods of improving ventilation and space to existing buildings.

Soil fertility on the farm is good, with only one paddock requiring lime and Jarleth has began building phosphorus (P) levels on some of the farm.

Commenting on why he entered the Teagasc Green Acres Calf to Beef Programme, the Mayo native said: “I wanted to get more advice on the grass management and calf health side. I wanted some help on this; I was growing the grass, but I couldn’t control it sometimes.”