‘Kerry and Glanbia have great recipes for success’ 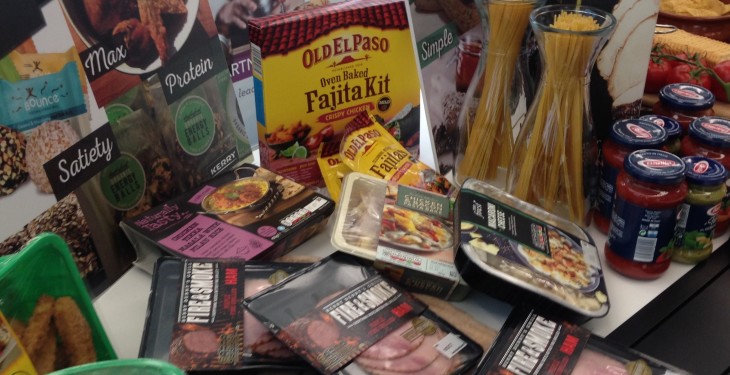 A very significant business-to-business ingredients profile and an expanding international footprint are the key parallels behind the Glanbia‘s and Kerry Group‘s well-received financial results earlier this week.

That’s according to Jack Gorman, Equity Analyst at the food research unit at Davy Research.

Similarly, trading profit at Kerry Group plc in 2015 increased by 10% to €700m, while sales revenue on a reported basis increased by 6.1% to €6.1 billion. Kerry also announced earlier this week that business volumes progressively improved during 2015, delivering 3.8% year-on-year growth.

“I think you can see from the share price reactions that both results have been pretty well received, even though there are a couple of different drivers across both sets of accounts,” Gorman said.

“In general, the figures were better than people’s expectations, in terms of revenue growth, margin expansion and cash flow.

“Investors looking at these numbers are going to be pretty pleased with the main financial metrics from the two. The outlook from both companies is also pretty positives as they both have quite a lot of opportunity to grow.”

Global agricultural commodity prices, as measured by the FAO Food Index, showed a 19% decline during 2015.

Gorman identified two chief parallels of Kerry Group and Glanbia that offer some reason as to why they both did so well during such a difficult year for the wider international industry.

“Both have a very significant B2B [business-to-business] ingredients business. Kerry’s would be the larger but they are both offering not just dairy-based ingredients but a whole range of non-dairy ingredient solutions to a customer base that is changing hugely,” Gorman said.

“The other important parallel is the international footprint they both now have. Kerry and Glanbia have intensively expanded, not just in terms of their internal spend but also following that up with other deals in the US and European markets.”

Aside from a growth in revenue, Glanbia chiefly express its growth for 2015 by EBITA (earnings before interest, taxes and amortization) and EBITA margin, while Kerry Group goes with trading profit and trading margin.

But what is the fundamental difference for the would-be investor?

“The labels both companies put on them is different, but they are both looking at the operating profit before amortization and one-off charges. They’d be broadly similar in the metrics they are using, even though they are calling it something different,” said Gorman.

“Essentially what the stock market does is try and get a line on the profit and loss account that is a good proxy for cash flow.”

Gorman added that after-tax profit has never been a particularly good proxy for cash flow, whereas over the last decade many companies prefer to use EBITA or EBITDA (earnings before interest, taxes, depreciation and amortization).

“Both try to give a sense to investors of as clean an underlining picture to the business as they can. But it’s a philosophical approach as much as anything and there is probably no right answer for it.”

He concluded that agri-food companies generally have a “fair split” between EBITA and EBITDA in their financial results.