Food stocks down, but considered a ‘safer haven’ during market volatility 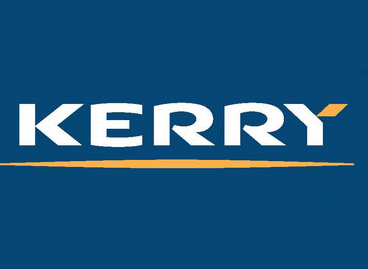 Food stocks are perceived to be less exposed to economic cycles than other industrial sectors as they are recognised as safer havens during stock market volatility.

That’s according to Jack Gorman, Equity Analyst at Davy Research.

“My sense is that [agri-food] management teams have enough sense to focus on taking care of their own businesses, in the belief that share prices will ultimately take care of themselves. So, plainly, they have to be cognisant of this stock market volatility, but it’s not within their control.”

“Kerry shares are down from highs, but this is fairly closely aligned with the broader-listed food sector in Europe so far this year. Interestingly, foods stocks are performing a little better than other sectors, even if down in absolute terms,” Gorman said.

“Both Kerry and Glanbia report FY15 results next week, so the market will be looking at how both performed and at managements’ outlook for 2016. We are positive on both stocks and both have plenty of opportunities for growth in the current year.”

Since the start of this year equity markets and commodities have slumpped in what some commentators believe is an investor response to the potential of a forthcoming global recession once more raising its head.

“The weakness in stock markets so far in 2016 have been associated with a combination of a turn in the US interest rate cycle, worries resurfacing about global economic growth prospects – most notably in developing markets such as China – and an ongoing deterioration in oil prices,” Gorman told Agriland.ie.

Kerry Group is a leading Irish-based, mulit-billlion international agri-food business, with a 2014 group revenue of €5.8billion.

Kerry Group employs over 23,000 people producing over 15,000 products, mainly in the taste and nutrition sectors, as well as functional ingredients and actives for the global food, beverage and pharmaceutical industries.

It has made several international acquisitions in recent years, including $735m on three US acquisitions last year, when it also opened a new R&D lab in Naas. According to tits website, Kerry Group employs over 800 scientists.

Its share value appreciated 34% in 2015, the latter half of which saw it grow from €64 to €78 by Christmas. It has signalled earning growth this year of less than 10%, but some analysts say it could still crack into three figures before 2020.

However, Kerry Group shares largely dropped in the first three weeks of January, to €72. They then rebounded to €77, but have since dropped again to the €72 mark.

Headquartered in Kilkenny, Glanbia is global nutrition company that employs over 5,800 people in 34 countries, with its products sold or distributed in over 130 worldwide. Its shares are listed on the Irish and London Stock Exchanges.

In 2014 it had total group revenue of €3.5 billion: its fifth consecutive year of double digit earnings growth.
Specialising in sports nutrition, ingredients and dairy products, Glanbia’s share price rose 33% last year, benefitting, much like Kerry Group, from the dollar’s strength against the euro.

Without such favourable currency fluctuations it is estimated that Glanbia’s revenue for their ingredients business, for example, would have been down more than 10% last year.